Levi Strauss is encouraging employees to get counseling and advocate for gun control after the Rittenhouse verdict.

Levi’s Chief Diversity, Equity & Inclusion Officer Elizabeth Morrison sent a letter to employees, obtained by the Daily Mail. She claimed that the news of the Rittenhouse verdict, following “racial justice protests last year” created a “difficult day for many.”

“The pain and trauma of race, identity and belief-based tragedies is a reality that many of us are struggling with on an ongoing basis,” Morrison, who has worked at Levi Strauss for just over a year, continued. “It can feel physically, mentally and emotionally draining to continue to relive these moments, and I want you to know, it’s okay to not be okay.”

Morrison wrote about her plans to host a fireside chat with Dr. Jamila Codrington, a “racial trauma specialist,” to “talk about the mental and physical impacts of back-to-back social and racial justice  events and trauma coping mechanisms.”

The letter concluded with a call to action, encouraging workers to donate to “social justice” organizations and contact “elected officials to let them know just how important common-sense gun laws are to you.”

Workers were told they can take paid volunteer time for “advocacy efforts,” while Levi Strauss will match employee’s donations 2:1 to “organizations focused on racial equity, justice and curbing gun violence.”

Codrington is an adjunct professor at the New York Theological Seminary and serves on the Board of Directors for the New York Association of Black Psychologists.

She has espoused controversial views in the past. For example, in 2014, she wrote an article published in Cultural Studies of Science Education, titled, “Sharpening the lens of culturally responsive science teaching: a call for liberatory education for oppressed student groups.”

The Karen Hunter Show published an interview with Codrington in January 2021. The New York psychologist claimed, “one of the main weapons of colonialism and white supremacy was to destroy our memory, and to separate us from, basically our wealth, our cultural wealth. We’ve been erased out of history books. We were forced not to speak our native tongue.”

Levi Strauss has taken political stances before. In May 2021, Just the News reported that the apparel company signed a letter criticizing Texas’ election reform law. 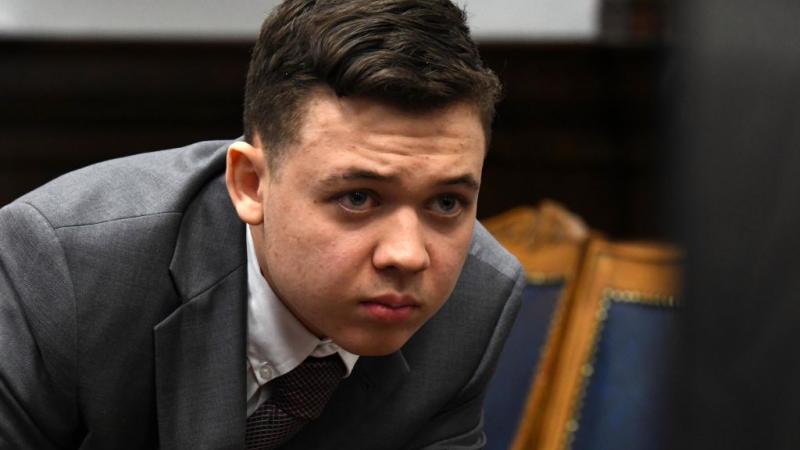 Kyle Rittenhouse: The media tried to make me look guilty, 'put me in prison the rest of my life'

Kyle Rittenhouse on meeting Trump: 'Normal guy' with 'some of the best cheeseburgers'

WATCH: 'JUST THE NEWS – NOT NOISE,' with Kyle Rittenhouse