"The Intercept is attempting to censor my articles," Greenwald says.

My Resignation From The InterceptThe same trends of repression, censorship and ideological homogeneity plaguing the national press generally have engulfed the media outlet I co-founded, culminating in censorship of my own articles.https://t.co/dZrlYGfEBf— Glenn Greenwald (@ggreenwald) October 29, 2020

Writer Glenn Greenwald announced Thursday that he's submitted a letter of resignation to The Intercept, a media company that he co-founded.

Greenwald said that the final straw contributing to his decision to depart from the news organization was the censorship of a piece he authored this week.

He said that the editors in New York would not publish the piece unless he consented to extract passages critical of Democratic presidential nominee Joe Biden.

"The precipitating (but by no means only) cause is that The Intercept is attempting to censor my articles in violation of both my contract and fundamental principles of editorial freedom," Greenwald wrote in his letter of intent to resign.

"The latest and perhaps most egregious example is an opinion column I wrote this week which, five days before the presidential election, is critical of Joe Biden, the candidate who happens to be vigorously supported by all of the Intercept editors in New York who are imposing the censorship and refusing to publish the article unless I agree to remove all of the sections critical of the candidate they want to win," he wrote. "All of that violates the right in my contract with [First Look Media] to publish articles without editorial interference except in very narrow circumstances that plainly do not apply here."

My Resignation From The InterceptThe same trends of repression, censorship and ideological homogeneity plaguing the national press generally have engulfed the media outlet I co-founded, culminating in censorship of my own articles.https://t.co/dZrlYGfEBf— Glenn Greenwald (@ggreenwald) October 29, 2020

Greenwald said that the editors also did not want him to publish his story with any other outlet.

"Under my contract, I have the right to publish any articles [First Look Media] rejects with another publication," he wrote. "But Intercept editors in New York are demanding I not only accept their censorship of my article at The Intercept, but also refrain from publishing it with any other journalistic outlet, and are using thinly disguised lawyer-crafted threats to coerce me not to do so (proclaiming it would be “detrimental” to The Intercept if I published it elsewhere)," Greenwald wrote in his letter of intent to resign from the outlet.

He condemned the company for failing to publish diverse viewpoints and said that it had strayed far from where it originally began.

"The current iteration of The Intercept is completely unrecognizable when compared to that original vision," he wrote in a lengthy statement about his decision to resign. "Rather than offering a venue for airing dissent, marginalized voices and unheard perspectives, it is rapidly becoming just another media outlet with mandated ideological and partisan loyalties, a rigid and narrow range of permitted viewpoints (ranging from establishment liberalism to soft leftism, but always anchored in ultimate support for the Democratic Party), a deep fear of offending hegemonic cultural liberalism and center-left Twitter luminaries, and an overarching need to secure the approval and admiration of the very mainstream media outlets we created The Intercept to oppose, critique and subvert." 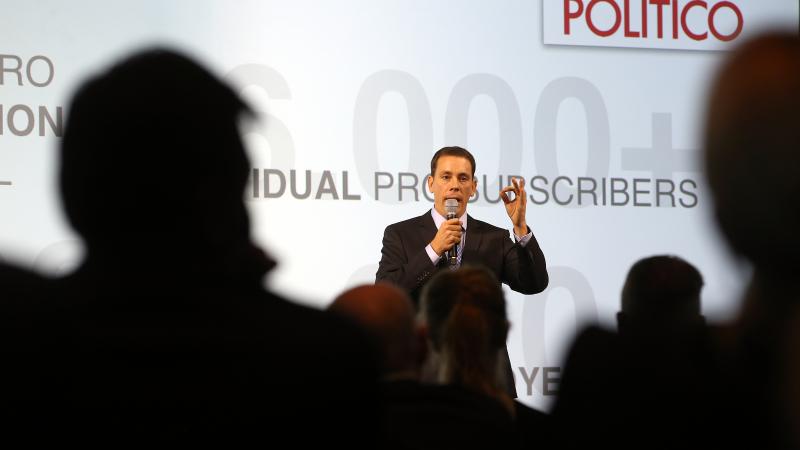