Gary Gensler, President Joe Biden's Securities and Exchange Commissioner, had final approval authority for the Hillary Clinton campaign's payments for the discredited Steele dossier, according to congressional testimony that is adding to concerns about conflicts of interest as the SEC investigates Donald Trump's social media firm’s merger request.

In addition, Sperry reported that SEC Associate Director of Enforcement Melissa Hodgman was married to Peter Strzok, the FBI agent who led the much-criticized Russia collusion probe and was fired in 2018 for anti-Trump texts on his official bureau phone.

The SEC declined comment when Just the News inquired  about Sperry's report, the role, if any, that Gensler and Hodgman are playing in the Truth Social investigation or whether the two SEC executives offered to recuse themselves from the inquiry.

In addition to the connections to Trump, Truth Social is run by former House Intelligence Committee chairman Devin Nunes, who played a key role in exposing Strzok's conduct during the Russia probe, the Clinton campaign's connections to the Steele dossier, the inaccuracies of the dossier and the FBI's reliance on the former British spy Christopher Steele to obtain FISA warrants targeting the Trump campaign and adviser Carter Page.

In the end, Nunes' probe exposed that the FBI ultimately determined that most of the allegations Steele placed in the dossier and shared with the agents were disproven, uncorroborated or meaningless Internet rumor and that the FBI misled the court about the reliability of the information.

Steele's main Russian source for the dossier, Igor Danchenko, awaits trial this fall on charges he lied to the FBI in connection with the Russia investigation. And the Steele dossier has become a powerful symbol of the FBI's failures in a probe that falsely painted Trump as a conspirator with Russia to hijack the 2016 election.

While Gensler was widely known to be the Clinton campaign's CFO, former Clinton campaign chairman John Podesta personally singled Gensler out for responsibility for funding the dossier.

In testimony before the House Intelligence committee in 2017, Podesta said Gensler was the top official in the campaign who would have approved payments to the campaign's law firm Perkins Coie to reimburse for the work that the Fusion GPS research firm and Steele did on the dossier.

"You think Gensler would have been the guy that would know that?" a congressman asked Podesta about the payments for the dossier.

"Gensler established the financial controls. Perkins had budgeted expenditures. They were billing against that. And those bills were paid," Podesta explained.

Podesta said as chairman he "never saw Perkins' bill" because "that was being managed by the people who were operational inside the campaign."

"I guess that's where we're trying to get to, to see who those guys were," Rep. Michael Conaway, R-Texas, said, pressing for more specificity.

"Well, at the top was Gary," Podesta answered.

The payments for the dossier also resulted in a significant penalty earlier this year. The Federal Elections Commission levied $113,000 in fines against the Democratic National Committee and Clinton campaign for improperly disguising payments to Perkins Coie as legal expenses when in fact they were opposition research costs for the dossier.

The conciliation agreements found "probable cause to believe" that both the campaign and national party "misreport[ed] the purpose of certain disbursements."

Despite all the controversy and ridicule the Steele dossier received, Podesta testified in 2017 he believed at the time the Clinton's campaign funding of it was legitimate.

"I found it, again, the idea that we were developing, trying to develop, trying to figure out complicated financial arrangements between Trump and entities" in Russia and "trying to find out what Carter Page was up to in Moscow, I think that was all perfectly appropriate," Podesta said.

Kash Patel, the House Intelligence Committee's former chief investigative counsel under Nunes, said the SEC's long delay in approving Truth Social's merger with a special purpose acquisition company (SPAC) known as Digital World Acquisition Corp. smacked of politics and further heightened the need for Gensler and Hodgman to publicly acknowledge they won't play a role in the outcome to avoid the appearance of a conflict of interest.

"They need to recuse right now, overnight, without doubt," said Patel, an ally of the former president. "We exposed the dirty dossier and the Clinton campaign's funding of it and we got him (Strzok) fired."

Truth Social's parent company, Trump Media and Technology Group (TMTG), also issued a statement Thursday urging the SEC to end its delay in approving the merger with Digital World, suggesting politics was involved in the slowdown.

"The SEC has needlessly delayed its review of our proposed merger, causing real and unnecessary financial harm to DWAC investors, roughly 90 percent of whom are small, retail shareholders whom the SEC is chartered to protect," TMTG said. "Despite its standard practice to provide comments within 30 days, the SEC has failed to give meaningful feedback on DWAC's registration statement for a stunning 115 days and counting.

"In the interests of simple fairness, the SEC needs to set aside any improper political considerations and bring its review to a swift conclusion," the company added.

Nunes took to Truth Social to stir even more pressure on the SEC. "No more BS," he posted. 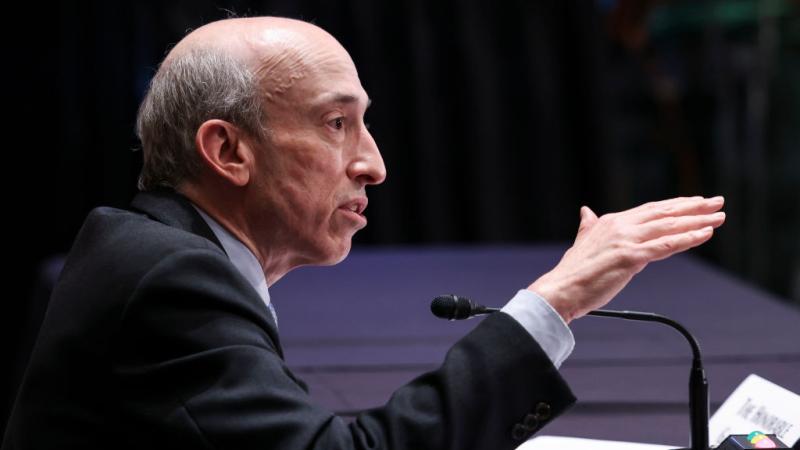