The St. Louis prosecutor who filed gun charges against Mark and Patricia McCloskey for guarding their home against protesters who crashed their gated-community during a social justice protest on June 28, has used the high-profile incident to raise money for her reelection campaign.

Gardner, a Democrat, seized the McCloskeys' guns on July 10 and charged them on July 20 with "flourishing" weapons.

In the solicitations, the Gardner campaign suggests the candidate is now facing persecution from up and down the ranks of the Republican establishment, for her decision to charge the McCloskeys. Her detractors include President Trump, Missouri's Gov. Mike Parson, Sen. Josh Hawley and Missouri Attorney General Eric Schmitt.

The couple, seen in a viral video defending their home with guns, say they feared for their safety and the security of their property. The solicitations also suggest Gardner is facing scrutiny from Fox News anchor Tucker Carlson, and Trump confidant Rudy Guiliani, attorney and former New York City mayor.

"You might be familiar with the story of the couple who brandished guns during a peaceful protest outside of their mansion. ...President Trump and the Governor are fighting for the two who pointed guns at peaceful citizens during the Black Lives Matter protests," states the fundraising letter.

The July 19 email solicitation again calls attention to the attacks from right-wing media outlets and members of the Republican party.

The opening reads, "In recent days, I have been told that Tucker Carlson, Rudy Giuliani, and President Trump have decided to spend their time attacking me in an effort to stoke fear and division."

Finally, on July 22, two days after the McCloskeys had been charged, Gardner's campaign sent another fundraising message.

"In the last 24 hours, there has been a lot of national attention surrounding Kim’s decision to press charges against a couple that brandished guns at a peaceful Black Lives Matter protest," the solicitation reads. "For merely doing her job, Kim has received death threats, been attacked by Donald Trump, and berated by Missouri’s Governor, Senator, and Attorney General."

Gardner is facing a primary challenger Mary Pat Carl, a respected former homicide prosecutor who had been with the circuit attorney's office for 15 years prior to Gardner's assumption of the role in January 2017.

The McCloskeys are summoned to appear in court on August 31.

Gardiner has had several controversies since she assumed office.

In January 2017, she opened a criminal investigation into the then-Missouri GOP Gov. Eric Greitens. Several months later, she was forced to drop the charges for lack of evidence. In the aftermath, the out-of-state former FBI agent she hired to conduct the Greitens probe has been indicted on seven felony counts counts of felony in connection with perjury and evidence tampering. 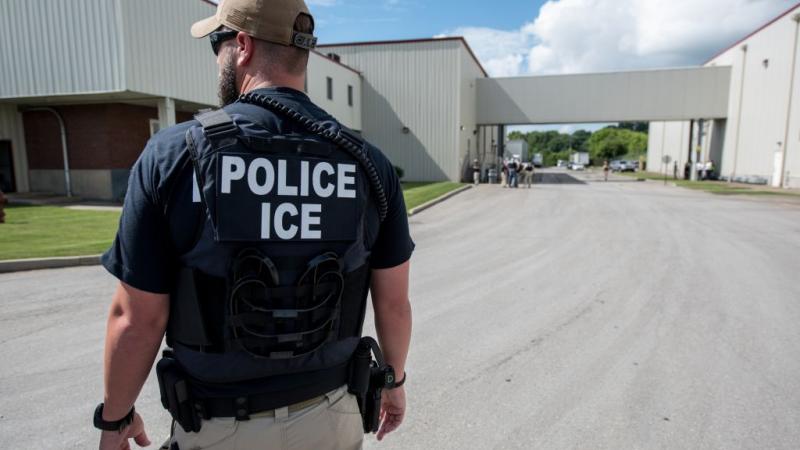