In a prelude to a formal lawsuit, former Trump National Security Advisor Michael Flynn has quietly filed a $50 million claim against the FBI and Justice Department for "malicious prosecution" related to the now-discredited Russia collusion investigation.

The notification, known as a Form 95 Civil Claim, obtained by Just the News, was filed Feb. 22. It names the DOJ, FBI, U.S. Attorney's Office in Washington D.C., Special Counsel Robert Mueller's office and the Executive Office of the President as potential defendants and alleges former President Barack Obama and the FBI had a vendetta against him that biased their actions.

"Of all of President Trump's appointees, the Obama White House hated Flynn the most," the filing noted as it laid out a long list of irregularities in his case it said proved political interference inside the FBI.

Beginning in July 2016, "the FBI began to express disdain for candidate Donald J. Trump and began to consider ways in which it could hamper Donald Trump as candidate or as President, were he to win the 2016 election," the filing alleges.

"As part of these efforts, the FBI began to target Flynn," it claims. "Flynn was no stranger to the FBI and its leadership, many of whom considered Flynn to be a personal enemy of the FBI and the success of their own FBI careers."

Flynn, according to the form, is seeking "compensatory damages including but not limited to lost past and future earnings/revenue, emotional distress, lost opportunity to be President's National Security Advisor, significant restraints of personal liberty, attorney fees/expenses and court costs in defending against malicious prosecution, abuse of process, false arrest."

In a supplemental filing accompanying the notification, Flynn and his lawyer Jesse Binnall make a detailed claim that the there was a "political motivation" behind the the prosecution of the former Trump adviser on a charge of lying to the FBI.

Flynn, a three-star Army general who served as director of the Defense Intelligence Agency, initially pled guilty to the charge and agreed to cooperate with Mueller's probe, then requested to withdraw his plea when belated exculpatory evidence emerged showing the FBI did not believe he had lied to agents, who actually tried to shut down the case but were overruled by superiors. Flynn was eventually pardoned after DOJ lawyers asked that his charges be dismissed.

Binnall said Flynn is prepared to sue if DOJ rejects the claim.

“For years government bureaucrats and left wing agitators believed they could attack General Flynn with impunity. No more,” he said. “If you wrongfully attack an American hero, then you should be held to account.

“This Federal Tort Claims Act Action is just the beginning of that accountability. Lt. General Michael Flynn will no longer be the pin cushion of the radical left.”

The belatedly produced evidence also showed Flynn was the subject of a Jan. 5, 2017 meeting between the FBI, Obama and Vice President Joe Biden in the Oval Office, one his lawyers argued was strong evidence of political interference in his prosecution.

"During this meeting, the participants agreed to try to damage incoming President Trump and his new Administration, including by trying to prosecute Flynn, President-elect Trump's incoming National Security Advisor, to cause him to resign as NSA, to cripple President Trump's ability to implement national security and foreign affairs policy changes, and potentially to get Flynn to turn on President Trump," Flynn's filing alleges. "They also agreed to withhold this agreement from the 'transition team.'"

"In 2014, Flynn roiled FBI leadership by intervening on behalf of Robyn Gritz, a decorated counterterrorism agent who specifically named and accused Andrew McCabe and other top FBI officials of sexual discrimination and retaliation in her complaint," Flynn's filing notes. "Flynn's support of Gritz included a letter in 2014 on his official Pentagon stationary, a public interview in 2015 supporting Gritz's case, and an offer to testify on her behalf. His offer to testify made him a hostile witness against McCabe, who was soaring through the FBI leadership ranks. The FBI even sought to block Flynn's support for the agent, asking a federal administrative law judge in May 2014 to keep Flynn from becoming a witness" in Gritz's EEOC case.

"Flynn was the target of a politically motivated investigation and prosecution that had no merit when it began, no merit during its course, and no merit in the end when the charges were withdrawn by the DOJ and ultimately dismissed by the Court after Flynn received a full pardon," the fling claims. "During that meritless and unlawful investigation and prosecution, Flynn was falsely and maliciously painted by the conspirators as a traitor to his nation who acted in concert with a foreign power, and the SCO even threatened Flynn's son with prosecution unless Flynn were to plead guilty. The federal government's targeting of a citizen for baseless criminal prosecution and eliciting a plea bargain through threatening of family members is outrageous conduct of the highest order. The fact that it was orchestrated and carried out at the highest levels of the FBI, DOJ, and White House makes it all the more outrageous."

You Vote: Does the Mar-a-Lago raid make you more or less likely to support Trump?
Federal Agencies 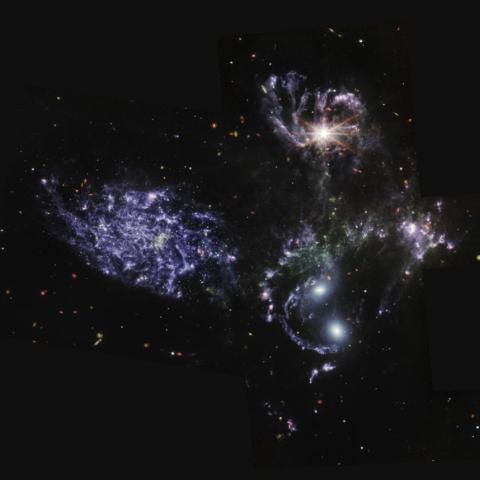