Memo was originally released heavily redacted and shows a Trump meeting with Russian diplomats in May 2017 was routine, not part of a conspiracy.

National Security Adviser Robert O'Brien made good Friday on President Trump's transparency pledge in the Russia collusion case, releasing in its entirety a previously heavily redacted document from the Robert Mueller probe showing why Russian diplomats met with Trump in May 2017.

The memo, which was originally released Wednesday with only three words visible, shows National Security Council official Eric Ciaramella wrote on May 10, 2017 that Trump chose to meet with Russian Foreign Minister Sergey Lavrov during a visit to Washington based on a request eight days earlier during a phone call with Russian president Vladimir Putin.

You can see the unredacted version here:

You can see the originally redacted memo here.

The memo was first flagged in a footnote of Mueller's final investigative report on the Russia collusion probe in spring 2019, in part because the Lavrov meeting became the subject of a news media leak that claimed Trump called James Comey a "nut job" during the gathering and told the Russian foreign minister the FBI director had just been fired.

The leak to the New York Times, which occurred nine days after the Lavrov meeting, was a stunning breach of the privacy that a U.S. president normally enjoys for non-public meetings with foreign leaders. The contents of such conversations are automatically classified to protect diplomatic sensitivities.

The leaked conversation was used by the news media to further the narrative that Trump was somehow too close with the Russians and colluding with them to the detriment of American national security. It was also tied in media reports to the ongoing Russia collusion probe.

The Washington Post for instance suggested in a May 21, 2017 article the meeting might have been an act of obstruction of justice.

Mueller, however, concluded that no American, including neither Trump nor anyone around him, had improperly conspired with Moscow, and the Department of Justice declined to recommend any obstruction of justice charges.

Ciaramella's exchange with Kelly — captured in the now unredacted email — shows the May 2017 meeting between Russian diplomats and Trump was simply a routine diplomatic courtesy afforded Lavrov after Putin had agreed to meet Trump's then-new Secretary of State Rex Tillerson earlier that spring. Officials even wrote the meeting had nothing to do with the Russia probe.

"Can we please get a quick tick tock on how this visit comes together to make clear that it was planned for some time and has nothing to do with the recent events?" Kelly, a strategic communications official inside the NSC, wrote Ciaramella, a CIA analyst on loan to the NSC. "This is normal in the course of diplomacy and reciprocal for Tillerson visit. Need in next 45 minutes please."

Ciaramella responded with a timetable detailing Tillerson's meeting with the Kremlin on April 12, 2017, Trump's call with Putin on May 2, 2017, and the subsequent planning on May 5, 2017 for Trump to greet Lavrov at the White House five days later.

The memo's release in a heavily redacted form on Wednesday to the public interest law firm the Southeastern Legal Foundation raised immediate concerns that federal agencies were still not complying with Trump's order for full transparency in the Russia case.

It also reinforced longstanding complaints by transparency organizations that federal bureaucracies have a tendency to hide from the American public information it is entitled to see.

The Southeastern Legal Foundation had sued under the Freedom of Information Act and spent a year trying to force the disclosure of the email.

The group applauded O’Brien's decision to release the document Friday without redactions, saying it helped the public understand that a meeting portrayed as nefarious during the Russia collusion controversy was, in  fact, perfectly appropriate and routine.

"SLF is pleased after 366 days that the National Security Council finally released this email in a transparent form to show the public the truth behind the Russia hoax and the attempt by the deep state to take down the president," Kimberly Hermann, the foundation's general counsel, told Just the News.

The foundation has represented Just the News in several of its own FOIA lawsuits against the government. 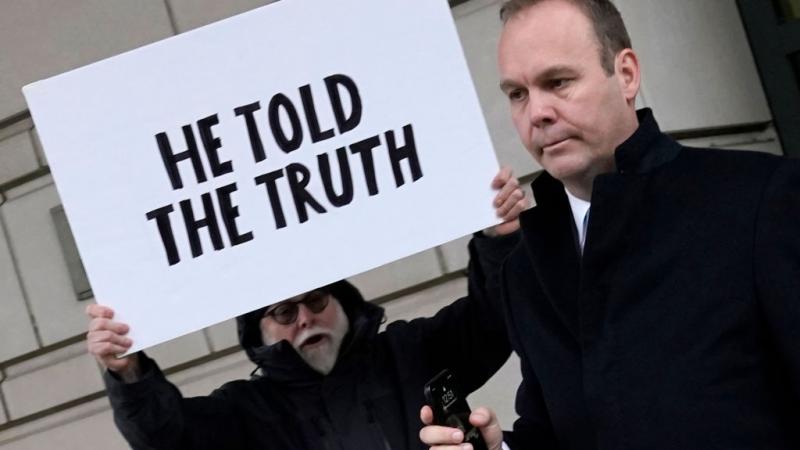