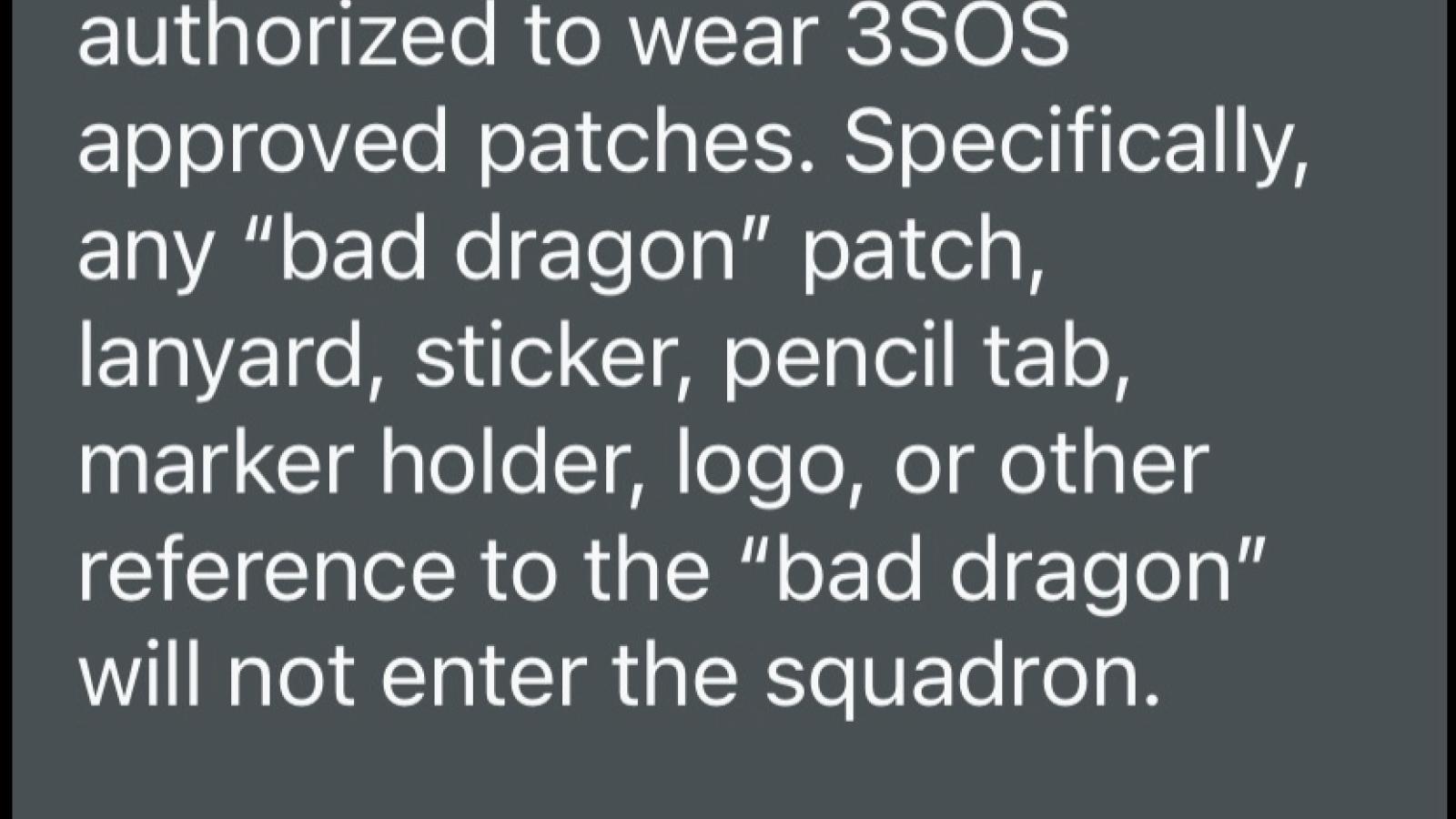 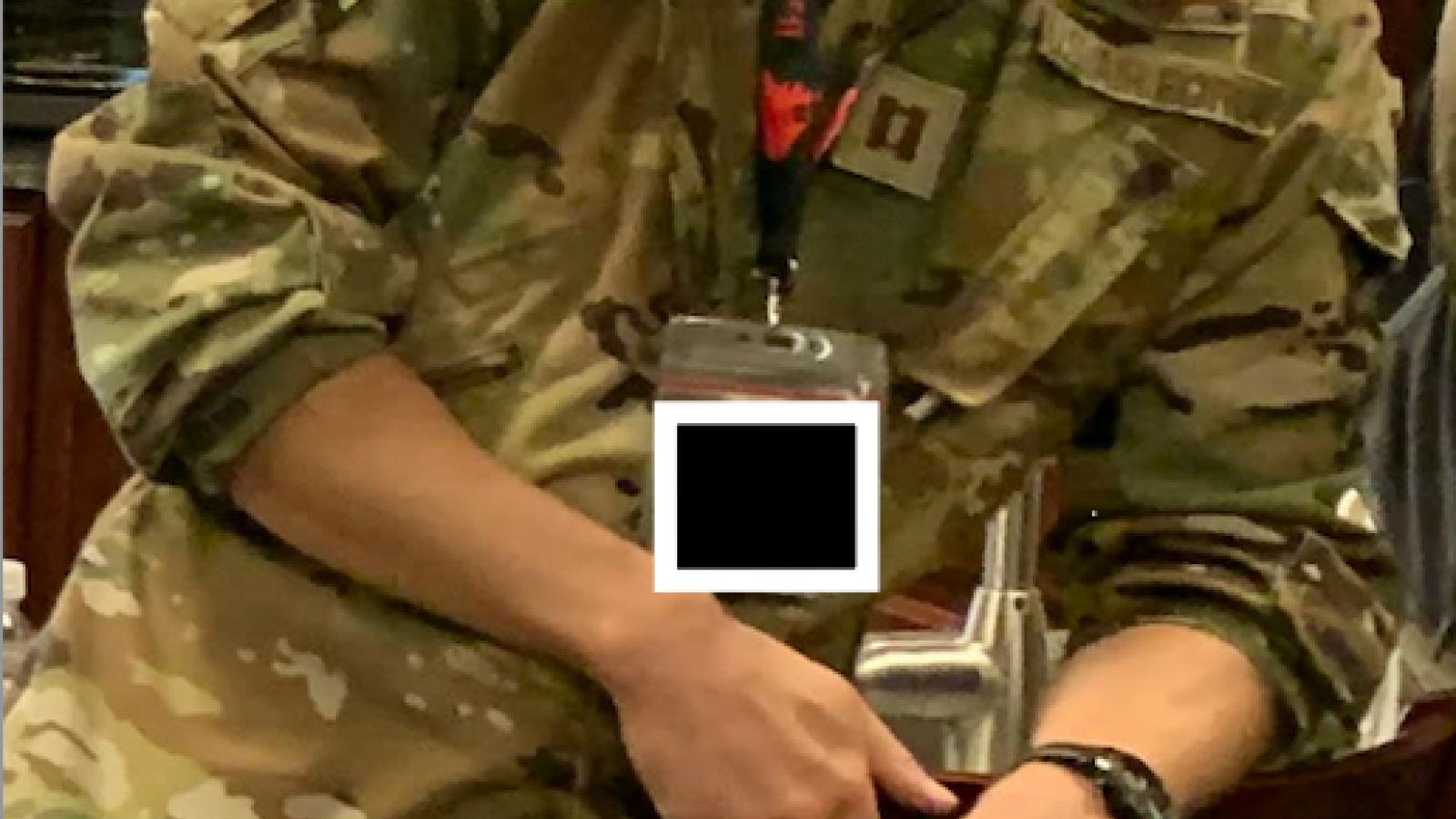 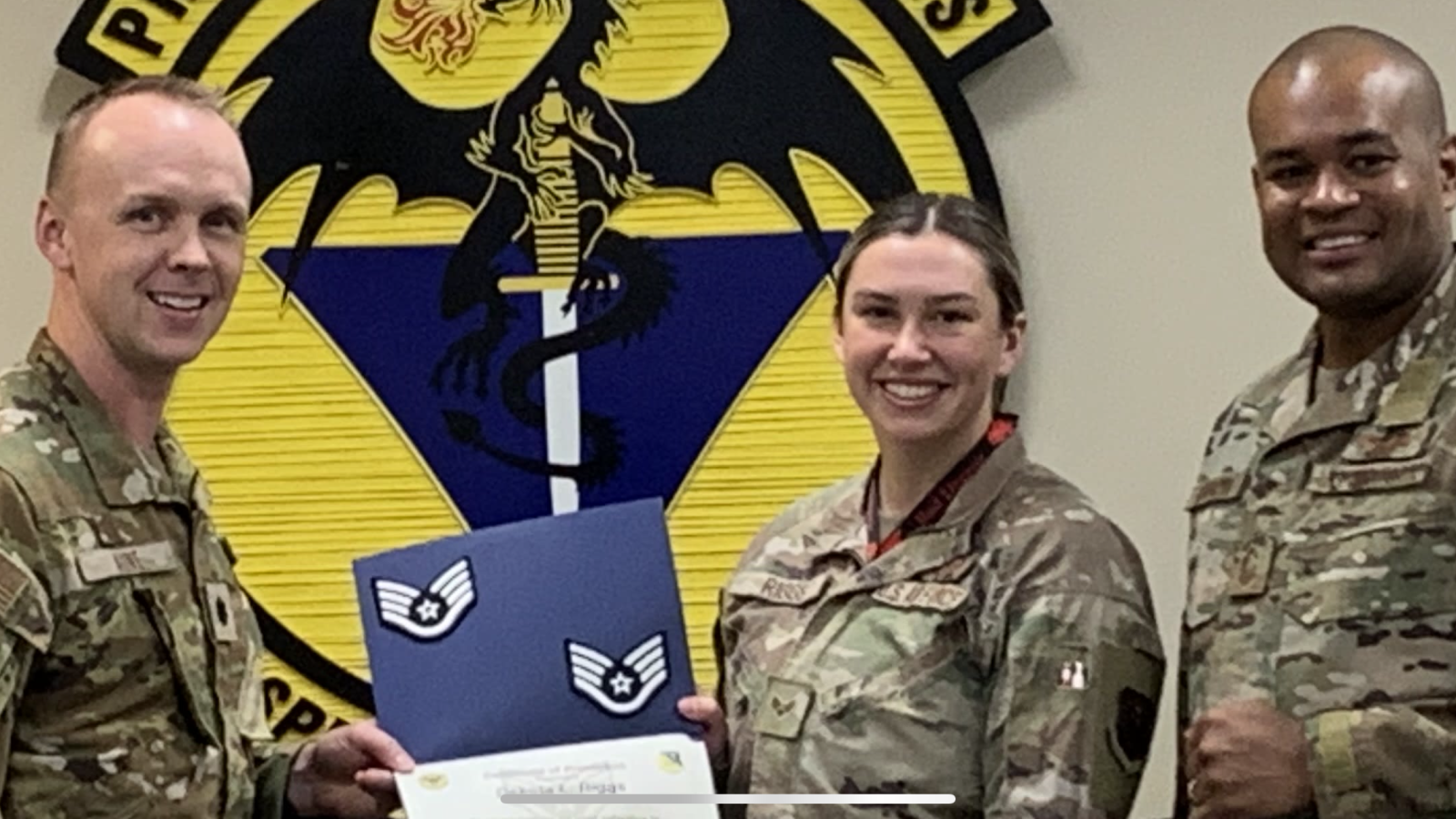 The Air Force Special Operations Command is investigating allegations brought to its attention by Just the News that "all ranks" of a drone-flying squadron at New Mexico's Cannon Air Force Base visibly wear merchandise bearing the logo from a sex toy company while in uniform, Lt. Col. Becky Heyse said in a written statement Thursday afternoon.

The whistleblower described months of pleas to senior leadership to crack down on members wearing the merch and addressing each other as "Bad Dragons," saying it promotes a culture of sexual harassment as reflected by the squadron's poor results on a recent climate survey.

Two commanders have allegedly tolerated the double entendre since it started two years ago. Lt. Col. Allison Hardwick, the former, was "seen and heard participating" in a "squadron toast" where one member shouts "to the 3rd!" and the others respond "Bad Dragon!"

AFSOC "seriously considers any allegations of inappropriate unit climate and culture" and will address the matter "appropriately," Heyse's statement reads. "We are committed to ensuring a climate and culture throughout AFSOC that ensures every Airman's safety, and that all Airmen are treated with dignity and respect."

Less than half an hour later, Younts forwarded a message attributed to a 3rd SOS flight commander. "As a reminder, you are only authorized to wear 3SOS approved patches ... and 'severe repercussions' are in store" for anyone caught wearing anything referring to Bad Dragon, the official allegedly told the squadron.

Among those who have worn the official merchandise or bespoke versions, and addressed the squadron as "Bad Dragons," is former director of operations Lt. Col. Alberto Gilroy, who now commands the 65th SOS at Florida's Hurlburt Field, the whistleblower said.

Just the News has not been able to independently confirm that every official named by the whistleblower served in the position during the time period attributed to them.

Information about officials below the highest level is scant at both the Cannon and Hurlburt websites. Gilroy, for example, does not come up in a search of either.

Those bases' public affairs offices didn't respond to requests to confirm the status of the named individuals. Responding on their behalf, Heyse didn't provide that information either.

At that point the whistleblower "noticed many members in the squadron, officers, [and] senior noncommissioned officers [NCOs] were wearing lanyards and morale patches" with the company logo, which were "not within the standards of Air Force regulation and were completely unprofessional."

Group chats offer $3 bespoke patches and free "marker holders," each with a modified Bad Dragon logo that reads "SOS." (The company can't ship to military addresses, and the allegations don't explain how the official merchandise gets to Cannon AFB.)

Gilroy shared photos titled "bad dragons at the grog bowl" from a black-tie 3rd SOS event in a group chat. A briefing presentation the whistleblower attributed to Gilroy includes photos of "an officer and NCO wearing the bad dragon lanyard," though only one is clearly identifiable as the company's logo.

Others in positions of authority "such as instructor, evaluator, flight commanders, [and] flight chiefs" also wear the lanyards, which hold security badges required to enter top-secret areas.

"Emails and texts sent out to all members in the squadron, even those that include squadron commander, address the squadron and its members as 'Bad Dragons,'" the whistleblower wrote. Multiple group chats and an email viewed by Just the News show announcements and requests that open with "Bad Dragons."

"Imagine being a young airman at this squadron who heaven forbid, may have experienced sexual harassment or sexual assault" but sees all ranks wearing sex-toy-related merchandise, the whistleblower said. "This may have been something that started off as a few jokesters, but it caught on like wild fire."

Col. Terence Taylor, the highest-ranking official on the base, and his Staff Judge Advocate Lt. Col. Aaron Wilson have not responded to a Sept. 7 letter about "this clear and apparent violation of Air Force Policy," according to the whistleblower.

Younts shared a page from the letter that claims the "consistent and ubiquitous use" of the company's logo as a "rallying cry" for the unit and "standardization" of lanyards and patches "creates a clear appearance of a double standard."

Though Aune called together the squadron in late October to discuss troubling findings on perceived sexual harassment in the anonymous Defense Organizational Climate Survey, "this was simply lip service" to a room full of members wearing Bad Dragon paraphernalia, the whistleblower said.