Video sharing website appears to backtrack - somewhat - after its censorship is documented. 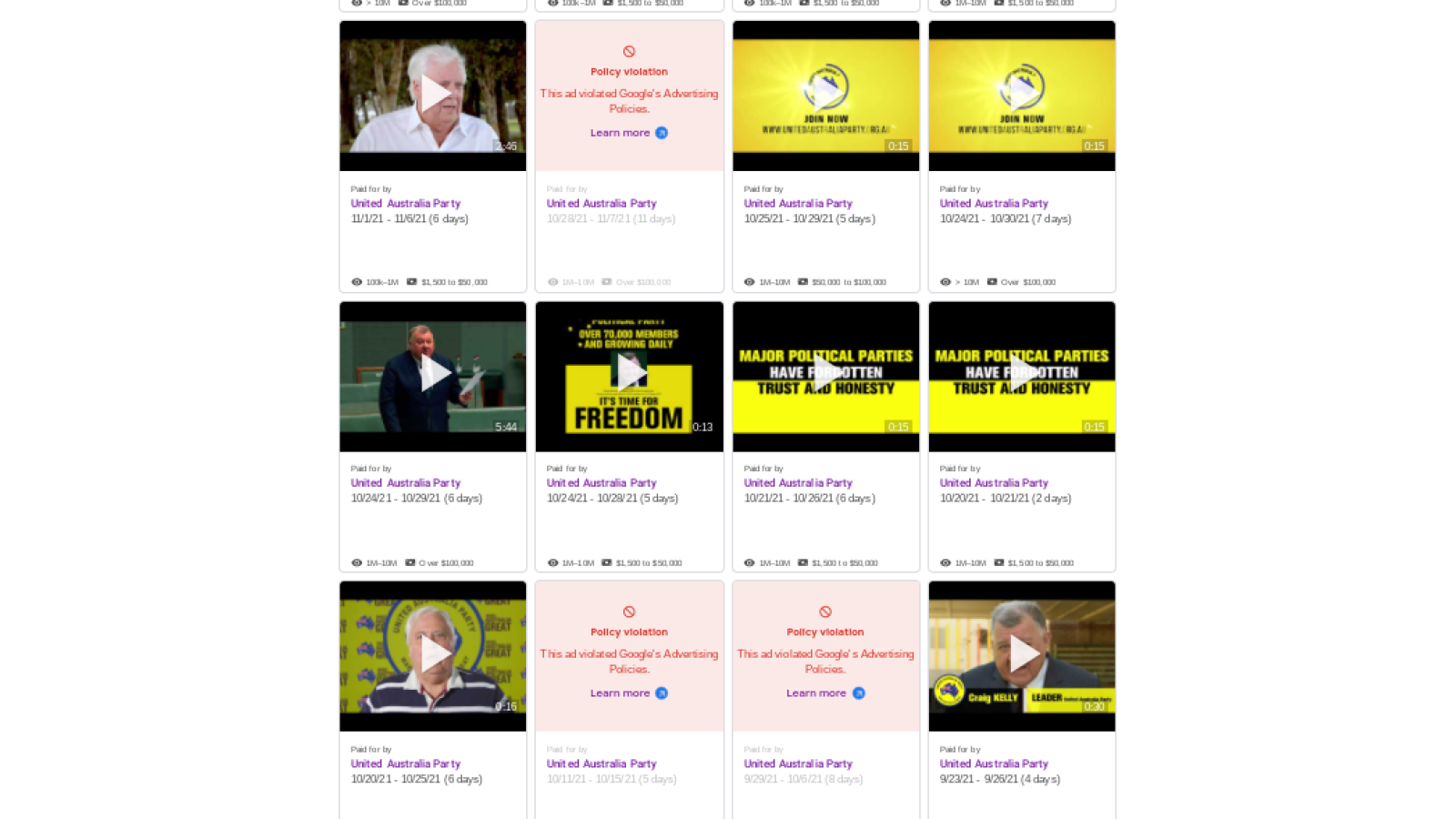 YouTube appears to have been stung by documentation of its months-long censorship of an Australian political party that opposes the government's draconian COVID-19 policies.

By Friday afternoon, three days after The Guardian highlighted the takedown of 75% of the United Australia Party's paid video advertisements, YouTube had restored all but three of the original dozen removed, Just the News confirmed from Google's transparency report for AUP.

It's not clear when the nine videos were restored. Anti-censorship group Reclaim the Net also said 12 of 16 had been removed in a Thursday night report.

It appears to have ramped up its scrutiny of AUP since ex-Liberal Party member of Parliament Craig Kelly joined the AUP and became its leader in August.

The party has been on a spending tear since then, shelling out nearly $2.77 million for 25 YouTube ads, magnitudes more than the next nearest party, Labor. (The Guardian counted removals since late September.)

The Labor Party has actively pressured YouTube to censor AUP videos. In September it informed the company that Kelly was "undermin[ing] confidence in Australia’s public health response to Covid-19" by promoting "ivermectin and hydroxychloroquine as effective treatments for Covid-19" and questioning the safety of COVID vaccines.

Kelly told The Guardian it was a "new low that a political party would ask a foreign oligarch to censor freedom of speech in Australian politics."