After denying Trump’s past offer for rapid testing at Capitol, Pelosi defers to Capitol physician

As the House GOP leader calls for rapid COVID-19 testing, Pelosi says the Capitol physician, not Trump or congressional leaders, should decide 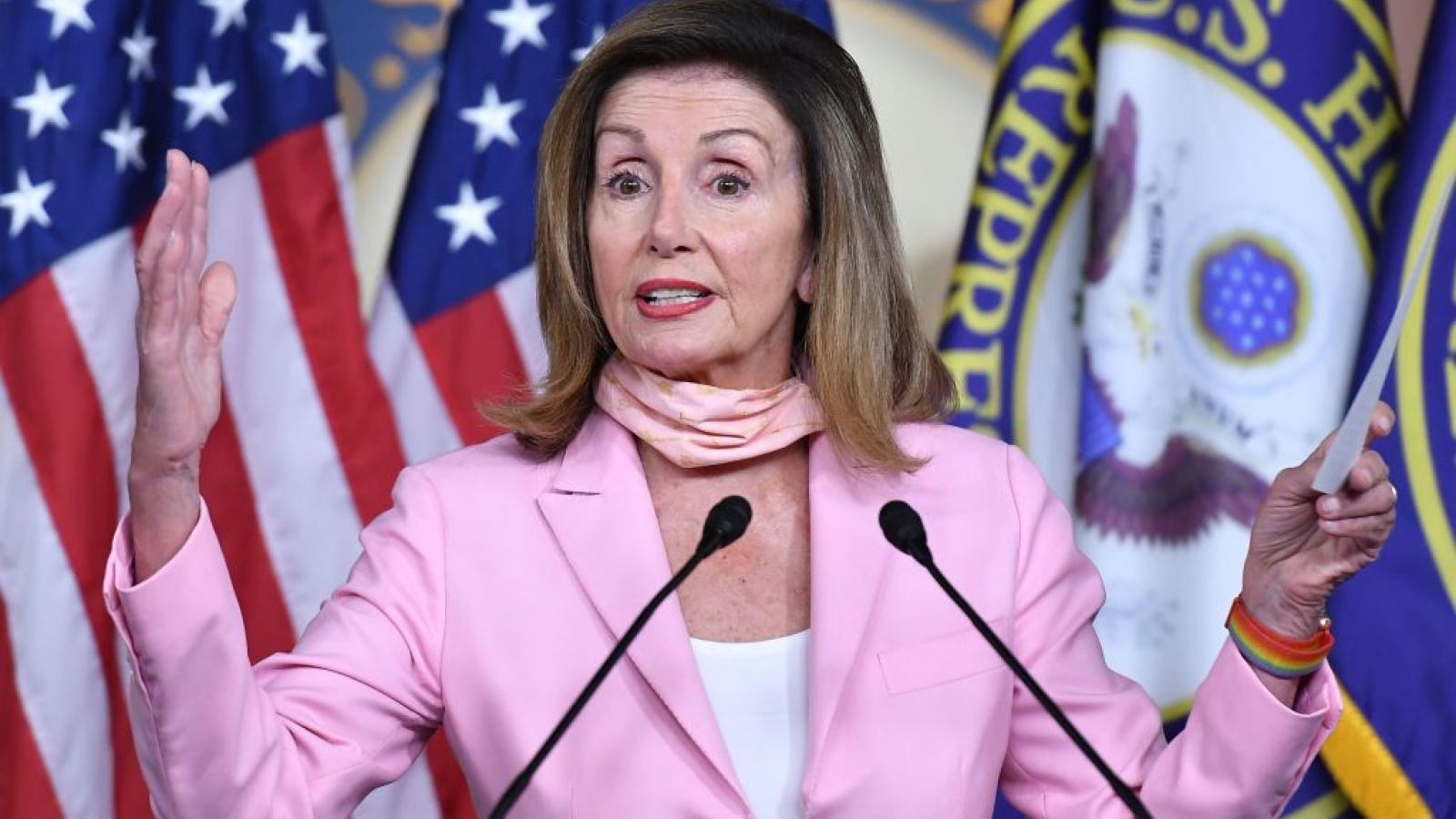 After advocating for the GOP-led Senate to approve more federal funding for “testing, tracing, treating” in the next coronavirus stimulus package, Pelosi has deferred to the Capitol physician on rapid testing for Capitol Hill.

House Speaker Nancy Pelosi is not reversing her decision to deny President Trump’s previous offer to supply rapid COVID-19 testing for members of Congress in the Capitol complex.

Pelosi was asked if she plans to change course in light of Texas Republican Rep. Louie Gohmert contracting coronavirus.

Pelosi told reporters it would not be a “good idea” to have rapid testing for members and not for Capitol Hill staff.

“There are about 20,000 people who make the Capitol run and the Capitol physician has not said yet that he thinks that we should be tested. But it's not just us. It's not just us, it's others as well,” she said.

Pelosi has called on the Republican-led Senate to support billions more in federal funding for “testing, tracing, treating” in the next coronavirus stimulus package. The HEROES Act, which the House passed in May, includes about $75 billion for testing and tracing.

"All of the answers are there — the scientists have the answers," Pelosi said in June. "We know that testing, tracing, treating, distancing, masking, sanitation, can stop the spread of this virus. And yet the president continues to go down the wrong path, and refuses to ask for directions from scientists who know better than any of us."

"Congress is grateful for the Administration's generous offer to deploy rapid COVID-19 testing capabilities to Capitol Hill, but we respectfully decline the offer at this time," Pelosi and McConnell said in a joint statement. "Our country's testing capacities are continuing to scale up nationwide and Congress wants to keep directing resources to the front-line facilities where they can do the most good the most quickly."

McConnell’s office did not return a request for comment before publication.

"I've laid out a plan that's very clear that the speaker has never done anything on, nor has she allowed testing in this building," McCarthy, the chamber's top Republican, said during a press conference on Thursday.

"There is no testing here — that is a greater risk than we had before, and I've watched the speaker do nothing about it," he said.

According to Health and Human Services Secretary Alex Azar, the Trump administration was offering in May to provide three Abbott "point of care testing machines and 1,000 tests for their use.”

White House press secretary Kayleigh McEnany said in May that the White House took action when it “heard about even an inquiry for having tests for Congress” but it was “the decision of Leader McConnell and Speaker Pelosi to decline that offer.”