House leaders thought a voice vote would have been faster, safer for members but it's not recorded as a by-name vote 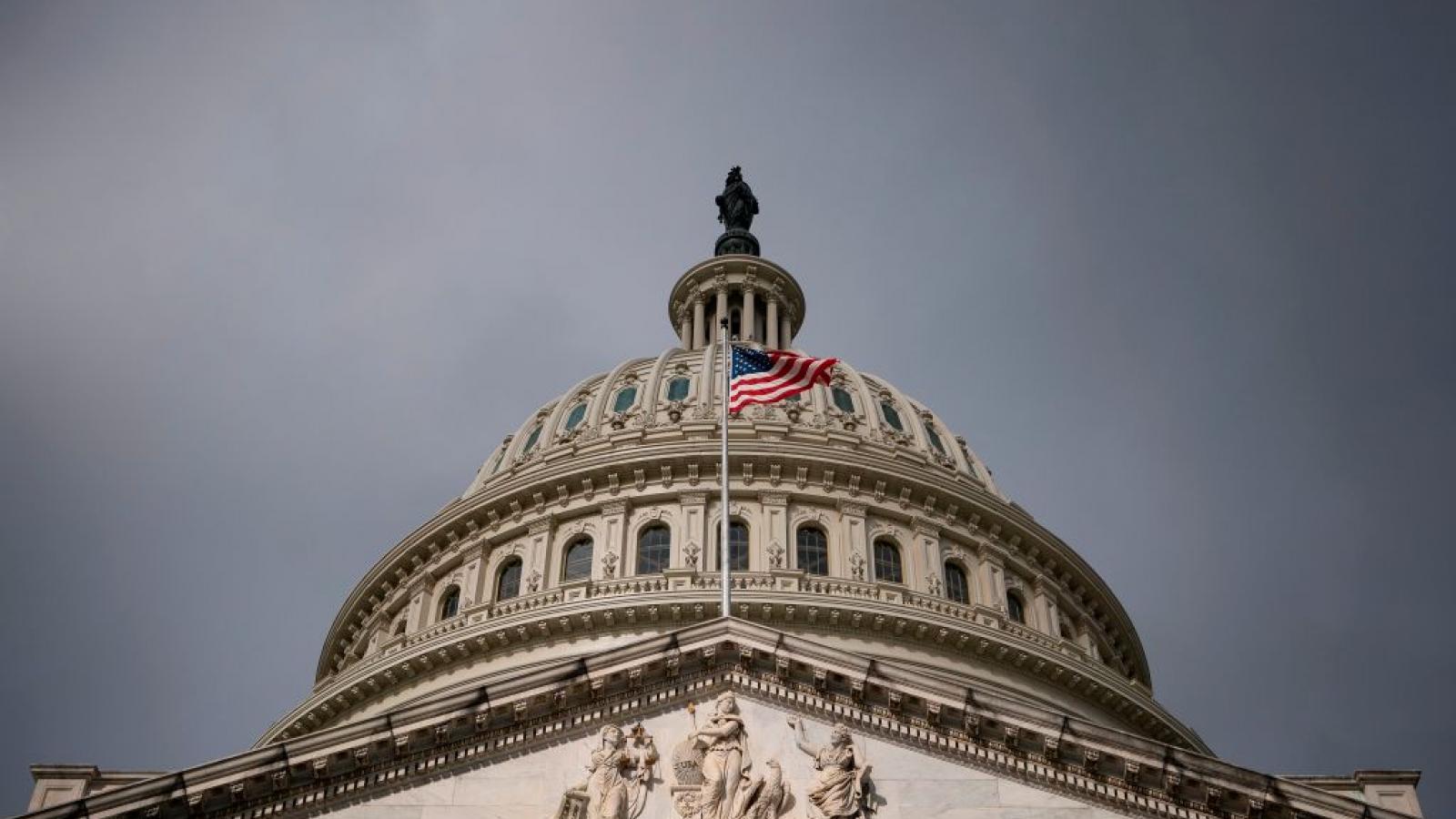 Kentucky GOP Rep. Thomas Massie confirmed Friday morning that he will force a recorded vote today on a $2 trillion coronavirus relief bill that Congress is trying to quickly get to President Trump's desk and into the hands of American households and businesses.

"I swore an oath to uphold the constitution, and I take that oath seriously. In a few moments I will request a vote on the CARES Act which means members of Congress will vote on it by pushing 'yes' or 'no' or 'present," Massie tweeted while House members debated the bill on the floor.

House leaders wanted a voice vote to expedite the process and avoid the cost and risk of having to bring the members needed for quorum back to Capitol Hill. They nevertheless express optimism that the bill will pass, despite the delays from Massie's opposition.

The individual votes of each member voting in-person are not part of the "official public record" when a voice vote is taken.

House Speaker Nancy Pelosi predicted on Thursday that the stimulus package would pass by a voice vote on Friday.

According to the rules of the House of Representatives, "a voice vote occurs when Members call out 'Aye' or 'No' when a question is first put by the speaker" and there's "no official public record" of how each member voted on the bill.

Some members of Congress insisted that everything in the $2 trillion stimulus has to relate to coronavirus.

"Everything in the [final] House bill has to be linked to coronavirus," said Rep. Veronica Escobar (D-Texas.) on Wednesday. "Everything has to be directly linked."

Pelosi and Senate Democratic Leader Chuck Schumer negotiated the addition of funding to the CARES Act that sends $25 million to the Kennedy Center of Performing Arts “for deep cleaning, increased teleworking capabilities, and operating and administrative expenses to ensure the center will resume normal operations immediately upon reopening.” The stimulus funding from Congress goes beyond their approximately $37 million budget.

The Corporation for Public Broadcasting received $75 million “for stabilization grants to maintain programming services and to preserve small and rural public telecommunication stations.”

National Endowments for the Arts and Humanities received $150 million “for grants, including funding to state arts agencies and other partners in an effort to help local, state, and regional communities provide continued access to cultural organizations and institutions of learning.”

House Minority Leader Kevin McCarthy (D-Calif.), who serves on the board of the Kennedy Center, slammed the inclusion of funding for the venue in the package. He said Democrats held up the negotiations for 3 days in order to get the Kennedy Center funding included in the language of the bill.

"She [Pelosi] added $24 million more dollars for the Kennedy Center in Washington, DC," he wrote on Twitter. "Not a good enough reason to hold up medical and economic help for millions of Americans."

Despite his criticism of the bill, McCarthy said he supports having a voice vote on the record $2 trillion stimulus bill, which is not an official recorded vote.

"We'll have debate and then we'll have a voice vote. I do not think there's a need for anything else," he said on Thursday.

Some members of the House are concerned that Massie (R-Ky.) will object to the bill during the voice vote, which would prompt a recorded vote that requires members to be present to vote in-person.

"The Senate did some voodoo just like with Obamacare. Took a House Bill (HR 748) dealing with taxes, stripped every word, and put their bill in it. The House is just as responsible for killing the origination clause as the Senate. It’s the House’s job to reject the process," Massive wrote Thursday on Twitter.

Posting a screenshot from the Constitution, Massie wrote, "US Constitution ARTICLE I, SECTION 5, CLAUSE 1 Quorum requirement."

Rep. Peter King (R-N.Y.) posted a tweet about his frustration surrounding the potential opposition to passing the stimulus on a voice vote.

"Heading to Washington to vote on pandemic legislation. Because of one Member of Congress refusing to allow emergency action entire Congress must be called back to vote in House. Risk of infection and risk of legislation being delayed. Disgraceful. Irresponsible," he wrote on Friday.

"Looks like a third rate Grandstander named @RepThomasMassie, a Congressman from, unfortunately, a truly GREAT State, Kentucky, wants to vote against the new Save Our Workers Bill in Congress. He just wants the publicity. He can’t stop it, only delay, which is both dangerous & costly," he said.

"Workers & small businesses need money now in order to survive. Virus wasn’t their fault. It is 'HELL' dealing with the Dems, had to give up some stupid things in order to get the 'big picture' done. 90% GREAT! WIN BACK HOUSE, but throw Massie out of Republican Party!"