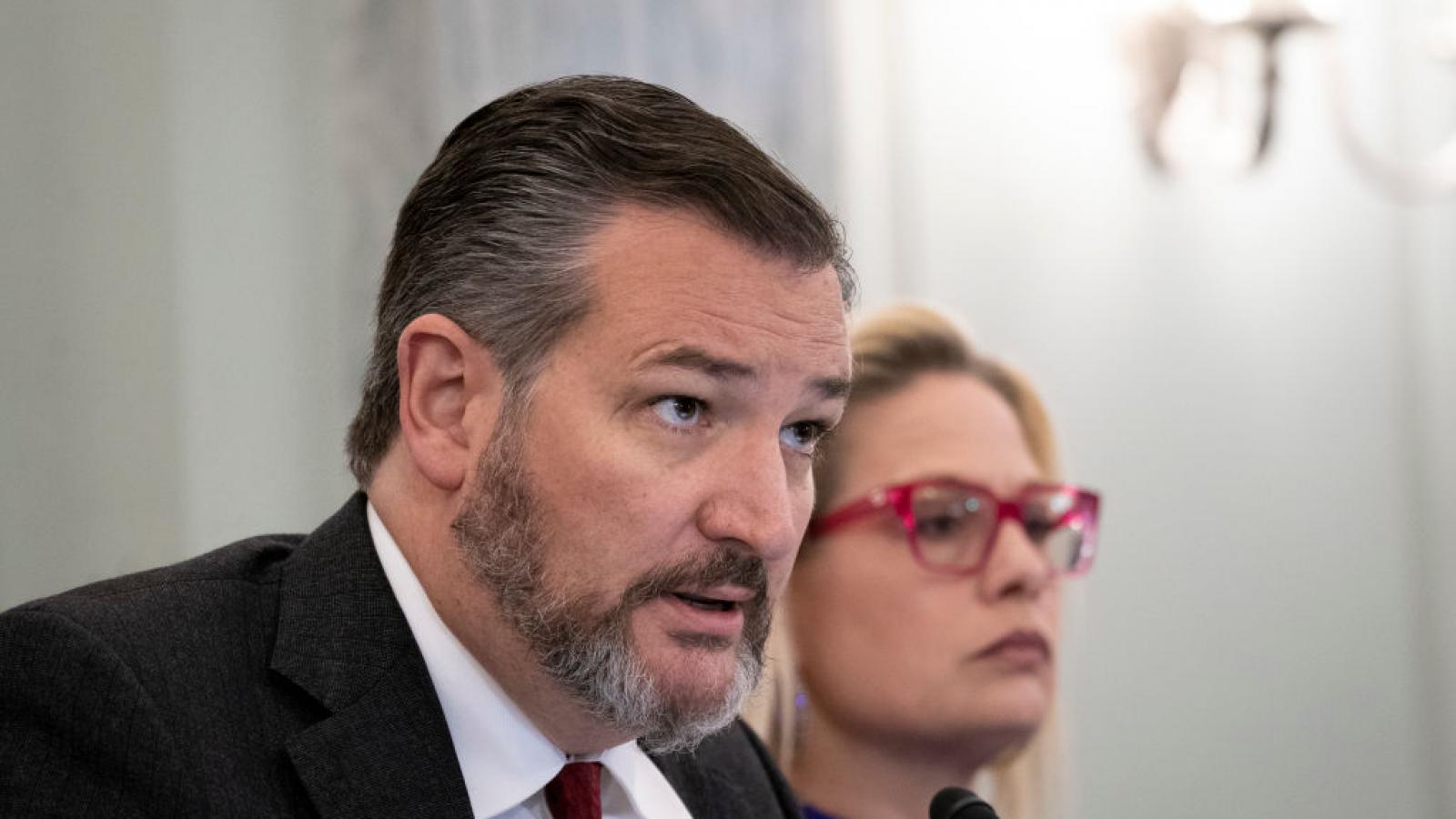 Texas GOP Sen. Ted Cruz is emerging as a leading voice in the effort to censure Senate Democratic leader Chuck Schumer for his verbal attack on Justices Neil Gorsuch and Brett Kavanaugh.

Schumer made the comments Wednesday during a Center for Reproductive Rights rally outside of the Supreme Court.

"I want to tell you, Gorsuch. I want to tell you, Kavanaugh. You have released the whirlwind and you will pay the price," Schumer said amid an abortion case before the Supreme Court. "You won’t know what hit you if you go forward with these awful decisions."

During an interview Thursday on Capitol Hill with Just the News, Cruz called Schumer's attack "reprehensible."

"I think it was a direct effort to intimidate the Supreme Court, and [Schumer's] comments could easily be read as an invitation to physical violence," continued Cruz, a member of the Senate Judiciary Committee.

"This is an era where federal judges face death threats, where we saw just two years ago a deranged left wing activist try to murder Republican members of Congress and ended up hospitalizing Steve Scalise for many months.

"And that sort of angry, unhinged rhetoric is dangerous, and it's irresponsible. And I believe the Senate should censure Chuck Schumer for crossing that line."

Prior to Cruz's comments, Chief Justice John Roberts and Senate Majority Leader Mitch McConnell each criticized Schumer for his comments.

Schumer said Thursday that he used the wrong words.

The resolution to censure Schumer, introduced by Sen. Josh Hawley (R-Mo.), so far has 14 co-sponsors.

The resolution "censures and condemns in the strongest possible terms the Senator from New York, Mr. Schumer, for his threatening statements against Associate Justice Neil M. Gorsuch and Associate Justice Brett M. Kavanaugh" and "calls on all members of the Senate to respect the independence of the Federal judiciary."