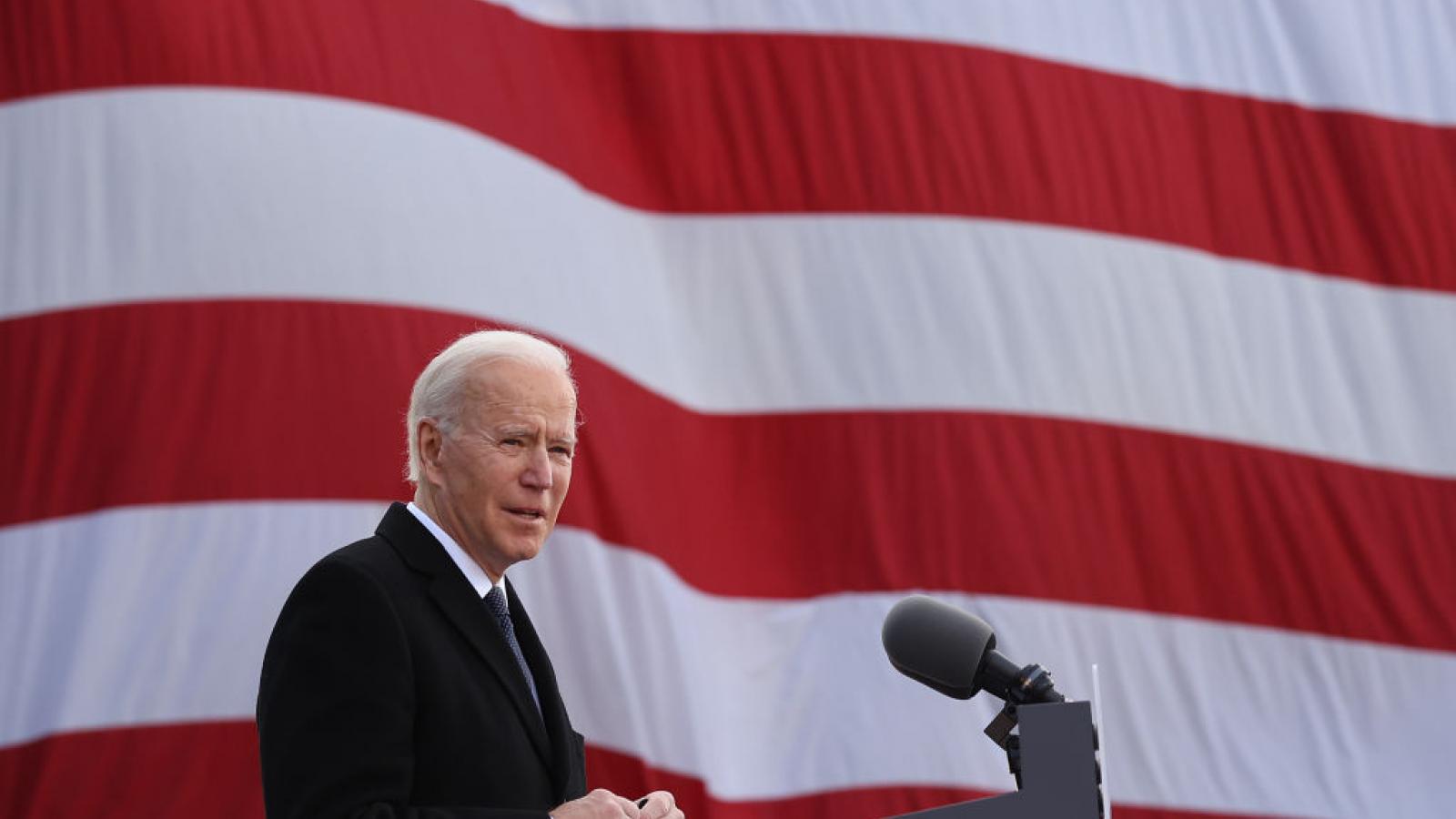 As newly-inaugurated President Joe Biden settles into the Oval Office, there are a host of issues the former vice president and a Democrat-led Congress might try to tackle from immigration reform and infrastructure to expanding Obamacare and student debt forgiveness.

Given the 50-50 split in the Senate following Democratic wins in the two Georgia runoffs, Biden would need some votes from Senate Republicans to adopt his agenda, unless the Democrats eliminate the legislative filibuster.

A move to end the filibuster would not be an easy task, given that some Senate Democrats worry that eliminating it would be used against them when they are back in the minority. Democrats like Sen. Joe Manchin of West Virginia and Sen. Dianne Feinstein of California have expressed opposition to the idea.

"I think it's a part of Senate tradition, which creates a sobering effect on the body, which is healthy," Feinstein has said.

"We should give the Republicans a little bit of time, to see if they're going to work with him," he told the Associated Press in October. "But the time's going to come when he's going to have to move in and get rid of the filibuster."

There's a chance Democrats will pass major legislation with the use of budget reconciliation. Certain bills that impact the federal budget would qualify as reconciliation bills.

According to congressional rules: "Reconciliation starts with the congressional budget resolution. The budget cannot be stalled in the Senate by filibuster, and it does not need the president's signature. If the budget calls for reconciliation, it tells certain committees to change spending, revenues, or deficits by specific amounts. Each committee writes a bill to achieve its target, and if more than one committee is told to act, the Budget Committee puts the bills together into one big bill."

The final bill has "special status in the Senate" and cannot be filibustered. It would pass with 51 votes.

Biden pledged $2,000 coronavirus stimulus checks when he campaigned for Jon Ossoff and Raphael Warnock shortly before the Georgia runoff elections. Biden proposed $1,400 direct payments as part of the $1.9 trillion coronavirus stimulus plan he recently unveiled. The payments would total $2,000 when combined with the $600 stimulus payments the Democrat-led House and GOP-led Senate recently passed. A stimulus bill would likely be the first one Biden will seek to pass through Congress as president.

Student debt is another possible issue on which Biden might take action in his first year in office. New York Sen. Chuck Schumer, the top Democrat in the Senate, and Massachusetts Democratic Sen. Elizabeth Warren have proposed that the federal government cancel up to $50,000 of student debt for borrowers. Schumer and Warren endorsed the idea of Biden signing an executive order to implement the proposal.

According to his campaign website, "Biden will make a $2 trillion accelerated investment, with a plan to deploy those resources over his first term, setting us on an irreversible course to meet the ambitious climate progress that science demands."

Biden's campaign predicts that the proposal would create millions of union jobs and rebuild America's crumbling infrastructure "from roads and bridges to green spaces and water systems to electricity grids and universal broadband."

Biden campaigned on expanding Obamacare by adding a government-run public option to compete with private insurance plans. Some Democrats in Congress expressed support for a public option during the presidential campaign. The Democrat-led Congress could pass legislation making a public option a reality.

Biden also campaigned on offering a path to citizenship to illegal immigrants living in the U.S. Former President Obama was unable to move a major comprehensive immigration reform bill through Congress that would offer citizenship to illegal immigrants. Biden is picking up where Obama left off by rolling out an immigration reform plan that he wants Congress to pass.

During the last session of Congress, many Democrats signed on as co-sponsors of the Commission to Study and Develop Reparation Proposals for African-Americans Act. This bill is likely to be reintroduced in the new session.  Incoming Vice President Kamala Harris was among the co-sponsors of the bill while still a senator.

The legislation establishes a 13-member commission to "examine slavery and discrimination in the colonies and the United States from 1619 to the present and recommend appropriate remedies." During the campaign, Biden said he would support studying reparations, and a Democrat-led Congress might attempt to pass a reparations commission. However, it would need some votes from Republicans in the Senate to become law.

Biden has also said he would support a federal commission to study reforming the Supreme Court, including whether to add more justices to the highest court in the land. With a Democratic Congress, he has a shot at forming this commission, but he would need some votes from Republicans in the Senate.

With the House having voted to impeach then-President Trump shortly before his departure from office on a single article of "incitement to insurrection," the Senate will have to decide whether a Senate trial of the ex-president is advisable, and the courts may have to rule on whether it's even constitutionally permissible. Biden has expressed concern that impeachment could distract from his agenda.

"Can you go a half-day on dealing with the impeachment and a half-day getting my people nominated and confirmed in the Senate as well as moving on the [stimulus] package? That's my hope and expectation," Biden said.