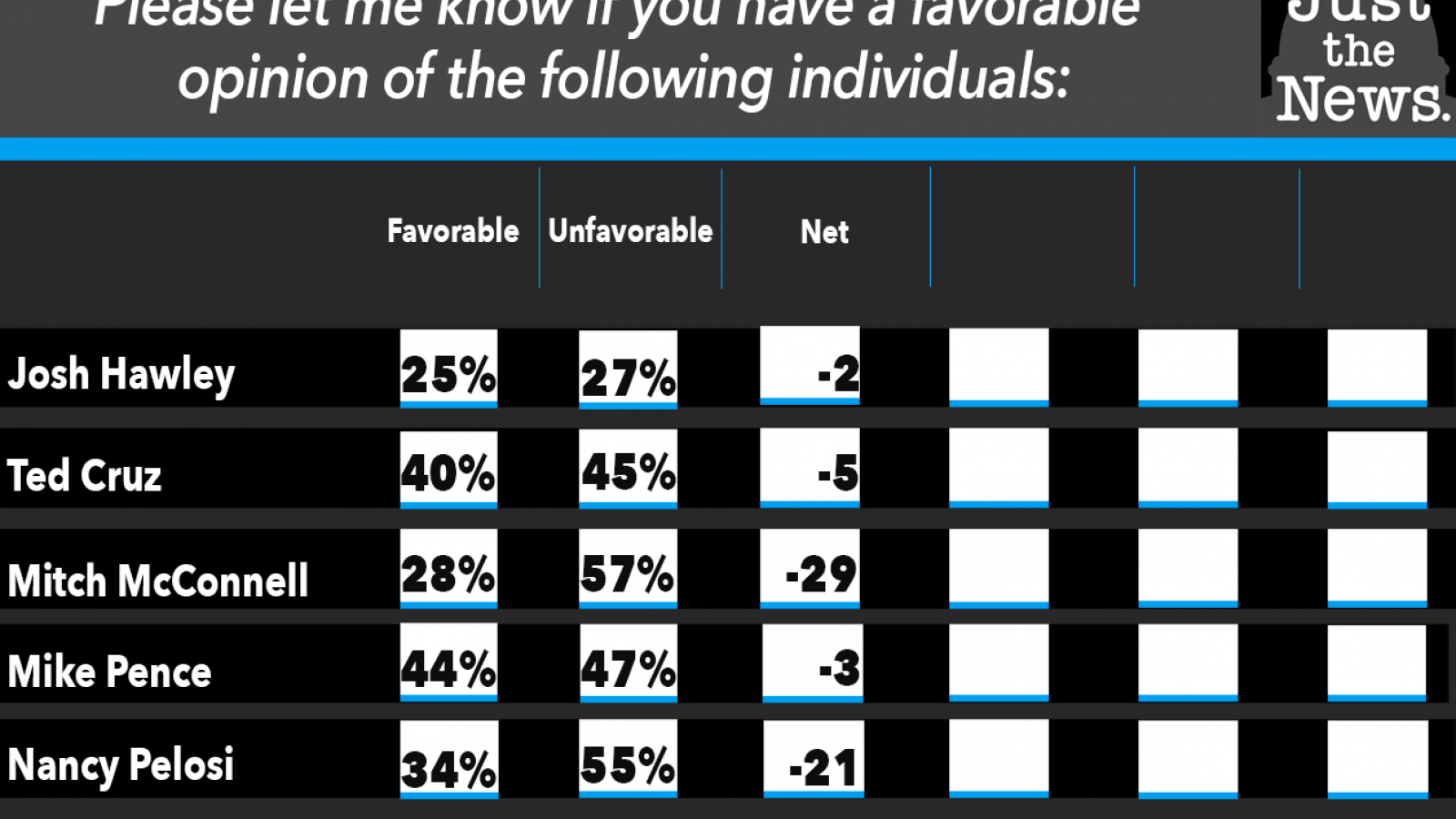 Fifty-five percent of respondents have an unfavorable opinion of Pelosi, versus just 34% with a favorable opinion. Opinion on McConnell skews even more negatively, with 57% viewing him unfavorably compared to 28% favorably.

Vice President Mike Pence's favorability rating was almost evenly divided in the new poll, with 47% unfavorable to 44% favorable. All eyes were on the vice president over the past week, as he found himself caught in a partisan squeeze between, on one side, President Trump and conservative allies urging him to send Electoral College slates back to disputed swing states for reevaluation and, on the other, Democrats demanding he perform the vice president's role counting electoral votes in a traditionally passive, ceremonial fashion.

Opinion on Ted Cruz tilted negative, with 45% disapproval against 40% approval. Cruz led a group of conservative Senators calling for a pause in congressional certification of the presidential election results to permit a 10-day audit of results in contested states.

Josh Hawley was the first senator to announce he would oppose immediate certification of Joe Biden's electoral victory. A full 29% of respondents were unfamiliar with the first-term Missouri senator, while those expressing an opinion divided almost evenly, with opinion 25% favorable and 27% unfavorable.

Less than a majority of Republican voters (45%) expressed approval for McConnell, showing a growing divide within the Republican party. Meanwhile, a majority of Democrats (67%) still approve of Pelosi, who was recently elected Speaker of the House by a slender margin.

This survey polled 1,200 registered voters and was conducted by Scott Rasmussen from Jan 7-9, 2021.

The poll's cross-demographic tabulations can be found here and here.To see the poll's methodology and sample demographics, click here.