McConnell: With elections over, Congress passing next coronavirus package is 'Job One' 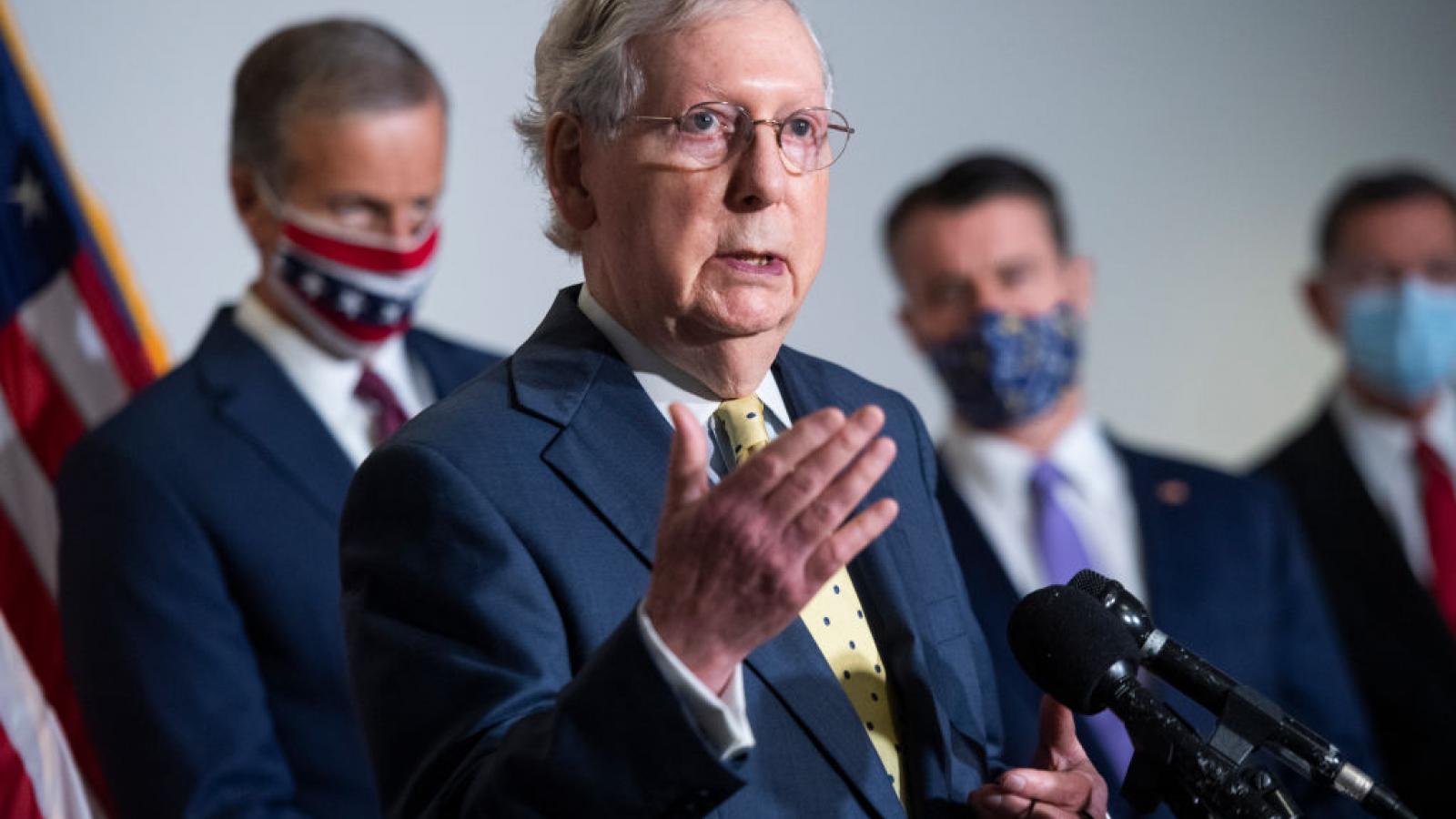 “As I’ve said repeatedly in the last few months, we need another rescue package,” McConnell said Wednesday morning. “And I think we need to do it before the end of the year.”

McConnell spoke at a news conference in home state Kentucky one day after winning reelection, though this Republican majority in the Senate is still undecided as races as of Thursday were still undecided.

Congress passed a trillion-dollar rescue package in the spring but failed to pass an additional one, roughly $2.2 trillion, in large part because the chief negotiators, House Democrats and the White House, were bound by election year politics.

“Hopefully, the partisan passions that prevented us from doing another rescue package will subside with the election,” McConnell also said. “I think that’s job one when we get back. Hopefully we get a more cooperative situation than we’ve had.”

McConnell also said that state and local aid, one major demand by Democrats in relief discussions with the White House, could be included in a new bill, according to CNBC.