Pelosi: Growth of U.S. 'might necessitate' expanding the size of the Supreme Court

New York Democratic Rep. Jerry Nadler and Massachusetts Democratic Sen. Ed Markey formally introduced the Judiciary Act of 2021 on Thursday that would add four justices to the Supreme Court, which would create a liberal majority 7-6.

The court now has what is considered a 6-3 conservative majority.

Pelosi was asked if she will commit to bringing the bill to the floor.

"No. I support the president's commission to study such a proposal," the California Democrat said at a news conference.

Pelosi emphasized that Democrats are focused on "putting together" President Biden's American Jobs Plan into a bill but said expanding the high court should be considered.

"I don't know that that's a good idea or a bad idea. I think it's an idea that should be considered and I think the president is taking the right approach to have a commission to study such a thing," Pelosi said. "It's a big step. It's not out of the question. It has been done before in the history of our country, a long time ago."

Pelosi said that "the growth of country" and the "size of our country, the growth of our challenges in terms of the economy, etcetera, might necessitate such a thing."

Addressing Nadler's bill, Pelosi added that she has "no plans to bring it to the floor."

"The number is calculated purely to give liberals a 7-6 majority on the Court. It is about as subtle as a B-52 run," he wrote on Twitter. "With the opposition of justices like Ginsburg and Breyer (and presumably the majority if not the unanimous Court), this is nothing short of a hostile takeover. It would reduce the Court to a glorified FCC with life tenure." 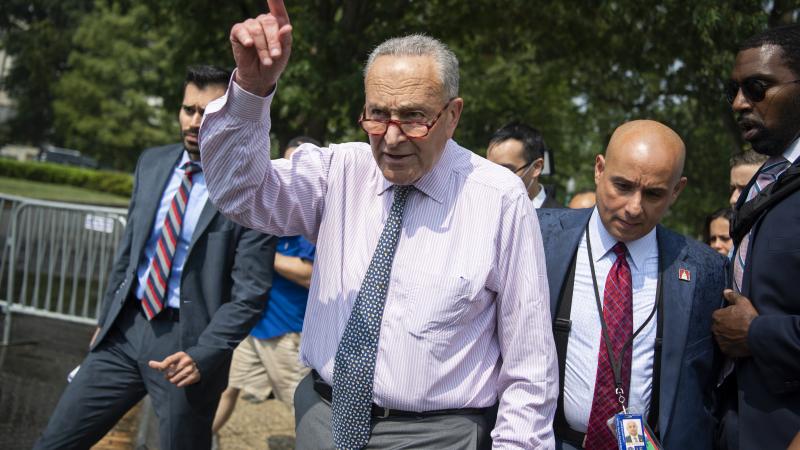