Stefanik last month was elected by the House GOP Conference as chairwoman.

"We are absolutely overjoyed to announce that our small family of two will soon be three," the 36-year-old congresswoman said in an Instagram post that features a picture of her and husband Matt Manda. 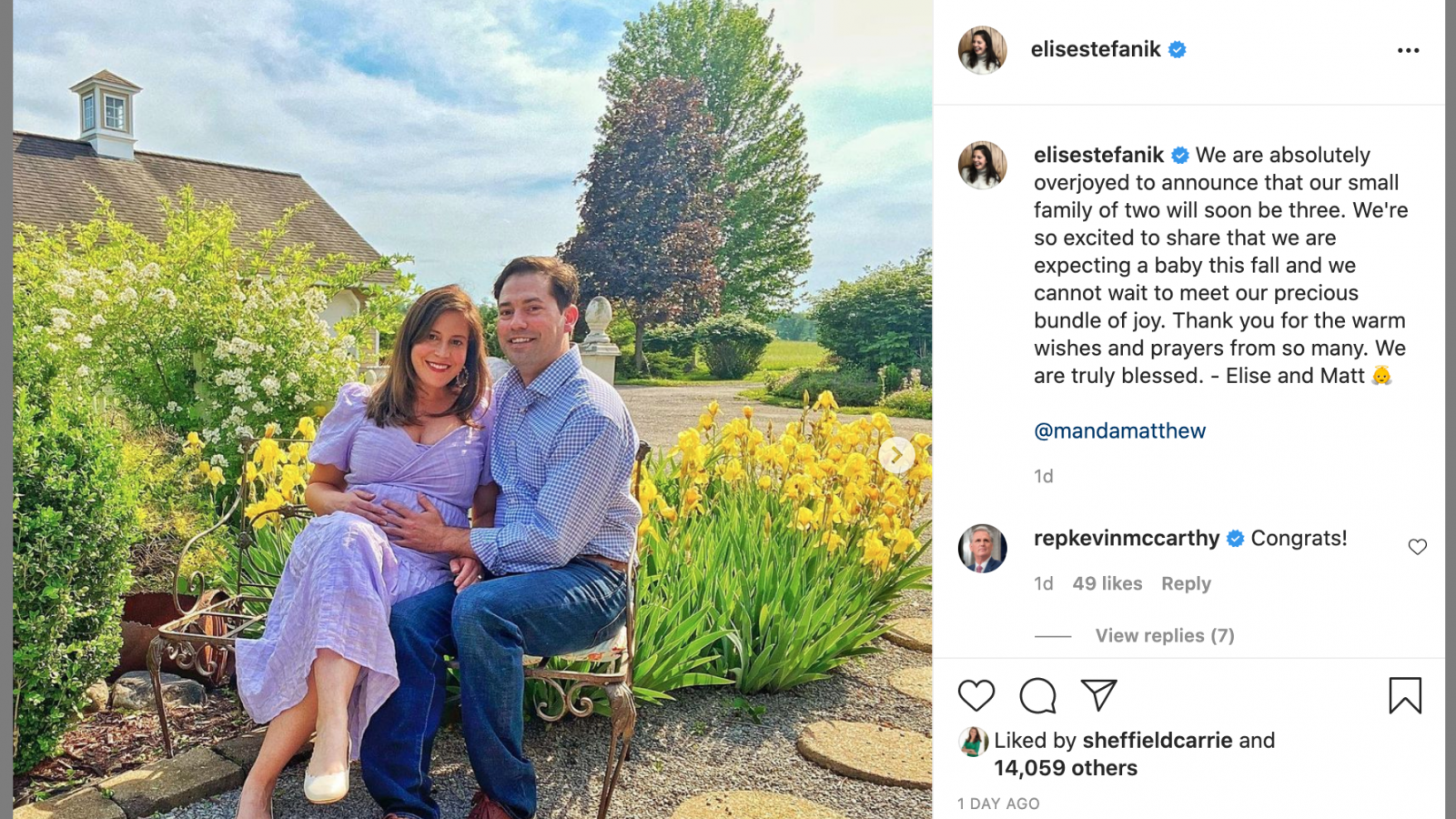 "We're so excited to share that we are expecting a baby this fall and we cannot wait to meet our precious bundle of joy, Stefanik, now the No. 3 House Republican, also wrote in the post Saturday.

House Minority Leader Rep. Kevin McCarthy and Minority Whip Rep. Steve Scalise, the conference's No. 1 and No. 2 respectively, each posted a congratulatory message on Stefanik's announcement.