Ghislaine Maxwell sentenced to 20 years in prison for sex trafficking

A judge on Monday sentenced Ghislaine Maxwell to 20 years in prison for sex trafficking and other charges in connection with her recruiting and grooming minors for the pleasure of then-boyfriend financier Jeffrey Epstein.

In December, a jury found Maxwell guilty on five counts related to sex trafficking, including one count involving a minor.

Nathan said she wanted to send an "unmistakable message" with the sentence, the Associated Press reported. However, it was below the 30-year sentence Manhattan federal prosecutors urged for last week.

In court, Maxwell blamed Epstein for the abuse and said that meeting him was the "greatest regret" of her life. She told survivors that she hoped her sentence would bring them peace.

Epstein was "a manipulative, cunning and controlling man who lived a profoundly compartmentalized life," Maxwell said.

The 60-year-old Maxwell worked "as partners in crime" with Epstein, prosecutors said during the trial.

They said that from 1994 to 2004, Maxwell groomed women as young as 14 to be abused sexually by Epstein, a convicted pedophile who died in a Manhattan jail cell in 2019 while awaiting federal sex trafficking charges.

Maxwell's attorneys asked for a lesser sentence and suggested that their client was prosecuted as a stand-in for Epstein. The lawyers also blamed her actions on Epstein and her father, late British media mogul Robert Maxwell.

The prosecution said her defense showed an "utter lack of remorse."

New York District Attorney Damian Williams said: "Instead of showing even a hint of acceptance of responsibility, the defendant makes a desperate attempt to cast blame wherever else she can."

Judge Nathan stressed during the sentencing that Maxwell was being punished for her "heinous and predatory" actions, not those of her then-boyfriend. The judge also sided with the prosecutors, calling out Maxwell for a "pattern of deflection and blame."

Maxwell's attorneys attempted to have the case thrown out after finding out that one of the jurors was a victim of sexual abuse. A judge denied the mistrial request in April.

In prison interview, Ghislaine Maxwell argues that Epstein didn't kill himself: 'He was murdered' 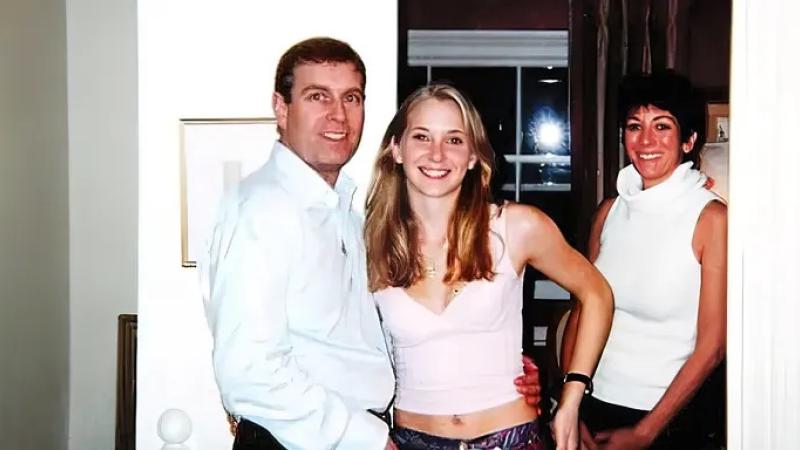