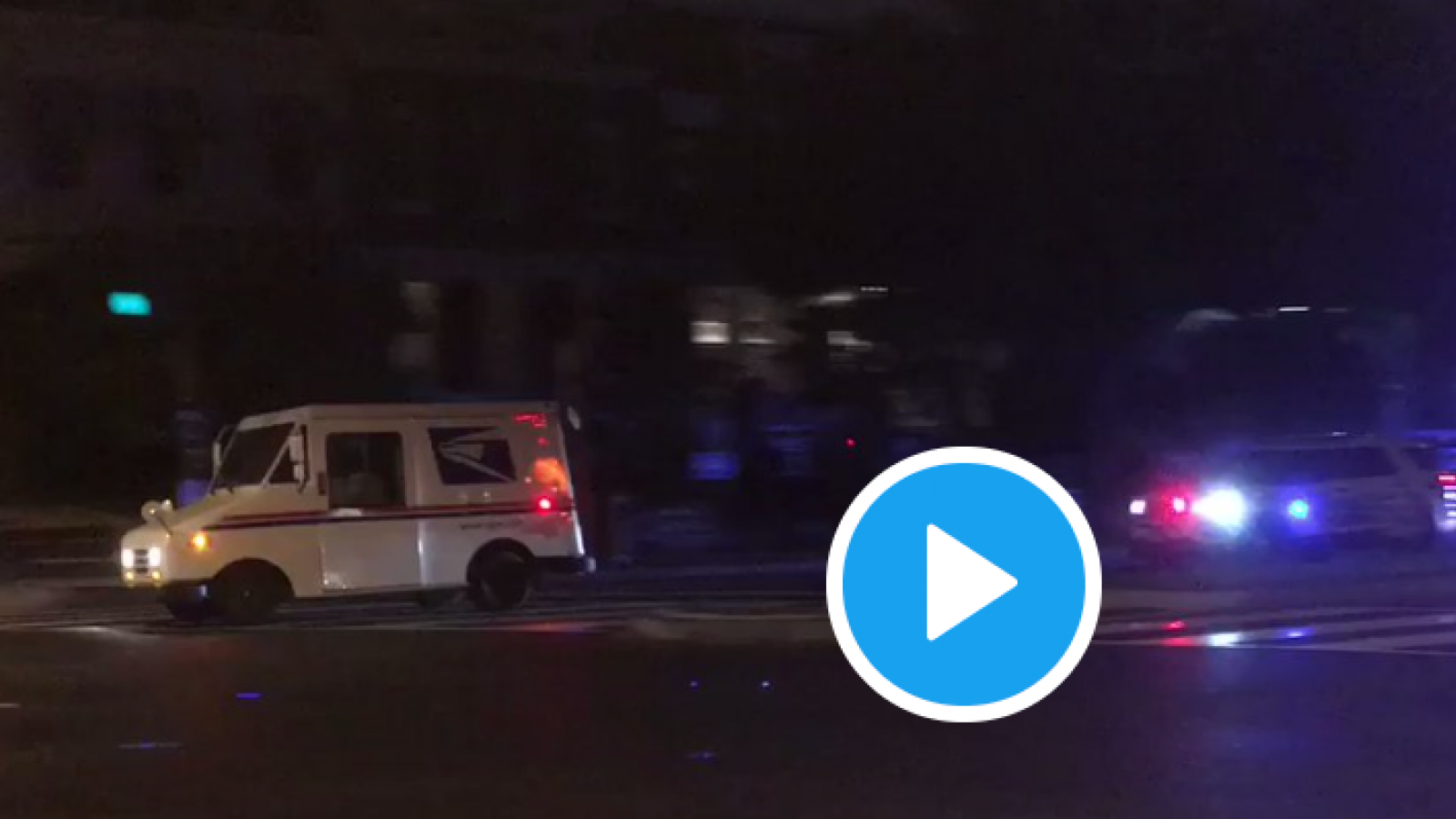 A District of Columbia woman was charged Friday night in connection with the theft of a U.S. Postal Service truck, the D.C. Metropolitan Police Department confirmed Saturday.

The incident occurred at about 8 p.m. in the district’s Petworth neighborhood, about four miles northeast of the White House.

A Twitter user late Friday posted a video of what appears to be a police cruiser in pursuit of the truck.

Police on Saturday told Just the News that District resident Yvette Zane, 59, was charged in connection with the incident. Zane has been charged with first-degree theft and three other related charges, police said.

When asked whether the alleged crime was an attempt to take mail-in ballots or other forms of mail, a police spokesman said that the motive in the incident is “unknown."

According to the incident report, an eyewitness saw the suspect get into the driver's seat of the mail truck and drive away. Officers attempted to stop the vehicle several times in their roughly half-mile pursuit before the driver, who did not have a valid operator's license, stopped the vehicle in the 800 block of Varnum St. NW.