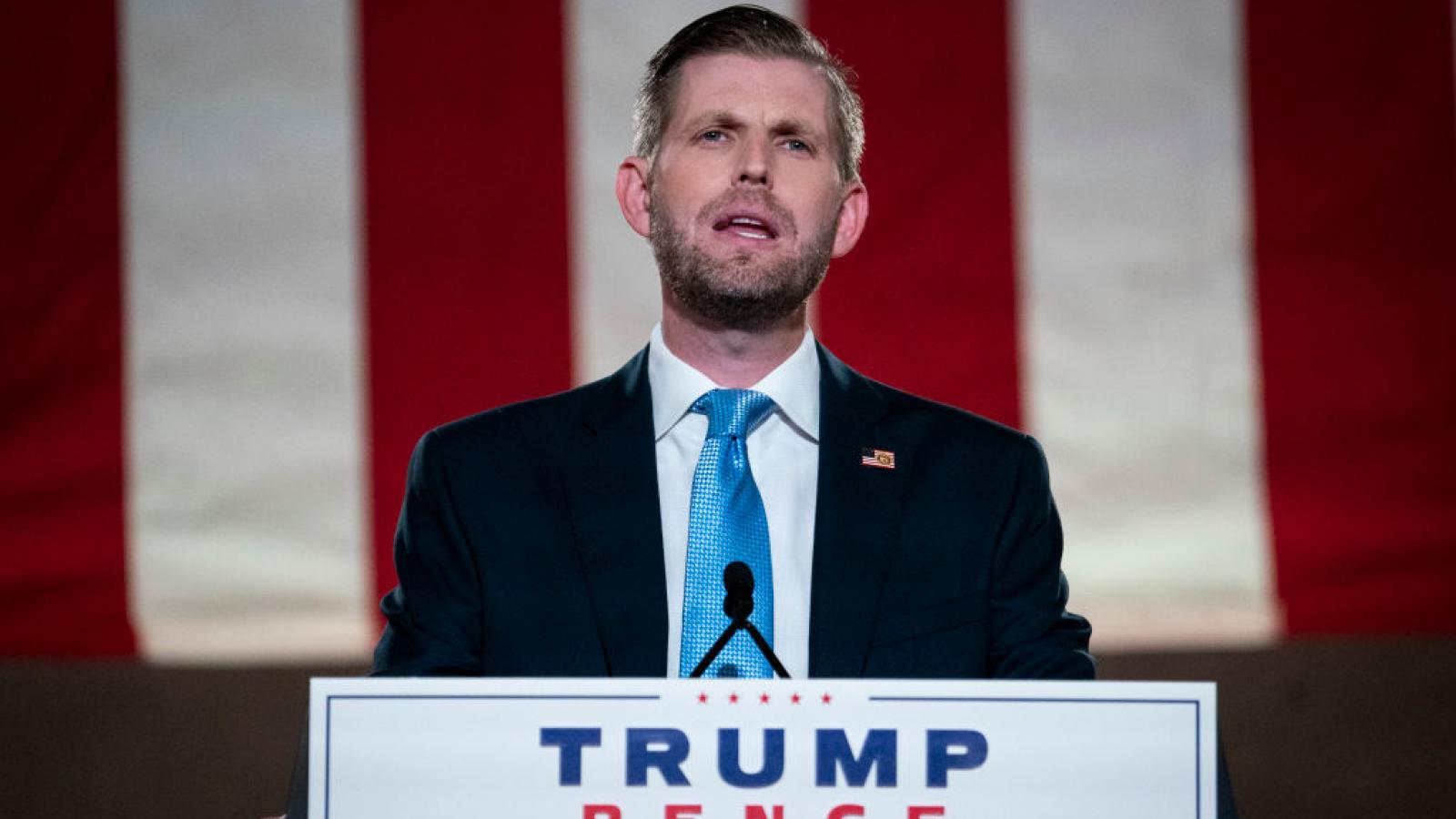 President Trump's son Eric is willing to comply with a subpoena to testify in connection with the New York attorney general's probe into the Trump Organization's finances — but not until after the Nov. 3 election, lawyers said Thursday in court filings.

The lawyers cited Eric Trump's "extreme travel schedule" over roughly the next 45 days to help his father win reelection. They also said that they didn't want their client sitting for a deposition to be used for "political purposes."

The civil investigation by state Attorney General Letitia James focuses on whether Trump Organization officials lied about the value of assets to get loans or tax benefits.

"We won't allow any entity or individual to dictate how our investigation will proceed or allow anyone to evade a lawful subpoena," James, a Democrat, said in response to Trump’s argument, according to the Associated Press. "No one is above the law, period."