Funded by same office that worked with election misinformation consortium, games are based on "inoculation theory" of countering purported disinformation. Critic says it's designed to teach young people "opposing government corruption" is disinformation.

The same State Department office that partnered with a Department of Homeland Security-backed private consortium that reported purported election misinformation to tech platforms for removal in the 2020 and 2022 cycles is also using internet games to affect elections abroad.

At least two embassies have already followed through. "Ever wondered if that forwarded message in your WhatsApp group is completely true?" the Uganda embassy tweeted.

GEC tweeted Oct. 24 that the purpose of the game is to develop media and information literacy skills so as to "build resilience to foreign propaganda and disinformation."

That apparently includes Brexit advocacy, judging by the past work of the U.K. academic centers whose "inoculation theory" — which compares disinformation education to vaccines — forms the basis of the game and which GEC said reviewed its efficacy on test subjects.

Cat Park, currently available in English, Dutch, French and Russian, shows players how a seemingly grassroots social media campaign against elite-focused government expenditures is actually driven by a shadowy billionaire to secure resources for himself at the public's expense.

The game "inoculates players ... by showing how sensational headlines, memes, and manipulated media can be used to advance conspiracies theories and incite real-world violence," according to the memo, which was obtained by former Trump White House aide Stephen Miller's America First Legal.

The department calls on diplomatic and consular posts to get Cat Park adopted in local schools but alternately says the minimum age for play is 15 or middle school.

They should also "organize special rollout events" such as ambassadors playing the game "with a local popular influencer, academic, journalist or government official" or taking the game to cat cafes. GEC will "socialize the game with game developers" and drive further traffic to the game through a marketing firm.

The Foundation for Freedom Online, whose scrutiny of the DHS-backed Election Integrity Partnership led then-House GOP leader Kevin McCarthy to promise an investigation in a Republican Congress, said it reviewed the memo at AFL's request.

FFO gave Just the News the memo and its analysis of the "behavior modification" game, which concludes that Cat Park "gets young people to subliminally perceive that social media posts opposing government corruption are primarily done by disinformation purveyors." It deems GEC "the global-facing political censorship arm of the Internet."

The game is "simply anti-populist," FFO Executive Director and former State official Mike Benz said. "This appears to be the State Department picking winners and losers in the marketplace of political beliefs, not protecting Americans from foreign disinformation."

The feds have been promoting the "seriously fun game" at least since July, when GEC counter disinformation technology advisor Davor Devcic did a virtual presentation for the Games for Change Festival, though the video wasn't posted until September.

It's part of a genre known as "fake news games," the subject of another festival discussion that was only posted Thursday.

Cat Park is a followup to the first GEC-funded game, now available in 18 languages and used in countries including Ukraine.

The memo urges U.S. missions to encourage their local communities to get a "disinformation booster-shot" ahead of elections by playing both games, whose "inoculation effects only last so long."

Brexit was "populism on steroids," University of Bristol psychologist Stephan Lewandowsky, whose team partners with Linden's lab on the Inoculation Science website, told University World News in an August interview on their Science Advances paper on "psychological inoculation."

Lewandowsky called on universities to "face down those who ruthlessly promote fake news and populist agendas and distort scientific facts with their own misleading claims," describing populism as "dictatorship in drag."

Linden and Lewandowsky also submitted comments, titled "The Science of Prebunking," to a House of Commons committee studying disinformation and fake news in 2019.

A paranoid hot-dog vendor tells players "the mayor is involved in an ultra-secret cat-worshipping cult," perhaps alluding to the Pizzagate conspiracy theory. The game helps them doctor images with cat-cult symbols and a bribe, and share it on the "Friendly" app.

A hacker type in a van then helps players create memes against the park, offering images including a person reading "1984" upside down. A man later revealed as a "billionaire with an evil plan" helps players doctor another photo of the mayor and share an inflammatory headline. This will bring down "corrupt politicians," the man says.

Referring to the 1984 reference, the group says the "irony of the government funding a dystopic cat-themed video game associating 1984 with censorable 'disinformation' is, however, wholly lost on the GEC."

The State Department did not respond to queries about whether the game teaches young people to be more trusting of officially promoted narratives and automatically disbelieve challenges to government authority and claims. The email address for the memo's author, Accenture Federal Services contractor Paul Fischer, bounced back. 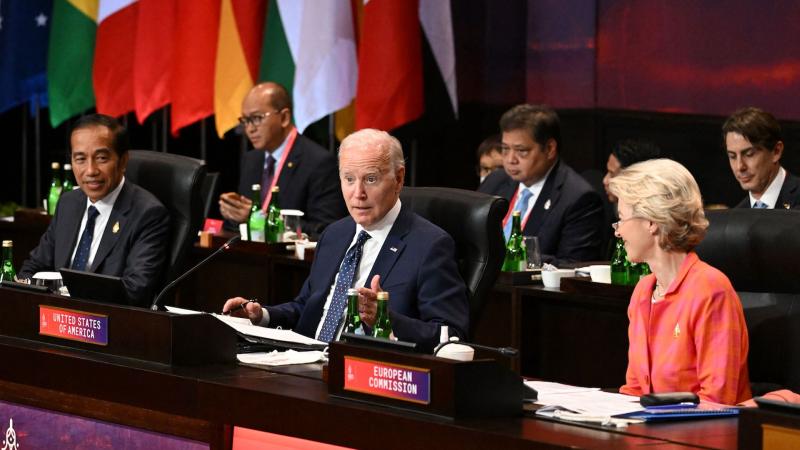