Even as the Department of Justice Inspector General released a report this week criticizing the politicization of the department, the FBI on Tuesday raided the homes of a Republican election official and several of her associates in Mesa County, Colo., in connection with a dispute about efforts to preserve 2020 election files.

The FBI operations targeting skeptics of the 2020 election results follow the bureau's raids earlier this month on the homes of conservative guerrilla journalist James O'Keefe and several of his associates with Project Veritas.

Numerous elected officials, reporters, and the American Civil Liberties Union have voiced their concerns about potential infringement of press freedom by the FBI and Justice Department in the O'Keefe raid. These fears were exacerbated when information collected in the raid was published in the New York Times, which has been defending itself against a lawsuit filed by Project Veritas.

The DOJ's inspector general released a report this week rebuking the department for straying from its own policies on avoiding the appearance of political bias.

"The Department faces a challenge in addressing public perception about its objectivity and insulation from political influence," Justice Department Inspector General Michael Horowitz wrote in his report. "The Department's efficacy as the guardian of the rule of law depends on maintaining the public trust in its integrity, impartiality, and ability to effectively administer justice."

Horowitz's critique of the department follows Attorney General Merrick Garland directing the FBI to investigate parents protesting policies of their children's schools, the DOJ misleading the FISA court in the Russia collusion case, and declining to prosecute in Hillary Clinton's email probe.

Peters said her home was raided at 6 a.m. on Tuesday and that FBI agents searched it for "about three hours" and took all of her electronics, including her phone.

"[On Tuesday] large teams of heavily armed federal agents, using a battering ram to break down doors, raided the homes of Mesa County Clerk Tina Peters and several of her friends and colleagues, mostly elderly women in their mid 60s," read a statement released Wednesday by Peters' legal defense fund. "This is a level of weaponization of the Justice Department we haven't seen since the McCarthy era. Thank God Tina wasn't protesting critical race theory at a Virginia school board meeting or they might have brought two battering rams."

Bishop, who is a resident of Garfield County and an associate of Peters, told Mike Lindell and and cohost Brannon Howse on Lindell TV Wednesday that her home was also raided by the FBI.

She said she was handcuffed as her 18-year-old daughter was "manhandled" and agents searched the place, confiscating her phone and other electronics.

"I don't know anything about this," she told Howse. "They couldn't explain any of this. I will tell you why: They were at my home to intimidate me, to shut me up, because I was using my First Amendment rights to advocate for Tina Peters on the issue of Dominion [voting machines] and the damage done in our election. And they'll never be held accountable. Instead they will criminalize this woman who has stood up."

"We have reviewed a statement from Tina Peters' legal defense fund that claims a level of force during the execution of this joint federal-state law enforcement operation. At no time was force used on Ms. Peters or her home. Ms. Peters was allowed to move around her home and fix herself breakfast while agents gathered items before departing. We are issuing this statement to clear up inaccuracies about what occurred during yesterday's enforcement action. We will continue to conduct a thorough investigation based on facts and the law, including using proper law enforcement tools such as the judicially authorized search that was executed properly in this matter."

The Mesa County Clerk's office has been under investigation by the county district attorney since August for allegedly breaching the security of the county's voting system components. Colorado's Democratic Secretary of State Jena Griswold cited the alleged breach in ordering the county to replace all of its voting machines.

Peters has been accused of aiding the non-employee responsible for taking the software passwords for the machines and posting them on social media during a limited access trusted build installation on May 25, according to Colorado Politics. The installation was a routine update for election systems, and according to Griswold agents discovered the county's surveillance system was turned off prior to the update.

The secretary of state alleges that Peters lied about having the unauthorized person involved in the voting system update as she attempted to expose alleged election irregularities.

Peters said in August at a news conference, "The Mesa County Clerk and Recorder's office directed her staff to turn off the video surveillance of the voting equipment," CBS 4 Denver reported.

Peters explained that she had copied files on the voting machines for security before the update was made.

"I was concerned they were going to delete important election files, I did a backup image before and after they did that," Peters told the news outlet.

She alleges that the images showed numerous voter files were removed during the update and her job was to supervise the files.

In October, Peters was prohibited by a Mesa County judge from overseeing the county's election in a ruling on a lawsuit filed by Griswold, according to Colorado Politics. 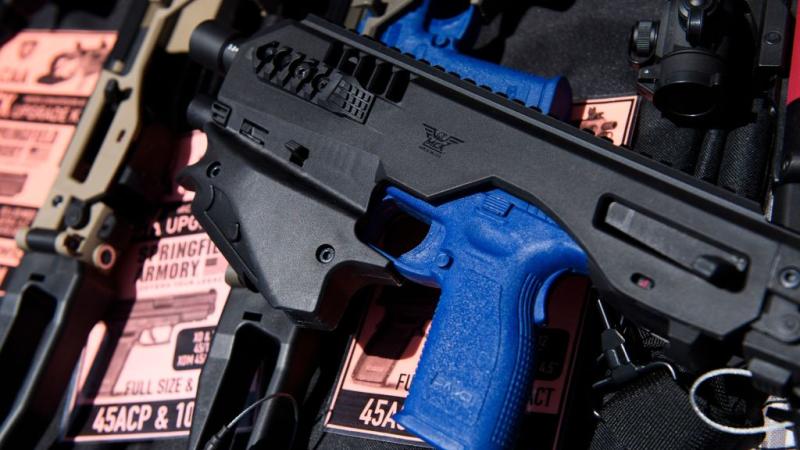