The newly revealed scope of collaboration between the feds and Big Tech in stamping out purported COVID-19 misinformation and promoting government narratives has opened a new chapter in constitutional challenges to state-influenced censorship by private actors.

On Wednesday night, America First Legal (AFL) published the first 286-page batch of emails among CDC, Google, Twitter and Meta staffers, some of whom were former Hill and White House aides. The production was compelled through a Freedom of Information Act lawsuit, and typical of government document dumps, it's not text-searchable.

The emails show intimate cooperation was well underway by the time the White House a year ago acknowledged the effort, which included thinly veiled threats for not more aggressively removing content.

New Civil Liberties Alliance attorney Jenin Younes told Just the News it incorporated "the revelations about the CDC emails" into a filing Thursday seeking to reopen its case against the feds on behalf of deplatformed users.

A federal court dismissed that litigation a month before a whistleblower leaked documents suggesting the Department of Homeland Security's since-scrapped Disinformation Governance Board planned to "operationalize" its relationship with social media companies to remove content. NCLA cited those documents in its initial motion to reopen in June.

The document dump by AFL, led by former Trump White House senior advisor Stephen Miller, is also likely to help a lawsuit by Missouri and Louisiana attorneys general against the feds for alleged collusion with Big Tech to censor information on COVID's origins, Hunter Biden's laptop and vote-by-mail security.

The feds filed a motion to dismiss two weeks ago for lack of legal standing and failure to state a claim. The AGs' responses aren't due until next week.

AFL's documents show the CDC shared specific tweets and Facebook and Instagram posts as examples of content to remove, including an interview with a former Pfizer vice president, Michael Yeadon, who advised against taking "top up" vaccines, meaning boosters.

The agency inserted its own COVID recommendations into Google's code, received $15 million in Facebook ad credits to promote its messaging, and even notified Facebook that Wyoming's public health messages were getting throttled as misinformation.

CDC digital media branch chief Carol Crawford, the sender on many of the emails, sent Facebook a suggested "quiz" that tells users to get vaccinated even if they have natural immunity, which a new study in the New England Journal of Medicine found more effective than two-dose vaccination against symptomatic Omicron BA.2 infection.

She suggested adding a paragraph to Facebook posts mentioning the Vaccine Adverse Events Reporting System that emphasizes the system accepts reports from anyone, without noting that manufacturers and healthcare providers are required by law to report and the two account for most reports.

Twitter proactively asked the agency what to censor and requested holding off on a misinformation coordination meeting because its CEO was about to testify in Congress.

A Google News staffer told the CDC in June 2020 that the company's efforts against COVID and election misinformation were "inevitably related."

The agency hosted regular "Be on the Lookout" meetings with tech companies, featuring slide presentations of messages to censor and "The Facts" to counter them, with instructions to limit the slides to "your trust and safety teams." Each page says "THIS INFORMATION IS NOT FOR FURTHER DISTRIBUTION."

Some of the specific content the feds wanted removed, and narratives they sought to promote, have subsequently become subjects of debate among mainstream scientists, including vaccine side effects on menstruation and fertility, optimal time between mRNA doses, and the effectiveness of masks against viral transmission.

The CDC's Crawford included a tweet by feminist COVID contrarian Naomi Wolf on the misinformation example list. "Unconfirmed, needs more investigation," Wolf tweeted, pointing to a Facebook group where women shared their "bleeding/ clotting after vaccination or that they bleed oddly being AROUND vaccinated women."

Several months later, the National Institutes of Health admitted vaccines have a "small" effect on menstrual cycles. A peer-reviewed study this month in Science Advances found nearly as many women with "regular menstrual cycles" reported heavier bleeding within two weeks of vaccination (42%) as those who reported no change (44%).

The feds also highlighted claims about "shedding" as targets for removal. While some examples referred to transmitting the vaccines' allegedly poisonous ingredients, others weren't specific. Viral shedding can simply refer to actively infectious people, vaccinated or not.

University of Colorado medical researchers this spring found that vaccinated people shed in an unexpected way.

Their preprint study, not yet peer-reviewed, found that vaccinated healthcare workers shed vaccine-induced antibodies into their face masks, leading the researchers to hypothesize "droplet/aerosolized antibody transfer" was possible between people.

Most of the document dump is not meaningfully redacted, though about 20 pages have partial or full redactions under the FOIA exemption for internal government deliberations known as (b)(5), regarded by transparency groups left and right as the "most abused" exemption.

Those sections concern April 2021 CDC deliberations on the template for its social media paid ads, updating the "Prevention and Treatment tabs" in Google's Knowledgebase, Google's request to "discuss vaccines" at a scheduled agency meeting, and Facebook's proposed "I got a vaccine" frame for user profiles.

Other recent developments may put the feds on the defensive. Deplatformed journalist Emerald Robinson said Thursday that "excess death data" were missing from CDC databases.

A new preprint study by a Dutch researcher, not yet peer-reviewed, found Dutch vaccination and booster campaigns had no "mortality-reducing effect" but did find a "4-sigma-significant mortality-enhancing effect during the two periods of high unexplained excess mortality" in the Netherlands. 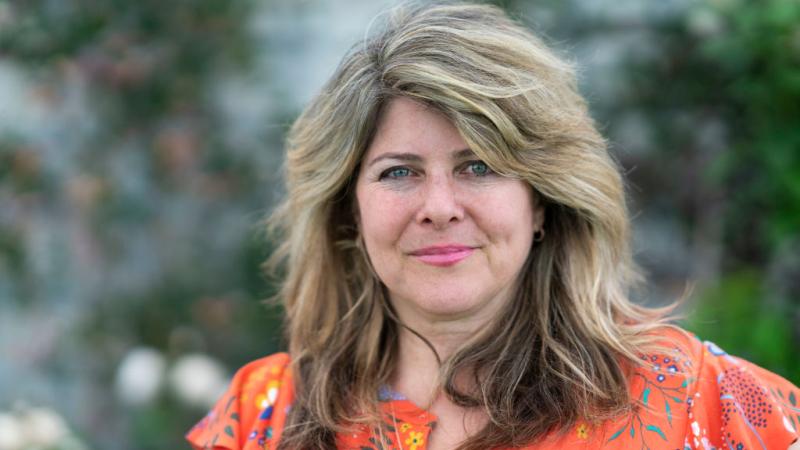