Police said they were being attacked with projectiles.

Police with the National Park Service said Tuesday that officers used smoke canisters to clear a mass of protesters to allow President Trump to walk to nearby St. John's Episcopal Church, contradicting news reports that tear gas was used. 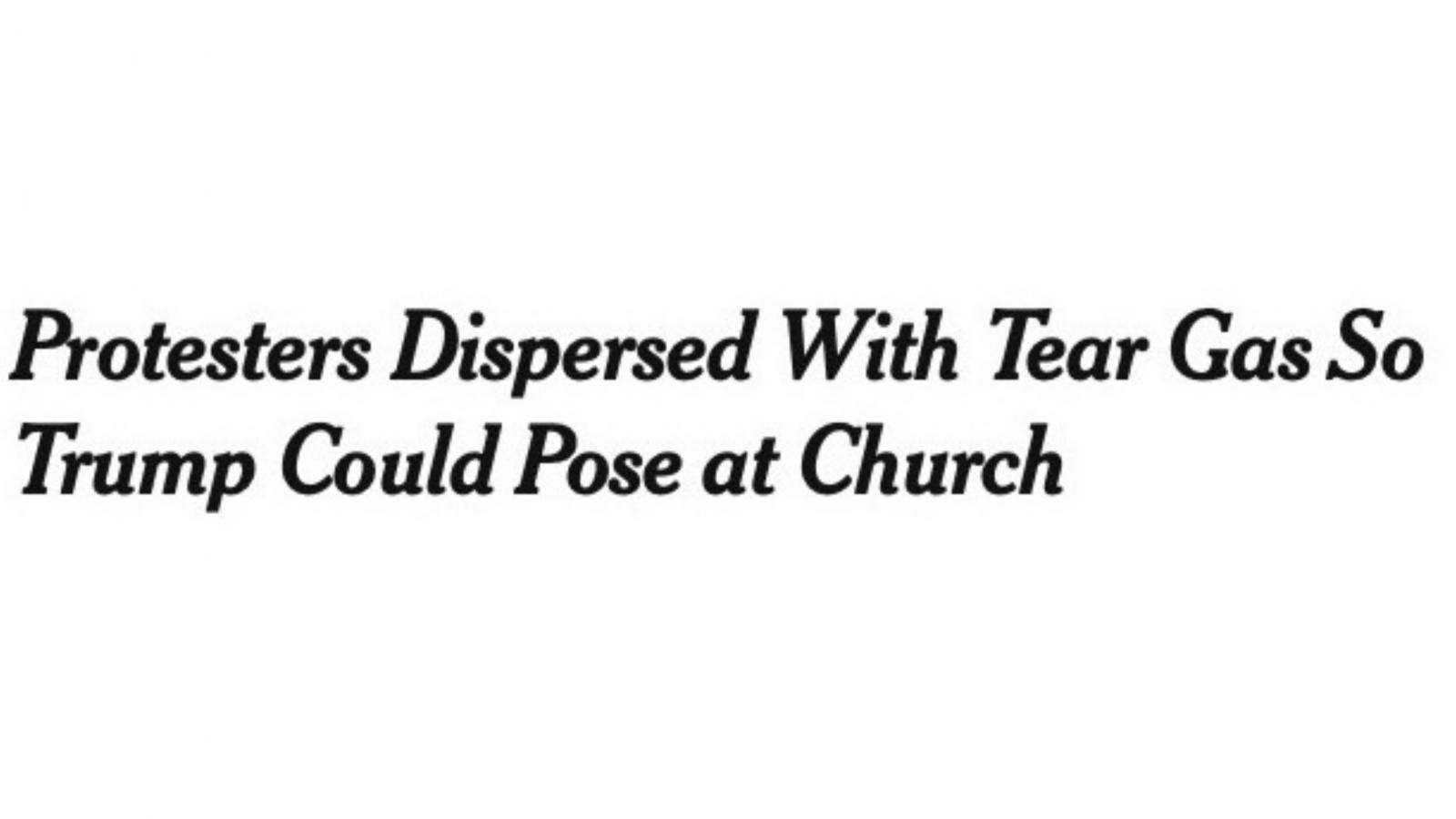 The White House has faced criticism over the last 24 hours after reports circulated that federal police had cleared out a large group of protesters Monday outside the White House, including with the use of tear gas, so that President Trump could walk to a nearby episcopal church that had been burned by rioters the night before.

In a statement released on Tuesday, United States Park Police acting Chief Gregory Monahan denied those reports, saying the assembled police used inert gas devices and that they were responding in part to violence from the crowd rather than a directive from the White House.

"Intelligence had revealed calls for violence against the police, and officers found caches of glass bottles, baseball bats and metal poles hidden along the street," he continued.

Monahan said the police warned the assembled protesters before moving in to clear the area.

"As many of the protestors became more combative, continued to throw projectiles, and attempted to grab officers’ weapons, officers they employed the use of smoke canisters and pepper balls," he said.

"No tear gas was used by USPP officers or other assisting law enforcement partners to close the area at Lafayette Park," he also said.

An anonymous Justice Department official, meanwhile, told media on Tuesday that the order to clear the protesters was given by Attorney General Bill Barr.