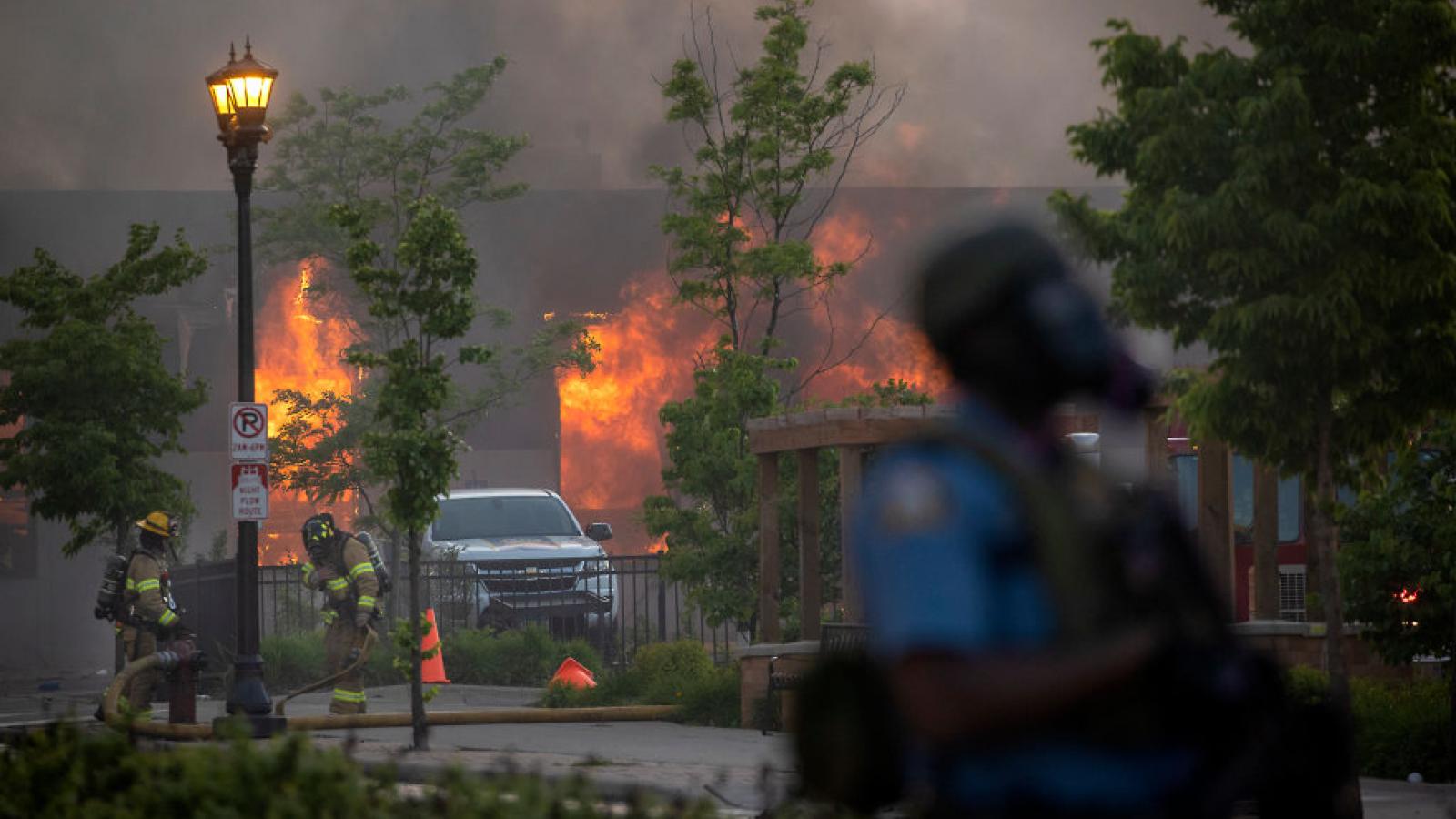 A building burns during the Minneapolis riots
(Star Tribune/Getty)
By Sophie Mann
Updated: August 4, 2020 - 9:19am

Minneapolis Mayor Jacob Frey, a Democrat, is criticizing Gov. Tim Walz for what he considers his slow response to the George Floyd protests that resulted in widespread looting, arson, vandalism and other problems.

Frey says Walz, a Democrat, failed to respond swiftly to early requests from the city for the state to activate the National Guard, according to The Minneapolis Star-Tribune.

Floyd, an unarmed black man, died May 25 while in the custody of Minneapolis police, resulting in nationwide protests.

According to Frey and his office, the mayor requested National Guard help on May 27, relaying to the governor's office that "the ongoing situation is well beyond the capability of our police and fire departments to respond."

Text messages among employees at the mayor's office show Frey was intent on calling in the Guard on the evening of May 27, following a conversation with the city police chief. Subsequent conversations imply that the governor was "hesitating" to move on the request, according to the newspaper.

Walz spokesman Teddy Tschan has given a different version of events.

“As a 24-year veteran of the Minnesota National Guard, Governor Walz knows how much planning goes into a successful mission," Tschan told the newspaper. "That’s why he pushed the City of Minneapolis for details and a strategy. He ordered the Minnesota National Guard to start preparing Thursday morning which allowed them to deploy to both St. Paul and Minneapolis that evening, per the Mayors’ requests.”

Walz's office, including the state Public Safety Commissioner John Harrington, contend that the mayor's early requests for the Guard were "rather vague." Per Tschann's statement, the governor's staff argue that they needed significantly more detail from Minneapolis leaders before being able to activate the guard.

Additionally, the governor's office says it told the mayor that a phone call to the governor verbally requesting the presence of the National Guard is not the same thing as an official request.

Governor Walz activated the National Guard on May 28 – less than 24 hours after Frey's initial, unofficial, request. That night, 90 National Guard troops were on the ground across Minneapolis and St. Paul. Though, by then, officers had already been forced to evacuate the Third Precinct, which was under attack by rioters.

On the morning of Friday, May 29, Walz addressed the state, calling the city leadership's response to the events of the week an "abject failure." The Third Precinct was still smoking at the time.