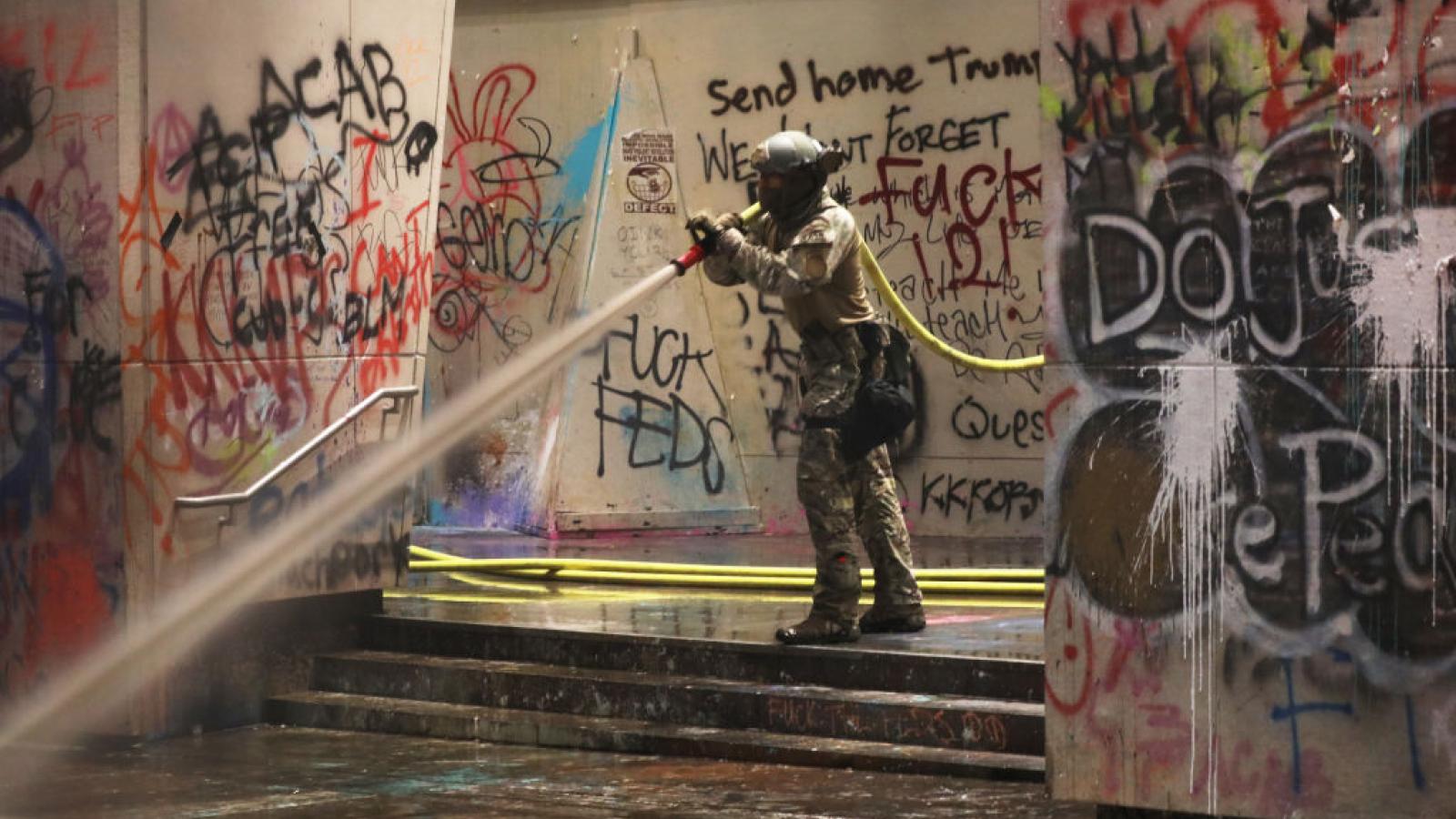 More than 60% of Oregon voters disapprove of the ongoing protests in Portland, according to a new poll.

The poll, by the independent, nonpartisan public-opinion research firm DHM Research, found that 66% of the voters disapprove of the protests – with 52% strongly disapproving and 14% somewhat disapproving.

The protests, which started after the May 25 death of George Floyd while in Minneapolis police custody, have continued for more than 100 nights.

The poll of 502 state voters was conducted Sept. 3-8, with a margin of error of plus or 4.4 percentage points. Among the respondents, 31% said they approve of the protests, while 19% said they somewhat approve and 12% said they strongly approve.

In an open question in the poll, about the most important issue that respondents wanted state leaders to address, 30% mentioned something about the ongoing protests – over the coronavirus, economy, homelessness, racism, policing, health care and other topics.