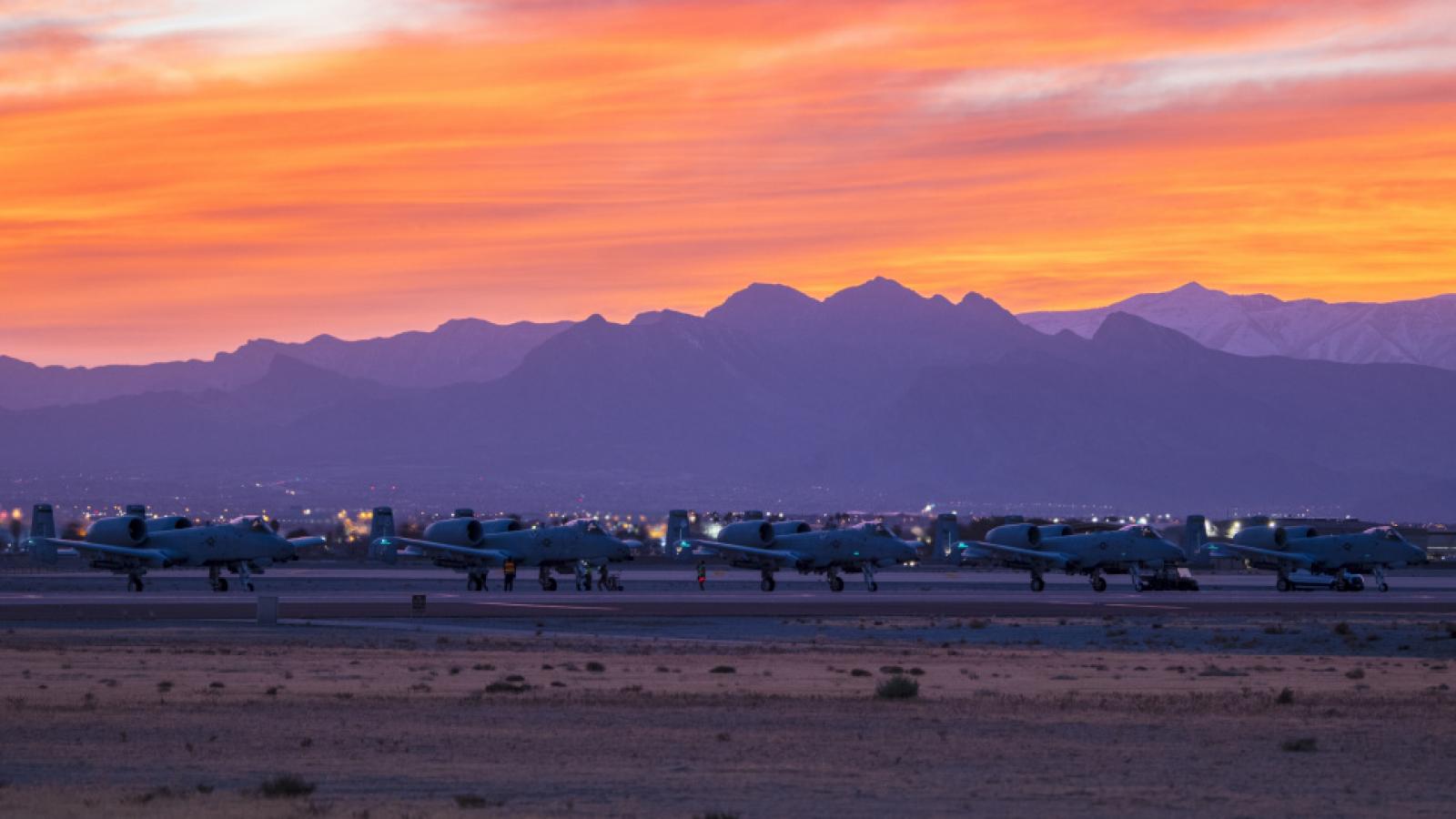 The annual Red Flag mock air warfare exercise hurtles onward this year in the skies above Nevada, adjusting for COVID-19 and incorporating the new Space Force guardians to train alongside Air Force pilots and cyberwarriors.

The exercise is one of the U.S. Air Force's largest combat training drills, designed to teach pilots and supporting crews how to win in air combat. The realistic scenarios include air-to-air dogfights against Russian MiG aircraft. The drill commenced Jan. 25, and runs through Feb. 12 at Nellis Air Force Base, near Las Vegas.

This year, the training sorties are more intense than in previous seasons, according to the commander of the unit that runs the program at Nellis. The sorties are playing out over an expanded airspace in the Nevada desert, with aggressor forces "unleashed" against defender forces, said Col. William Reese, who commands the 57th Wing's 414th Combat Training Squadron. In fighting the mock defenders, the aggressor team will "punish their mistakes," he said.

"This Red Flag is a much better training opportunity and will galvanize our coalition force readiness to meet any high-end threat," Reese said.

In order to help stave off the coronavirus, organizers have placed participants into small groups for briefings, meetings, and transport to and from the flight line. If one person tests positive for COVID-19, his or her group will be isolated so that others can continue to train, according to the Air Force.

The Red Flag program was formed after the Vietnam War, when Air Force planners recognized that fighter pilots had a better chance of surviving air combat if they had engaged in 10 combat missions. The training program was designed to provide that experience. Similar in concept to the Navy's more recognizable Top Gun program at the fighter weapons school, Red Flag is a highly competitive recurring event.

Red Flag 21-2, the first in the current season, involves some 2,400 participants, including air crews from Australia and the United Kingdom, according to the Air Force. American aircraft will include fighter jets such as the F-22 Raptor, the F-35 Lightning, the F-15 Strike Eagle, and the F-16 Fighting Falcon.

The new Space Force guardians will perform what the service calls "non-kinetic" duties, such as planning and cyber functions.

The exercise this year is being held in conjunction with Green Flag-West, a drill at Fort Irwin, Calif., to train Army and Air Force crews to work together in combat. Space Force also conducts its own exercise, Space Flag, set in an orbital domain.