Former acting Homeland Security Secretary Chad Wolf said that the Biden administration is intentionally causing the border crisis because "this is what they campaigned on."

The southern border crisis is causing crime downstream as it has become "the worst humanitarian security crisis" that has ever erupted there, said Chad Wolf, acting Homeland Security Secretary during the Trump administration.

Wolf blasted the Biden administration on "Just the News, Not Noise" for what he said was their intentionally weak immigration policy.

"[W]e see what's happening along the border, and we're in the worst humanitarian security crisis that we have seen in anyone's lifetime, and really, ever," Wolf told cohosts John Solomon and Amanda Head on Monday night.

"And so you have to contend that everything that we're seeing now, the … failed catch and release policy, the hundreds of thousands of folks that are being flown into communities across this country late at night, all of this was by design. And because they're not changing it. It's been 12 months of this. They're not implementing new policies, new enforcement measures."

The effects of the Biden immigration policies are being seen "not only along the border, but in every community across this country," said Wolfe, "whether it's the trafficking and the smuggling of human beings that we see, but it's also the illegal narcotics and the fentanyl that we see coming across that border in numbers that we've just never seen before.

"And it's all because they have created an atmosphere along that border that the cartel members and other folks that are smuggling individuals across know that it's wide open, and I think you continue to see more and more of it every day."

Agnes Gibboney, founder of Angel Families of America, is an Angel mom whose son was killed by an illegal immigrant who had been previously deported. Her parents escaped from Hungary after the Soviet Union invaded and immigrated to Brazil, from where they applied three times to immigrate to the U.S. before their application was approved.

Gibboney's son Ronald was dropping off food for his children when a "known gang member came from behind, who intended to shoot his friend in the back, and got my son instead in the arm," she recounted on "Just the News, Not Noise" Monday.

"[T]he bullet traveled across his chest, severing a main artery, and he died three and a half hours later in surgery," she said.

The Biden administration "is the most useless, corrupt government I have ever witnessed in my stay in United States," said Gibboney, adding "they are protecting illegals and criminals, but not giving protection to citizens of this country. And it is an outrage.

"[T]hey are refusing to acknowledge that this is a real problem, and [have] yet to go down to the border and make a solution. And the only reason they took away everything that President Trump has done is because it worked, and they did it out of spite. Now it's blowing up in their faces, and eventually it's going to create more victims in this country."

Michelle Root, also an Angel mom, lost her daughter in 2016 in a car accident when a 19-year-old illegal immigrant rear-ended her car at a stoplight while going 70+ miles per hour in a 35 miles-per-hour zone. The illegal immigrant's blood alcohol content levels were three times the legal limit.

"[H]e had priors, he had no driver's license, no insurance, it wasn't his vehicle," Root told "Just the News, Not Noise" on Tuesday. "He had a warrant out for his arrest from May of 2015."

The suspect posted bond less than a week after her daughter was killed but didn't reappear for his court date and is still on the run, Root related.

There was a record-high 1.9 million arrests of border crossers by U.S. Border Patrol last year, about 20% of whom were released into the U.S. as they awaited their asylum hearings, according to the Wall Street Journal. 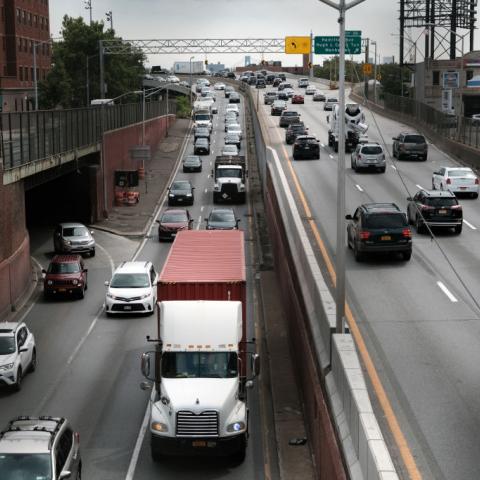