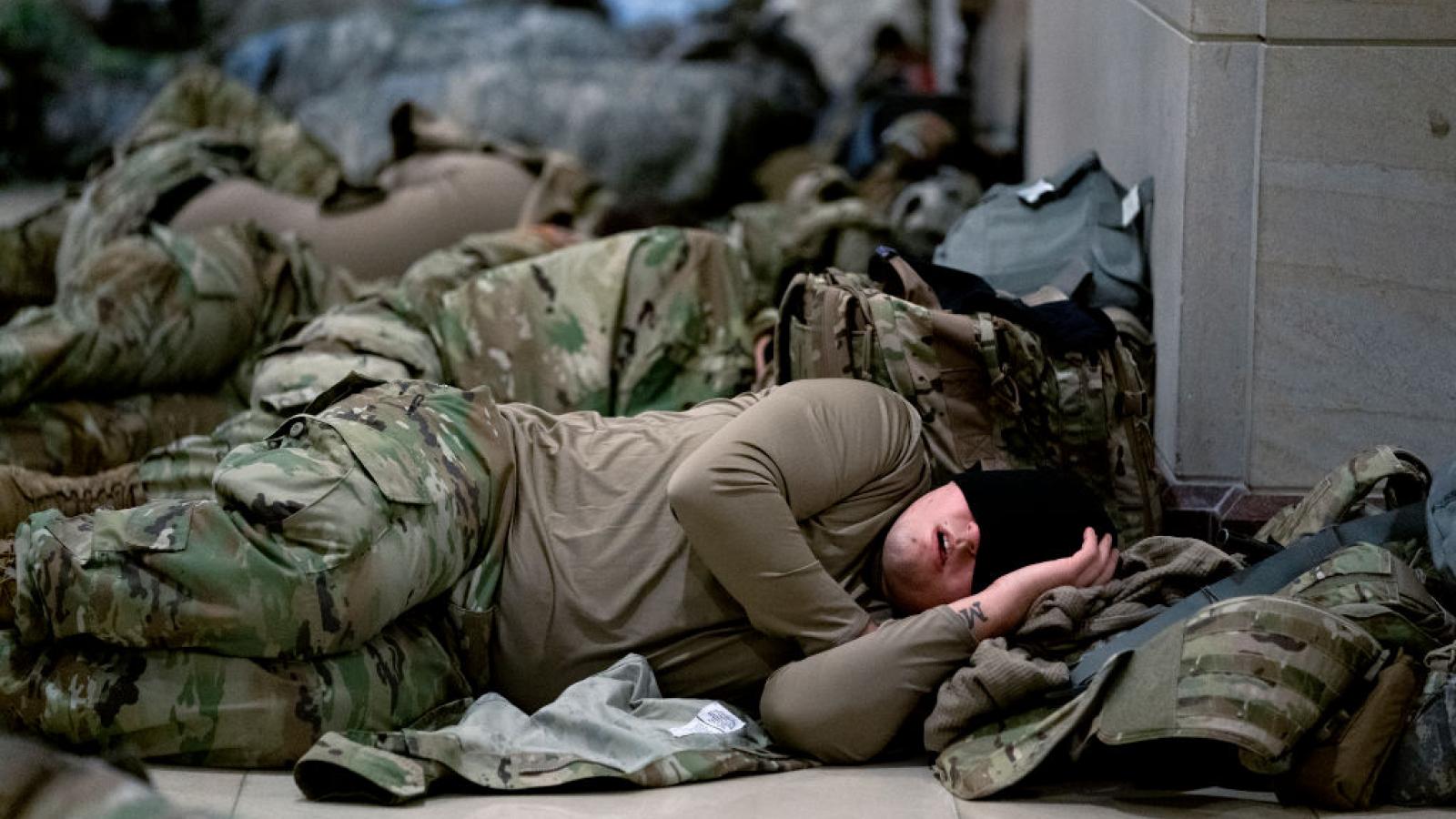 Two key lawmakers on Thursday asked the Army to provide cots for National Guard members who have resorted to sleeping on the marble floor of the U.S. Capitol.

"With the uncertainty for needed rest and recoup time in flux, and to ensure that the Guard members are fully able to execute their protection mission, we urge you to make available cots or other equipment to more easily facilitate their ability to rest while they are on Capitol grounds," the lawmakers wrote.

The Jan. 14 letter follows the publication of images showing National Guard members sleeping alongside their weapons, curled up beneath statues, or sprawled out and using their packs for pillows.

"After the horrific events of January 6th, the Congress is grateful to have National Guard troops assisting in the protection of the Capitol," the lawmakers wrote. "We were disappointed though to see in a variety of images in the media, that Guard personnel are having to take breaks or rest on the floors of the Capitol."

The legislators referenced a conversation with Army officials regarding housing for the troops.

"Staff were on the call with Vice Chief of Staff, General Martin, and understand that not all Guard personnel currently have secured lodging, and that the Army is considering utilizing the convention center for lodging," DeLauro and McCollum wrote.

Their letter seemed to contradict a Wednesday statement from the National Guard saying that the troops are being housed in hotels, and only were resting when photographed on break inside the Capitol.

"The U.S. Capitol Police designated rest areas for National Guardsmen when they are on duty and between shifts," the District of Columbia National Guard wrote in a Jan. 13 statement. "To be clear, this is not where they are lodged when off-duty. Our security personnel work through stations in order to remain sharp and vigilant, and rest when they can while others stand watch."

The soldiers in the photos are among the 15,000 National Guard troops that have been activated to safeguard the Jan. 20 inaugural in the wake of last week's siege on the U.S. Capitol.

Active and veteran National Guard members told Just the News that troops in transit grab sleep where they can, including on chairs, baggage claim belts, or the floor, but that the ad hoc quarters can and should be replaced by proper bedding.

Officials from the National Guard did not immediately return a request for comment.

Additional members of the National Guard have been authorized to bolster security inside the city, bringing the total to some 21,000 for the inaugural. 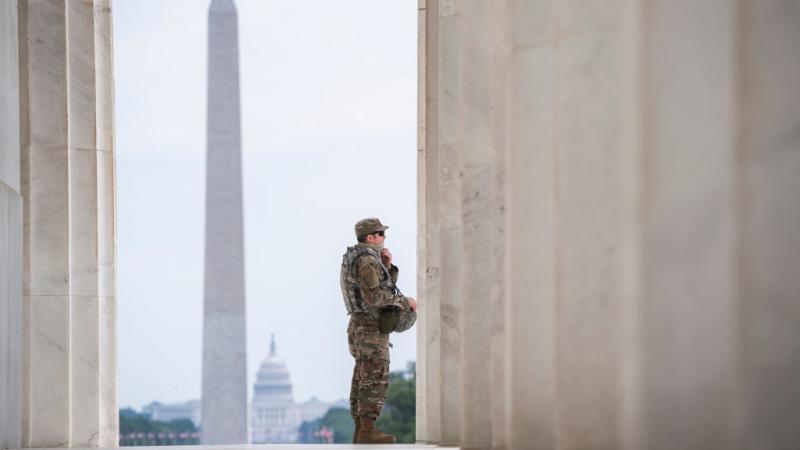