In a collection of posts dating from 2019, a Twitter account under Bishop Garrison's name vilified Donald Trump and his supporters as racist and championed the discredited 1619 Project.

The Pentagon's point man for quashing extremism in the ranks has drawn scrutiny from critics who charge that the newly appointed official himself has expressed extremist views on American social issues.

The effort as described in an April 9 memo skews heavily toward bureaucratic staples such as a steering committee, subcommittees, weekly meetings, studies, and monthly progress reviews. The group will report up a chain of command, through the Defense Department's Workforce Management Group to the Deputy Workforce Council. But, while the project on paper seems mired in the typical trappings of officialdom, observers have raised questions about what the group will do under Garrison.

In a collection of posts dating from 2019, a Twitter account under Garrison's name vilified Donald Trump and his supporters as racist, and championed the discredited 1619 Project. When former Secretary of State Mike Pompeo denounced the 1619 Project — which aims to reframe American history within a racist construct — Garrison tweeted that Pompeo's views were "dangerous."

A half-dozen active duty sailors and Marines contacted by Just the News shrugged off the new working group as belonging to the refined realm of the Pentagon, with little real-world applications to the force. Civilian political observers, though, cautioned that Garrison's presence at the helm of the CEWG signals where the Defense Department overall is heading.

"This is not the 'woke' military stuff you have been hearing about," commentator Pete Hegseth said last week on Fox News. "This is not extremism stand down or a social justice reading list or even a foolish CIA recruitment video we have all seen by now. This is worse. This is way worse."

Garrison will cut a deep and wide swath through military culture, Hegseth warned.

"This, my friends, is a purge," he said. "A purge of the Defense Department led by a new and now powerful radical leftist."

Garrison did not immediately respond to emailed questions from Just the News.

The Pentagon has not confirmed whether the group has commenced meetings that were set to begin April 14, nor whether it formed the required subcommittees. One Pentagon employee, however, said that an extensive email chain has been compiled for participants, and that emails have been sent to the members.

The group is due to make a status report to Austin in mid-July, according to the Pentagon.

Like Austin, Garrison graduated from the U.S. Military Academy at West Point, and served in the Army before returning to civilian life. 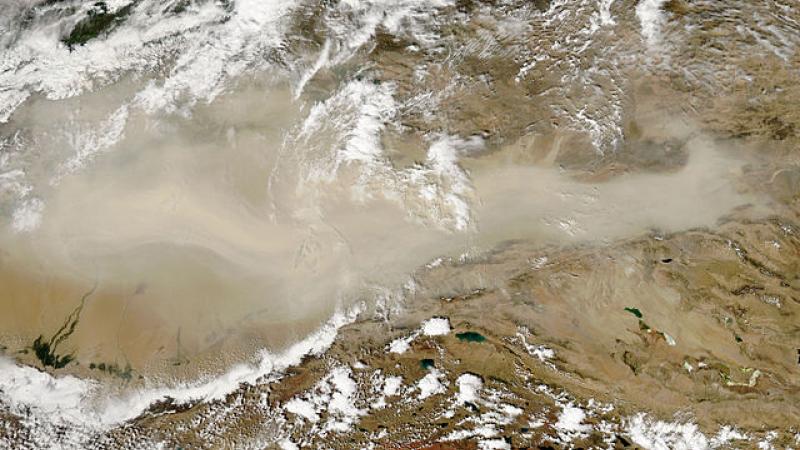 You Vote: If you were president, would you support Finland and Sweden joining NATO?