The assurances follow the publication of images showing National Guard troops sleeping on the bare floor of the Capitol. 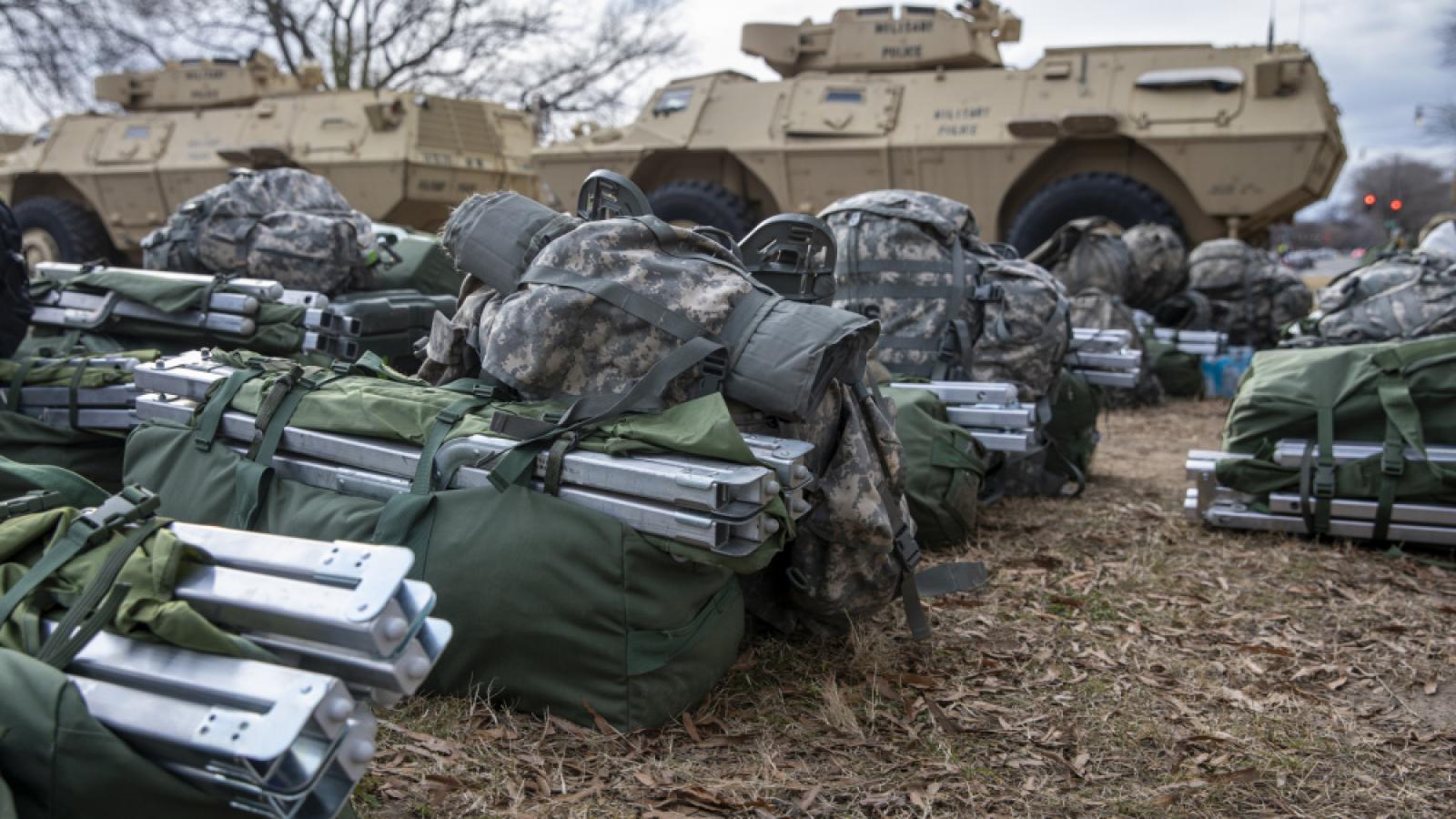 The National Guard over the weekend publicized its efforts to feed and house the extraordinary number of troops that have streamed into Washington, D.C. from around the country to support the presidential inauguration.

"Moving 25,000 Soldiers and Airmen to D.C. from each of the states and territories in less than a week is unprecedented," said Army Gen. Daniel Hokanson, chief of the National Guard Bureau. The troops have been given "proper lodging," he said, and are being fed three meals a day. As if to underscore that message, the Guard on Saturday released photographs of military cots and sleeping pads awaiting the soldiers, along with images of troops collecting their meal boxes.

The new photographs and assurances follow the recent publication of images showing National Guard members sleeping on the bare floor of the U.S. Capitol. In those images by civilian photographers, troops slept alongside their weapons while curled up beneath statues, or while sprawled out and using their packs for pillows.

The images prompted two lawmakers on Thursday to approach the Pentagon for help.

"With the uncertainty for needed rest and recoup time in flux, and to ensure that the Guard members are fully able to execute their protection mission, we urge you to make available cots or other equipment to more easily facilitate their ability to rest while they are on Capitol grounds," the lawmakers wrote.

The troops are in fact being well cared for, the National Guard said on Saturday. In the last week, food service specialists served more than 18,000 prepared meals a day, said the D.C. National Guard's Army Staff Sgt. Ronald Seaborn.

"It's definitely long hours and lots of work," Seaborn said.

Feeding the troops is a key mission, said the D.C. National Guard's Army Spc. Patrick McCants. "If an airman or a soldier is not fed properly, they are not going to perform their jobs properly," he said.

Members of the National Guard have come into Washington, D.C. from as far away as Guam. The troops from around the country will perform a number of duties, including traffic control and managing security checkpoints. A contingent from West Virginia will include personnel who specialize in responding to chemical, biological, radiological, nuclear, and high-yield explosives.

Guard members positioned at or near the Capitol may still be spotted sleeping in ad hoc nap depots, officials said. They work in shifts, and are encouraged to rest when they can while others stand watch, officials noted.