Some of the Democratic governors most associated with harsh and prolonged COVID-19 lockdowns are facing stiff electoral headwinds in the midterms, while Republicans who endured national scorn by quickly reopening their states are cruising toward reelection.

Republicans were already in an advantageous position with voters on crime and the economy, particularly inflation, the top two issues in polling this fall. Education issues, which propelled Virginia Gov. Glenn Youngkin (R) to victory a year ago, are a leading concern in some races.

And while elections tend to focus more on the future than the past, the starkly contrasting performances of lockdown lefties and reopen righties suggests that a reckoning on pandemic policies may be a stealth issue in major governor's races.

The repercussions of lockdown policies are also felt indirectly in the top issues for voters, from supply-chain problems and inflation driven by COVID relief spending to plummeting test scores and parental outrage over school curricula resulting from remote learning.

"I lean mostly left, but data clearly proved kids 18 and under were safe," and yet many were kept out of school, resulting in plunging test scores, rising suicides and "[c]haos for parents," he continued. "A price will be paid and hopefully a lesson learned."

"Her Excellency the Queen of Michigan," Gov. Gretchen Whitmer (D), "made it illegal ... to visit friends, sell paint, mow grass, and golf" while flouting her own unilateral orders, The Spectator wrote in a recent list of "Eight Democrats we all hope lose this November."

A heavy favorite going into the campaign, Whitmer is up just 3.4 percentage points over Republican challenger Tudor Dixon in RealClearPolitics' Oct. 18-Nov. 2 polling average, with a margin of error greater than the spread in half those polls.

Whitmer is facing blowback for downplaying school closures, claiming they lasted just three months in the pandemic's early phase while ignoring her health department's three-week high school closure that fall and her call to shut down schools for two weeks in April 2021.

The Washington Free Beacon noted that Whitmer refused Republican calls to require districts to offer in-person learning in grades K-5 in 2020-2021, allowing Detroit and Grand Rapids to keep schools closed most of the academic year, while Ann Arbor and Flint started the 2022 calendar year remotely.

Nevada Gov. Steve Sisolak (D) is down 1.8 percentage points against Clark County Sheriff Joe Lombardo in the RCP polling average (Oct. 13-29). The Republican is ahead in most polls, although some leads are exceeded by the margin of error.

"His Royal Highness Sisolak" ordered counties to impose strict limits on gatherings as COVID cases were falling in summer 2020 and even threatened to return to 10-person caps and "non-essential" business closures, Las Vegas Review-Journal columnist Victor Joecks wrote at the time.

"Casinos and larger construction projects won't be shut down no matter how many positive cases can be traced to them," Joecks said. "Every king requires tribute ... er, campaign contributions."

The far-left magazine The Nation blamed lockdowns for tourism-dependent Nevada's still-sluggish economy, including a 6% unemployment rate in "the epicenter of Democratic support in the state," on the cusp of 2022 midterms.

In everblue New York, Democratic Gov. Kathy Hochul faces an increasingly plausible risk of defeat at the hands of Republican challenger Rep. Lee Zeldin, who made hay of her confusion about why it's important to lock up criminals.

While she leads by 6.2 percentage points over the strong ally of former President Trump in the RCP polling average (Oct. 12-31), Hochul has been defiant in defending her COVID mandates.

The staff shortages predicted by New York hospitals when Hochul imposed a healthcare worker vaccine mandate in summer 2021 came to pass the following winter, prompting the governor to rescind a booster mandate. Yet "I would do it all over again," she told Zeldin in a recent debate.

Her statewide mask mandate, which applied to toddlers, was struck down in court in January for usurping the Legislature. Courts have been more active against New York City public employee vaccine mandates, ruling against them twice in October alone, while the city dropped its private employee mandate the month before.

Wisconsin Gov. Tony Evers (D) narrowly trails Republican Tim Michels, a veteran and small businessman, in the RCP average (Oct. 14-Nov. 1), though each spread is within the margin of error.

The state Supreme Court threw out Evers' early-pandemic lockdown order and required any subsequent lockdowns to come from the Legislature, which considered shielding healthcare workers with natural immunity from hospital firings over their refusal to get COVID vaccines.

Meanwhile, two Republican governors who weathered dire warnings and derision to reopen their states early in the pandemic have built commanding leads in their bids for reelection in neighboring Southeastern swing states.

Florida Gov. Ron DeSantis (R) is up a whopping 11.8 percentage points against former governor and Democratic challenger Charlie Crist in the RCP average (Oct. 12-Nov.1), comfortably outside the margin of error in every poll.

After a short lockdown early in the pandemic based on a conversation with President Trump, DeSantis has become the most vocal governor against COVID mandates, going so far as hosting multiple public meetings with dissident medical professionals.

He credited school reopening policies for the state's stellar performance in the newly released National Assessment of Educational Progress rankings, and especially the outcomes for "younger and educationally at-risk students who were harmed the most from distance-learning in other states."

Georgia Gov. Brian Kemp (R) is up 8.2 percentage points in his rematch against Democrat Stacey Abrams, who continues to deny her well-documented claims that she was the rightful winner of their 2018 contest. He's comfortably outside the margin of error in every poll in the RCP average (Oct. 21-Nov. 2).

He issued a sweeping executive order more than a year ago preventing local jurisdictions from imposing COVID mandates on businesses, portraying it as a boost to the state's economic recovery. Atlanta Mayor Keisha Lance Bottoms responded by calling the governor "[t]he gift that keeps giving." 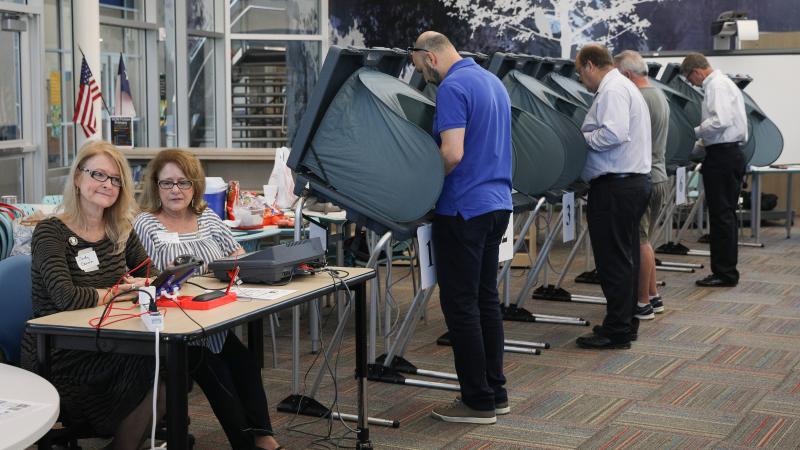 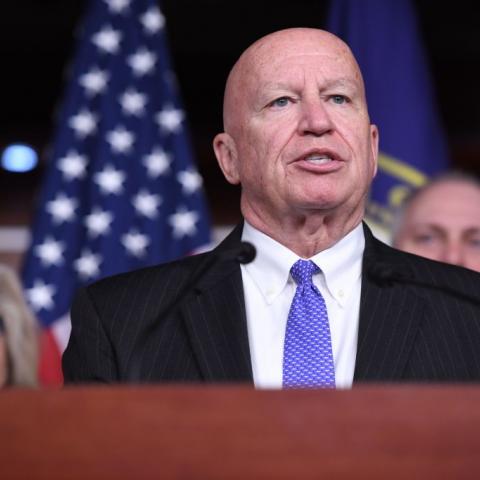