Biden cited a free press, right to vote as essential to democracy.

President Biden on Memorial Day honored American armed forces who have died, in the traditional wreath laying ceremony at Arlington National Cemetery in which he thanked the generations who have given their lives for their country.

"We were built on an idea, the idea of liberty and opportunity for all. We’ve never fully realized that aspiration of our founders, but every generation has opened the door a little wider," said Biden, who was joined Monday at the wreath ceremony at the cemetery’s Tomb of the Unknown Soldier, dedicated to deceased service members whose remains have not been identified.

Biden focused much of his speech on democracy, saying it thrives with a free press, when citizens can vote and equal rights for all, according to the Associated Press.

"Generation after generation of American heroes are signed up to be part of the fight because they understand the truth that lives in every American heart: that liberation, opportunity, justice are far more likely to come to pass in a democracy than in an autocracy," he also said. 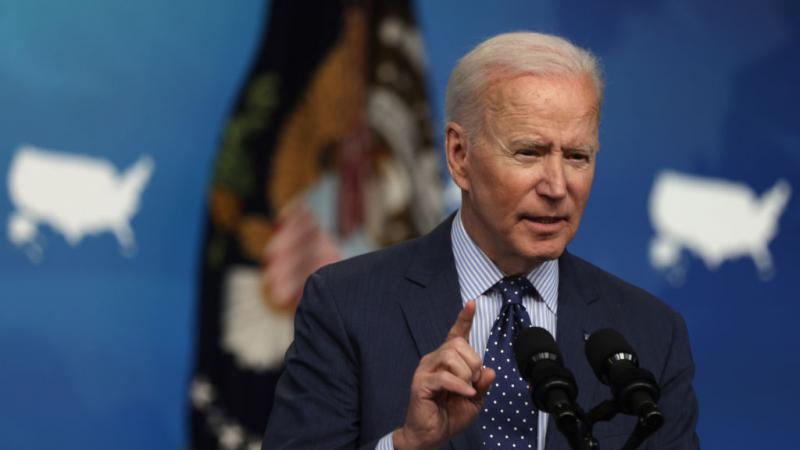