"I think there's a chance that we get a lot of Democrats to come our way," said Rep. Mike Gallagher (R-Wisc.). 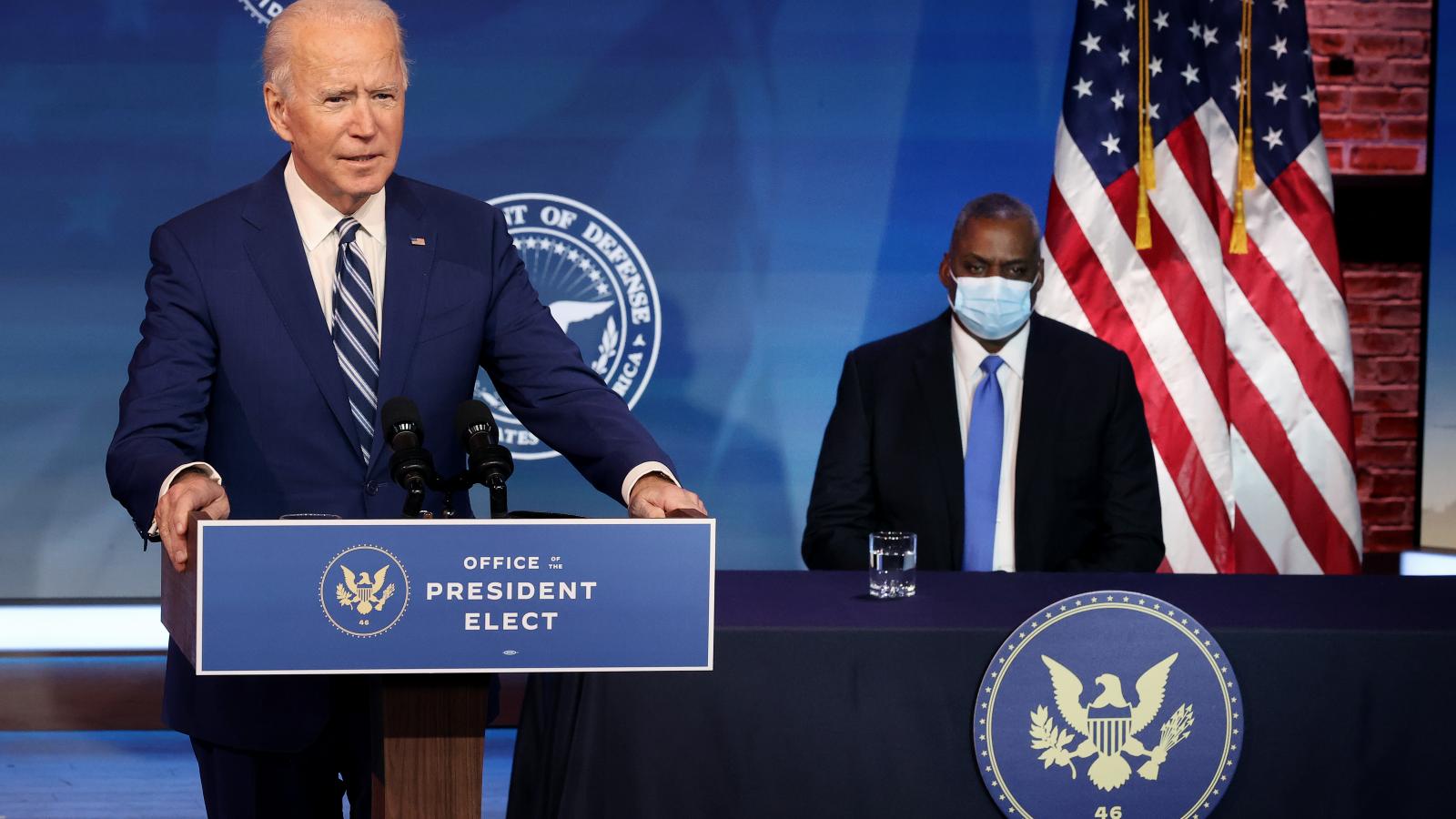 A bipartisan group in Congress could deliver a stinging rebuke to Joe Biden and sink his choice to lead the Pentagon, according to both congressional Republicans and Democrats.

Noting that Sen. Jack Reed (D-R.I.), the ranking member on the Senate Armed Services Committee, said that Congress should not do this "more than once in a generation," Gallagher said, "now we're considering doing it within the span of four years, and I do think that that will undermine the norm of civilian control of the military."

Gallagher pointed out that Rep. Seth Moulton (D-Mass.), a fellow Marine and an influential member of the House Armed Services Committee, said on Dec. 23 he would not vote to grant the waiver to Austin. And on Monday, Armed Services Committee Chairman Adam Smith (D-Wash.) reportedly told MSNBC that he was worried that Congress might not grant a waiver for Austin.

"We've had several Republicans come out and say even though they supported the waiver for Mattis, they won't support the waiver for Lloyd Austin," Smith said, according to The New York Post. "I think that's questionable. There have also been Democrats who have raised those concerns. The Biden administration and Gen. Austin, they're going to have to work to get the waiver."

The lesson Gallagher drew from the Mattis experiment is that habits of command and obedience forged in the military don't necessarily translate well to the messy, endless bureaucratic skirmishing within the Beltway's civilian corridors of power.

"It's going to require someone who's comfortable with advocacy, someone who is comfortable with engaging in debates, not only with Congress, but also within the executive branch, within the White House," Gallagher continued. "And that's not something that general officers are necessarily trained to do; they're trained to sort of salute, carry out the mission and not engage in that fray. And so I just think we need to be mindful of what we've learned from the recent experience."

Gallagher said that while Austin is "incredibly accomplished" and "a true patriot," he lacks expertise in China. Austin's background has been heavily involved in the Middle East, including serving as the 12th commander of United States Central Command (CENTCOM), which is heavily focused on the Middle East.

"There are plenty of other candidates that Biden could choose from," said Gallagher. "He may want to even look to a Republican, if he's serious about a unity administration. I'm not sure his own party would let him do that, but I think this is just a critical moment, and one of the rare areas of bipartisanship in Congress at a time when the country is very bitterly divided is on the issue of China. Colleagues of mine in Congress, the Democratic Party and the Republican Party on the Armed Services Committee, all agree with the basic logic in the national defense strategy and the national security strategy, which suggests that our primary threat is China, and it's not even close, and therefore we need to build our military deterrent in order to reflect that."