Meadows: Democrats playing politics with expired jobless money 'at expense of those who are hurting'

White House Chief of Staff Mark Meadows vented Friday about what he thinks is Democrats playing politics with the enhanced unemployment fund that expires today.

In a surprise visit to the routine White House press briefing, Meadows repeatedly said that Republicans have issued "no less than four different offers to Democrats on Capitol Hill" that would clear the way to pass another coronavirus relief package, which would extend the jobless benefits.

"Those four different offers have been actually rejected, but more importantly than that, they've not even been countered with a proposal," said Meadows, a former North Carolina GOP congressman.

Capitol Hill lawmakers have spent the past two weeks negotiating a so-called Phase 4 relief package, as the pandemic extends into its sixth month.

The Democrat-controlled House in May passed a roughly $3 trillion relief package, which keeps the enhanced federal unemployment payments at $600 a week. The GOP-controlled Senate in recent days has release a measure that also extends the benefits, but at a lower rate.

Amid the stalled negotiations, some lawmakers have tried to temporarily extend the current benefits.

Meadows also told the briefing room Friday that Democrats believe they "have all the cards in their hands," and are "willing to play those cards at the expense of those who are hurting."

By failing to work with Republican negotiators, or offer any sort of counter offer over the past few days, Democrats are allowing Americans suffering during the pandemic "to go unprotected," he said.

He departed the briefing after calling on Capitol Hill to "get serious about their negotiations."

Press Secretary McEnany underscored the points made by the chief of staff, calling the Democrats "fundamentally unserious," and saying President Trump continues to send administration officials to the Hill in good faith for negotiations.

McEnany said that the priority for the administration was making sure Americans who lost their jobs through no fault of their own continue receiving unemployment insurance and are not subjected to eviction in August.

When asked about some of the White House proposals for the Republican bill, which include a $377 million renovation of the West Wing, and $1.75 billion for new FBI headquarters, McEnany said those measures were "not hard red lines." 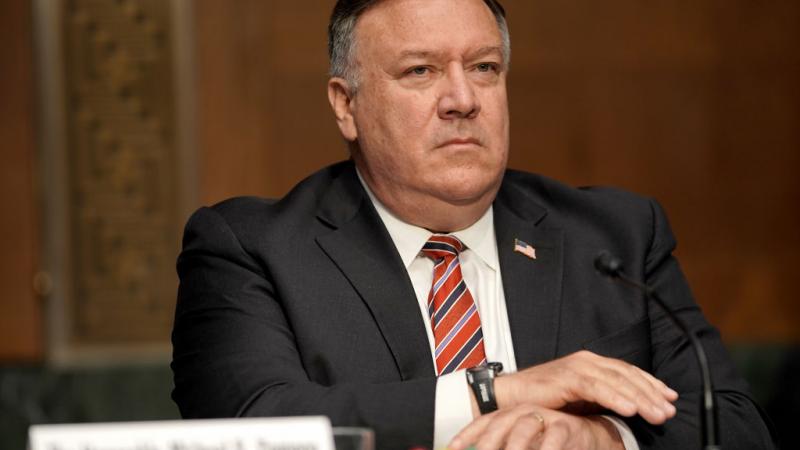