The Merriam-Webster Dictionary defines "bipartisan" like this: "marked by or involving cooperation, agreement and compromise between two major political parties."

But that's not what the White House thinks.

Biden senior adviser Mike Donilon has offered a new definition from the president of "bipartisan" as "an agenda that unifies the country and appeals across the political spectrum."

"If you looked up ‘bipartisan’ in the dictionary, I think it would say support from Republicans and Democrats," she told the liberal-leaning paper. "It doesn’t say the Republicans have to be in Congress."

Former Obama chief of staff Rahm Emanuel told the paper: "What’s become crystal clear is that Biden has redefined bipartisan. It isn’t how many Republicans I’ve got," but "about how many Republican voters or mayors and governors can I get to support my stuff."

"And Washington is slow to catch up to the Biden definition," said Emanuel, a former Illinois congressman who has also served as mayor of Chicago.

Since the first day he took office, Biden has been acting unilaterally without support from Republicans, cranking out a slew of executive orders. He's also helped push legislation through the Senate, which is split 50-50 among the two parties.

In a speech in March, Biden offered his own definition of "bipartisan" as he discussed his American Jobs Plan in Pittsburgh.

The president added: "I hope Republicans in Congress will join this effort." 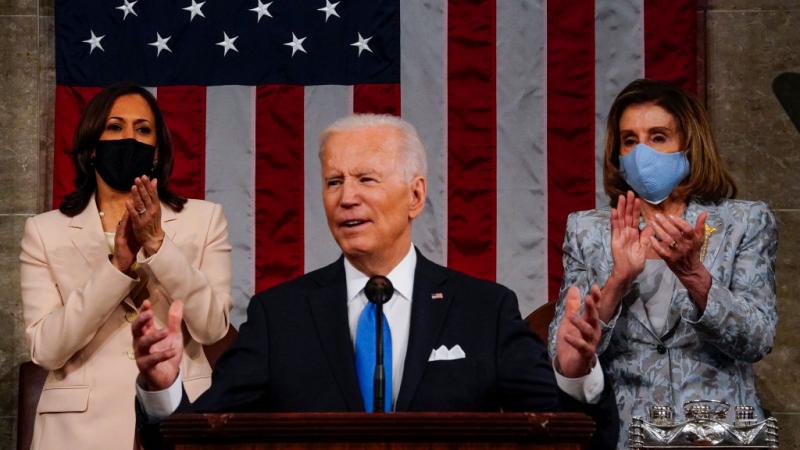 'All he had to do is leave it alone': Trump says Biden could have avoided border crisis