"I miss when we had a President who didn’t single out six year olds and compliment their legs while giving speeches," GOP Rep. Lauren Bobert tweeted.

President Biden drew wrath on social media responding to comments he made about a little girl's appearance and demeanor.

"I love those barrettes in your hair, man. I tell you what — and look at her; she looks like she’s 19 years old, sitting there with her — like a little lady with her legs crossed," Biden said during a Friday event on a Virginia military base, according to the White House transcript.

The president appeared to be referring to the young daughter of a currently deployed service member. The girl had recently been on stage with her mother and brothers—her mother had delivered remarks during the event.

"I miss when we had a President who didn’t single out six year olds and compliment their legs while giving speeches," freshman GOP Rep. Lauren Bobert of Colorado tweeted on Saturday. 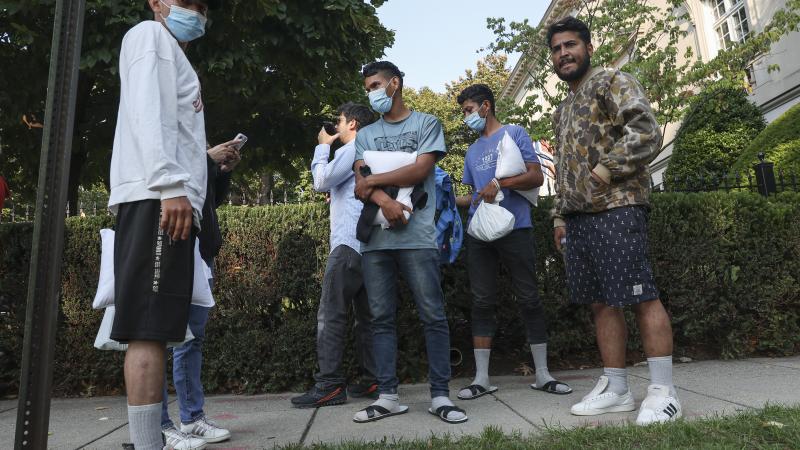 Another busload of migrants dropped off near VP Harris' official residence