Other countries likely view U.S. as having 'a bunch of clowns in charge,' congressman says

The Missouri congressman says, "It shows a weakness of our leadership team with Harris and Biden."

Rep. Blaine Luetkemeyer (R-Mo.) criticized the leadership of the Biden administration, saying that other countries have "got to look at us and say, 'Well, you've got a bunch of clowns in charge of your country right now.'"

"It shows a weakness of our leadership team with Harris and Biden," Luetkemeyer said on the "John Solomon Reports" podcast. "I think she's sitting there like a teenager, sort of laughing and chuckling and trying to hope that 'you don't ask me a really tough question and hope you think my smile and my little giggle here is going to get me off the hook.'

"Whoa, whoa, whoa, you are the vice president of the United States, the largest and most dynamic economy and country in the world, and you can't answer a simple question with a factual answer? Instead, you have to giggle your way through the interview? Wow, that shows extreme lack of maturity, number one, and extreme lack of leadership ability, number two, and if that's what we have, leading our country and the team they have in the White House, holy smokes."

"If you're all the rest of the countries in the world watching us, what do you think their impression would be? It can't be positive. They've got to look at us and say, 'Well, you've got a bunch of clowns in charge of your country right now. And you guys are going to suffer for it.'"

"And this number this morning is staggering — 5% increase in consumer price index, year over year, in May. This is unbelievable. And it's unsustainable, quite frankly, as well."

He also criticized the Biden administration's handling of the economy as they try to use government to solve problems, rather than empowering the people to solve them.

"This Biden administration is a bunch of high school people who don't have a clue how to manage the economy, how to manage money, how to manage this coming out of this recovery," he said. "I mean, this group in charge right now has created a crisis and is exacerbating it by their actions. They're stagnating economy. They're stalling our recovery ... I don't see anything getting better with this group in charge, because they don't understand that you have to empower people, not government, to solve these problems."

In addition to the stimulus checks disincentivizing people to work, the Democrats' tax plan "is going to exacerbate the situation, this is going to decimate especially small businesses, and it's going to be a disaster," Luetkemeyer said. "Our economy will go into a freefall."

States' "coffers are empty as a result of all the unemployment insurance that they paid out, so they gotta raise taxes," he said. "That's another hidden tax on small businesses. Ask about workman's comp as a result of COVID. Workman's comp rates have gone through the roof as well on certain industries. So these are higher costs that all your small businesses are incurring, depending on what industry they're in. And nobody talks about those. And it's like, you guys not understand how to actually run a business? And the answer to that is, unfortunately, yes. They do not understand how to run a business and yet they are trying to run our country." 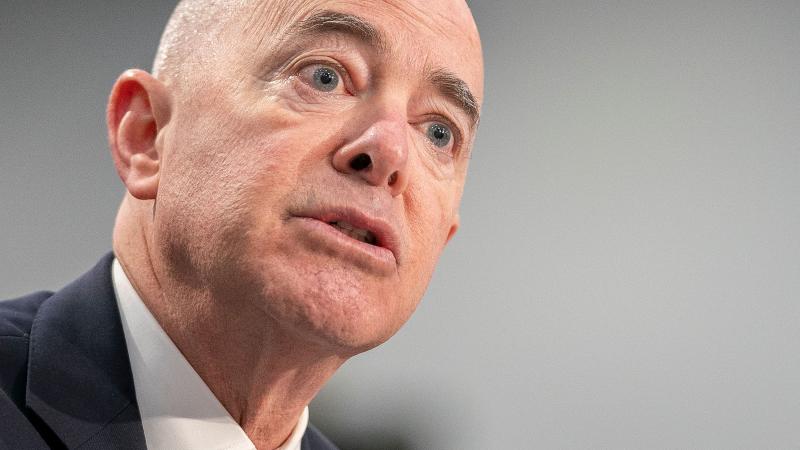 You Vote: Is the Biden administration's Disinformation Governance Board un-American?