The White House told 11 Trump-appointed members of the boards of visitors of the military service academies to resign by 6 p.m. Wednesday or be fired.

Sean Spicer, former White House press secretary during the Trump administration, responded to the White House's demand that he resign or be fired from his position on the Naval Academy's Board of Visitors, saying he will fight the issue in court.

The White House sent letters to 11 Trump-appointed officials on the boards of visitors of the military service academies on Wednesday, telling them to resign or they would be fired by 6 p.m.

Spicer responded to the announcement on his Newsmax TV show, "Spicer & Company," saying, "All Trump appointees, including myself, have been kicked off the boards of the United States Naval Academy, Air Force Academy, and West Point in an unprecedented move by the Biden administration.

"I'm announcing tonight for the first time that I will not be submitting my resignation and I will be joining a lawsuit to fight this."

He explained that when President Biden came into office, he "immediately ordered a stand-down and a review for all of the military academies for some unknown -- still unknown -- reason.

"For almost a year, we've been unable to meet, and then we get this email today. You have to ask, 'Why?'"

Spicer noted that this was a challenging year with COVID-19 and funding issues for the military academies, which had "zero oversight" because "they want to inject liberal ideology like critical race theory into the curriculum, and they want to ensure there's no pushback."

"I will let others evaluate whether they think Kellyanne Conway and Sean Spicer and others were qualified, or not political, to serve on these boards, but the President's qualification requirements are not your party registration, they are whether you're qualified to serve and whether you're aligned with the values of this administration," Psaki added.

Spicer reacted to Psaki's comment regarding him, listing his qualifications for being on the Naval Academy's Board of Visitors, including that he has served in the military for 22 years and graduated from the Naval War College.

He said the military was free from politics and worked in bipartisan fashion "until today. This administration made them political. Not one Obama appointee on these boards was removed when Trump came in. Not a single one. This move has taken partisanship to a new level." 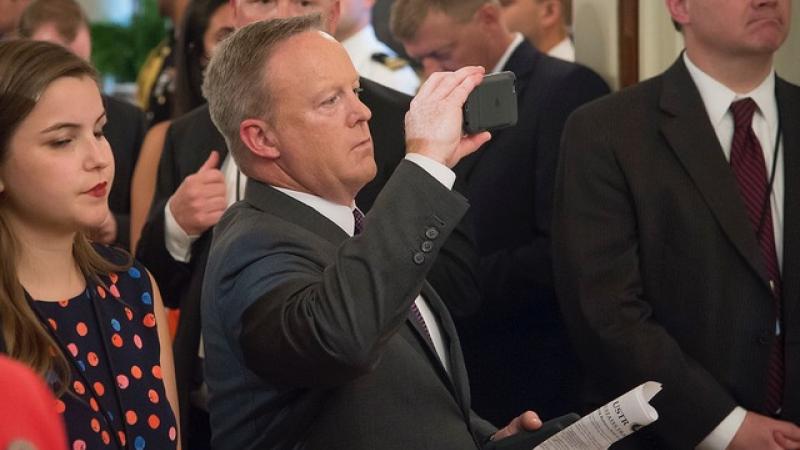