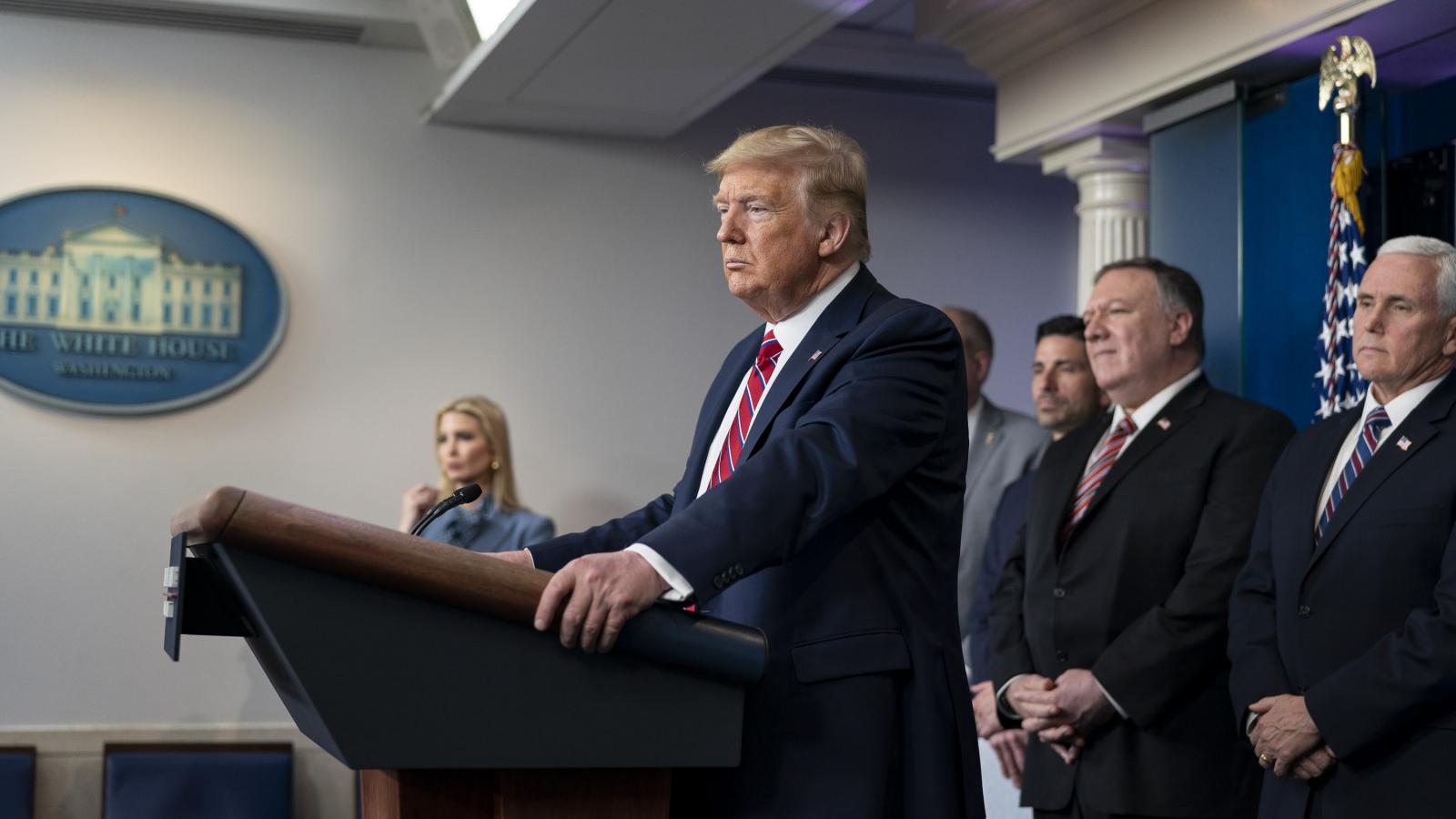 President Trump on Monday laid out a possible timeline for Americans to begin a return to normalcy in the wake of severe disruptions stemming from the coronavirus outbreak.

He said his administration would assess after the end of a 15-day period of nationwide "social distancing" whether to recommend that businesses and other public gatherings can re-open.

"Our country was not built to be shut down," Trump said in the daily White House coronavirus press briefing. "We have it pretty well shut down in order to get rid of this invisible enemy. ... This is a medical problem. We will not let it turn into a long-lasting economic problem."

With stocks dropping, schools closing, businesses shuttering and widespread travel and event cancellations, the United States' economy has nearly ground to a halt, as Americans follow guidelines from the Centers for Disease Control and Prevention to avoid large social gatherings to prevent spreading the virus.

Trump told Americans to "please know that the sacrifice that you’re making at this time is saving lives, many many lives." Trump also called on the country to “protect the Asian-Americas community in the United States and all around the world."

Trump urged Congress to work together to pass a stimulus bill. Congressional Republicans and Democrats have been unable to agree on a nearly $1.8 trillion stimulus package intended to provide relief to families and businesses coping with the national shutdown. Senate Democrats twice have rejected a vote to move forward a stimulus bill negotiated with Treasury Secretary Steven Mnuchin.

During his remarks Monday, Trump announced that due to the coronavirus outbreak, his administration would be delaying the October 1 deadline for implementing the Real-ID Act, which requires Real-ID compliant identification to board commercial flights or enter federal buildings and American nuclear plants.

Late Sunday evening, Trump hinted at his goal of seeking an end to the crisis, Tweeting out "WE CANNOT LET THE CURE BE WORSE THAN THE PROBLEM ITSELF. AT THE END OF THE 15 DAY PERIOD, WE WILL MAKE A DECISION AS TO WHICH WAY WE WANT TO GO!"

New polling released Friday showed Trump’s approval ratings among Americans have risen during the coronavirus crisis, including his handling of the pandemic response and the economy.

Secretary of State Mike Pompeo on Friday slammed "disinformation" campaigns about the "Chinese flu" that falsely claims the coronavirus "emanated from the United States Army." During a previous briefing, the president also praised signs that long-existing drugs chloroquine and hydroxychloroquine – now used for malaria and arthritis – could successfully treat coronavirus. A vaccine for the coronavirus could be more than a year away, health experts say.

There have been 35,345 reported coronavirus cases and 473 deaths in the United States as of Monday morning, according to John Hopkins University data, though some press reports placed the caseload above 40,000 and the death toll above 500.