Biden says he told Obama, 'I'll develop some disease and say I have to resign'

🚨🚨🚨Biden on what he would do if he disagrees with Kamala:"I'll develop some disease and say I have to resign." 🤔 pic.twitter.com/eUhamNMgwp— Kayleigh McEnany (@kayleighmcenany) December 4, 2020

Was he joking? It's hard to tell.

Joe Biden and his running mate Kamala Harris sat down on Thursday for a socially distanced interview with CNN host Jake Tapper.

Biden said working with Harris hasn’t held "any surprise" and told Tapper, "I understand how campaigns can sometimes get a little out of whack a little bit," adding that he doesn't "hold grudges."

Remember, Harris blasted Biden during the debates for the Democratic nomination, recalling his opposition to school busing in the 1970s and opening up about her own history. "There was a little girl in California who was a part of the second class to integrate her public schools and she was bused to school every day," she said. "And that little girl was me."

Harris then confronted Biden, asking, "Do you agree today that you were wrong to oppose busing in America?"

"I did not oppose busing in America," Biden replied during the July debate. "What I opposed is busing ordered by the Department of Education."

Not so, according to New York Times. "In reality, Mr. Biden was a leading opponent of busing in the Senate during the 1970s and 1980s, and his opposition went beyond the federal government's role in the practice."

In the July debate, Harris also called out Biden on the issue of race, saying the way he described his amiable working relationships in the past with two segregationist lawmakers was "hurtful."

So the subject came around in the Tapper interview to how Biden and Harris will get along now that they're "no longer competitors."

"What has been the biggest surprise about working with her?" Tapper asked

"It's a matter of — the thing — we are simpatico on our philosophy of government, and simpatico on how we want to attach — approach these issues that we're facing," Biden replied. "And so I don't have — and when we disagree, it'll be just like it's — so far it's been just like when Barack and I did. It's in private. She'll say I think we should do A, B, C, or D. And I'll say I like A, don't like B and C. And let's go, OK," Biden said.

Biden doesn't smile after the comment, but he looks over to Harris, who also doesn't laugh but shakes her head with a wry smile and pursed lips, as she did in her debate against Vice President Mike Pence.

White House Press Secretary Kayleigh McEnany said Biden's remarks were about what would happen if he had a disagreement with Harris.

🚨🚨🚨Biden on what he would do if he disagrees with Kamala:"I'll develop some disease and say I have to resign." 🤔 pic.twitter.com/eUhamNMgwp— Kayleigh McEnany (@kayleighmcenany) December 4, 2020

But again, it was unclear exactly what he meant. He may have been saying that he would have resigned had he had a fundamental disagreement with President Obama during his tenure as vice president.

Watch for yourself below.

Joe Biden is asked about his disagreements with Kamala Harris on certain issues:"Like I told Barack, if I reach something where there's a fundamental disagreement we have based on a moral principle, I'll develop some disease and say I have to resign." pic.twitter.com/SLcvrwaPCA— Daily Caller (@DailyCaller) December 4, 2020

The confusion led to some conjecture.

"This is why he doesn't do interviews, because he is so incoherent; this is why they kept him in the basement for the majority of the campaign," "Fox Nation" host Lawrence Jones said on Friday.

"By the way, that's such a dishonest thing to do to the American people," Jones went on to say. "Instead of coming out and saying, 'Look, I disagree with the president, and I am resigning because of that,' you want to fake some kind of illness?" 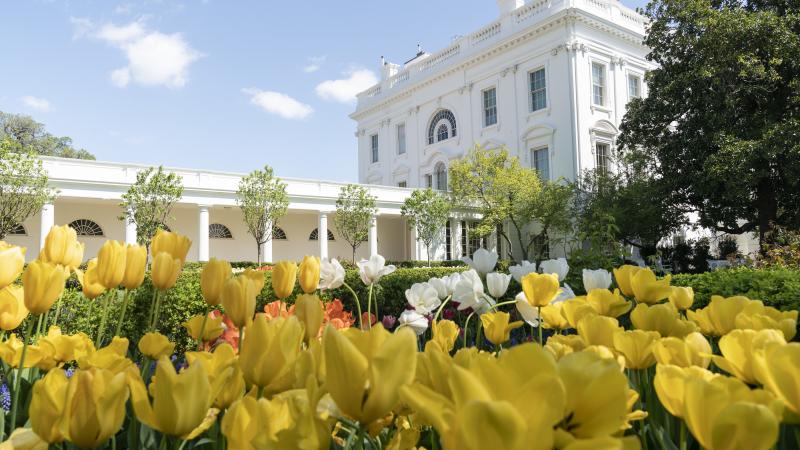