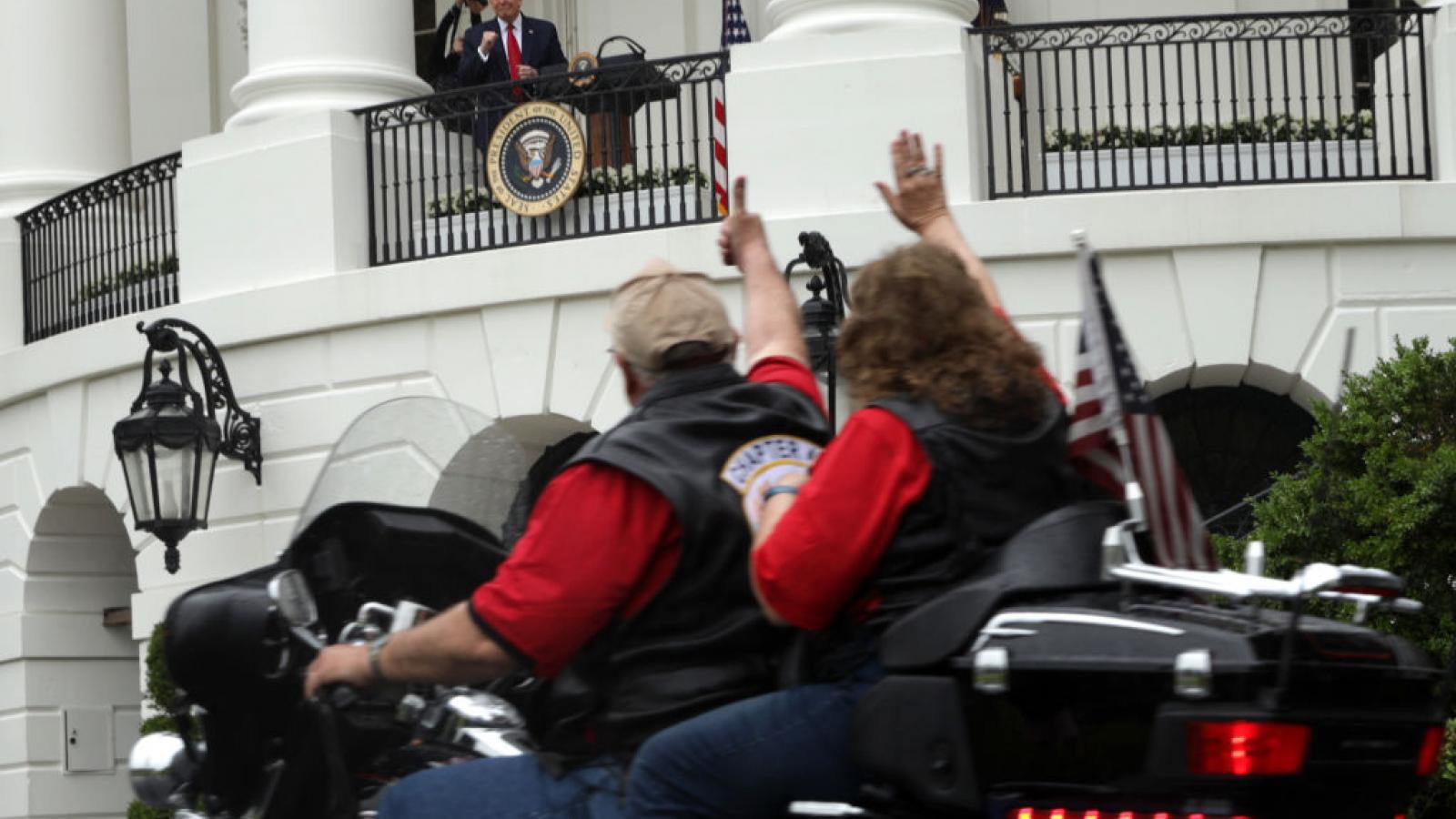 President Trump greeted a line of veterans and veteran advocates on the White House South Lawn on Friday, touting his administration's efforts to support service members while being treated to a loud, rolling parade of what the president called "those beautiful bikes."

Trump posted a video of part of the event to Twitter on Friday evening. "THANK YOU!" he declared in the post.

During his speech to the crowd, Trump talked up his administration's approach to veteran care during the coronavirus pandemic.

"When the invisible enemy struck our country, my administration quickly secured VA medical facilities.  We’re keeping the sacred covenant.  We’re protecting those who sacrificed so much to protect us," he said.

"I just want to say you’ve been tremendous supporters of mine," he said later, remarking on his longstanding support from motorcycle enthusiasts. "The bikers — I call them 'the bikers.'  They’re bikers — for whatever reason, you liked me from the beginning and I liked you from the beginning."

The event was part of American Veterans' annual motorcycle demonstration. The group said this year it will be inviting riders to take part virtually in the "Rolling to Remember Challenge," an event that will use use an app to track participation nationwide.

Riders are asked to bike 22 miles in honor of what it said was the 22 American veterans who die by suicide every day.