“I suspect that, at best, the Pentagon’s budgets will start flattening out," the nation's top-ranking military officer said. 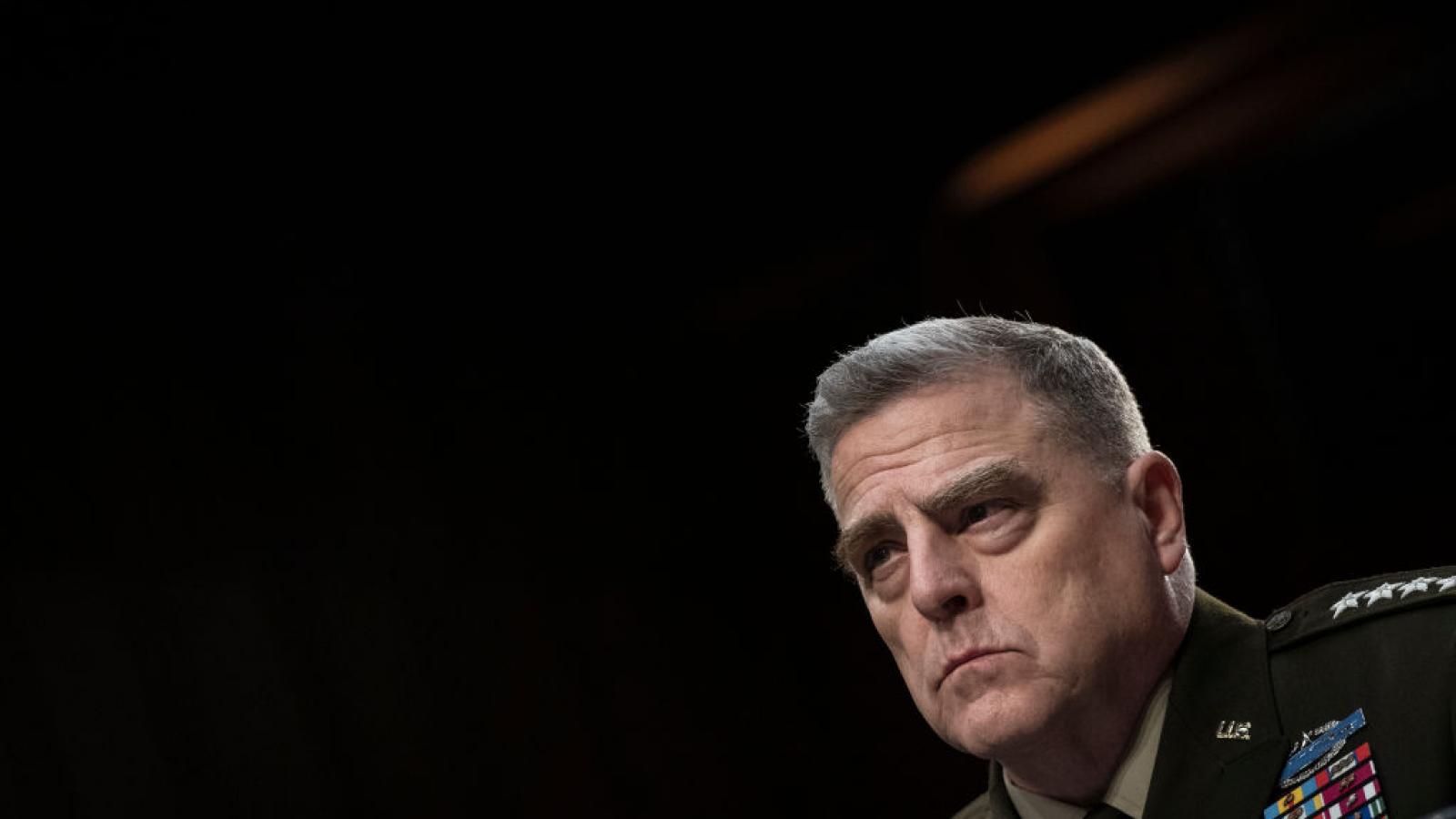 Chairman of the Joint Chiefs of Staff Gen. Mark Milley anticipates that Pentagon budgets will begin flattening or even decreasing.

“I suspect that, at best, the Pentagon’s budgets will start flattening out," the nation's top-ranking military officer remarked during an event hosted by the Brookings Institution, according to Defense News. "There’s a reasonable prospect that they could actually decline significantly, depending on what happens” regarding the greater economy, he said, according to the outlet.

“In an ideal world, I believe that we would need 3 percent to 5 percent sustained level of real growth in order to continue the modernization programs and readiness programs, and so on, that we have,” he said. “But that’s also not necessarily going to happen, and I don’t anticipate that it will happen. So we have to — we the uniforms, we here at the Pentagon, civilian and military alike — we’ve got to do a quick reality check on the national budget and what is likely to happen in the not too distant future.”

Milley noted that the U.S. currently spends significant sums of money on issues outside of the country such as military bases and deployments.

“Hard looks, real hard looks at everything that we do, I think is warranted. And I have no problem in leading us through that to the extent that we can,” he said.

Milley noted that the country has been contending with the coronavirus pandemic and facing significant economic troubles. He said that the public health crisis must be handled so that the economy can revive, and when that occurs, more money can be spent on the nation's military.

“Your military is dependent upon a national economy. And we have had a significant pandemic," he said. "We’ve had a downturn and an economic situation nationally for almost going on a year now. We’ve got significant unemployment and so on and so forth. So the most important part that you need to do is take care of the COVID piece, get that behind us and breathe new life into the economy. Once you do that, then you can put additional monies into the military.”