Sirhan's parole still has to be reviewed by the California Parole Board's staff and sent to the governor.

Sirhan Sirhan, Robert F. Kennedy's assassin, was recommended for parole on his 16th attempt Friday, with the support of two of Kennedy's sons.

Prosecutors declined to appear before the parole board to argue that Sirhan, who is 77 years old, should remain in prison, the Associated Press reported.

The parole decision by a two-person panel will be reviewed by the California Parole Board's staff over the next 90 days before being sent to the governor, who will have 30 days to determine whether it should be granted, reversed, or modified.

Kennedy's son, Douglas Kennedy, who was a toddler at the time of his father's assassination in 1968, said that Sirhan's remorse brought him to tears and that he should be released if he poses no threat to anyone.

"I'm overwhelmed just by being able to view Mr. Sirhan face to face," Kennedy said. "I think I've lived my life both in fear of him and his name in one way or another. And I am grateful today to see him as a human being worthy of compassion and love."

Both Robert F. Kennedy Jr. and Paul Schrade, who was wounded in the shooting of Kennedy, were in favor of Sirhan's release.

RFK, the brother of President John F. Kennedy and also a New York senator and Democratic presidential candidate, was killed at the Los Angeles Ambassador Hotel on June 6, 1968, just after he had delivered his victory speech following the California primary.

Sirhan, who was 24 years old at the time of the shooting, has previously claimed that he doesn't remember killing Kennedy, just what happened before the assassination and afterwards, when he couldn't breathe from being choked while he was taken into custody, according to the AP.

Angela Berry, Sirhan's defense attorney, made the argument that the parole board's decision should be based on the person Sirhan is in the present, not what happened in the past, which the previous parole denials had been based on. She said he poses no threat and has an exemplary prison record.

"We can't change the past, but he was not sentenced to life without the possibility of parole," Berry told the AP. "To justify denying it based on the gravity of the crime and the fact that it disenfranchised millions of Americans is ignoring the rehabilitation that has occurred and that rehabilitation is a more relevant indicator of whether or not a person is still a risk to society."

At his 2016 parole hearing, Sirhan said that he couldn't take responsibility for the assassination, but felt remorse for any victim of crime. He also said at the time that if he was released, he wanted to either be deported to Jordan or live in Pasadena, Calif., with his brother, the AP reported.

Sirhan is a Christian Palestinian from Jordan and has said that he was angry at Kennedy's support for Israel.

A policy under Los Angeles County District Attorney George Gascon was the reason prosecutors declined to oppose Sirhan's release. Gascon, a former police officer, said that while he mourned the assassination of RFK and idolized the Kennedys, his belief is that the role of a prosecutor ends with sentencing and should not extend to decisions on releasing prisoners, according to the AP.

Originally, after his conviction, Sirhan was sentenced to death, but it was commuted to life in prison during a brief ban on capital punishment by the California Supreme Court in 1972. During Sirhan's 2016 parole hearing, following three hours of testimony, commissioners decided that Sirhan did not understand the gravity of his crime or show adequate remorse. 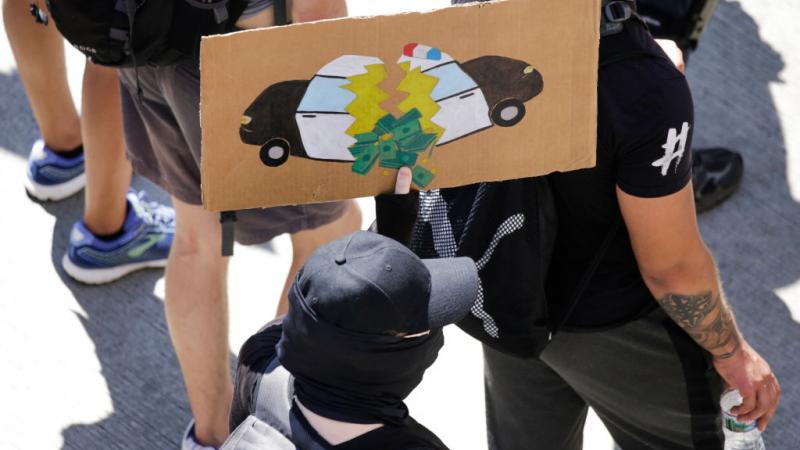