The authors of the study cautioned against relying too heavily on the results of the research, noting that there were certain limitations.

A study that examined the psychological condition of mass shooters in the U.S. found that a large proportion had untreated, unmedicated psychiatric issues.

"Without losing sight of the larger perspective that most who are violent are not mentally ill, and most of the mentally ill are not violent, our message is that mental health providers, lawyers, and the public should be made aware that some unmedicated patients do pose an increased risk of violence," according to the study in the Journal of Clinical Psychopharmacology.

The report — which examined 35 mass shooters who survived and had legal proceedings instituted — determined that a significant number could be said to have a psychiatric diagnosis.

"For each of these 35 mass shootings, we interviewed forensic psychiatrists and/or forensic psychologists who examined the perpetrator after the crime and/or collected the testimony and reports by psychiatrist(s) at trial or in the postconviction proceedings contained in the court record. In addition, we reviewed available information from the court proceedings, public records, videotape interview of assailant by law enforcement, social media postings of the assailant, and writings of the assailant," the study says.

It notes that "the primary sources used to complete our questionnaire for each of the 35 surviving-assailant domestic mass shooters were as follows: interviews with forensic psychiatrists who had assessed the assailant after the crime (4 cases), information from psychiatric evaluations, all but one of which were conducted during the postcrime judicial proceedings (22 cases), and information from informants, who observed the assailants before or during the crime, plus media reports of the assailants' medical history, background, and behavior (9 cases)."

"Based on this data, 32 of the 35 perpetrators had signs and symptoms of brain illness, which fit scientific diagnostic criteria for a clinical psychiatric disorder," according to Dr. Ira Glick.

The study also considered another 20 mass shooters who died at the scene of the crime.

"Somewhat parenthetically, of the 20 cases in which the assailant died and were based on media reports (vs interviewing forensic psychiatrists and reviewing court records), in 5 cases, there was not enough information to make a diagnosis. Of the remaining 15 cases, 8 (53%) had schizophrenia. In the other 7, there was 'mention' of psychosis in some, but there was insufficient clinical information to make a psychiatric diagnosis," the report noted.

None of those 20 deceased shooters had a history of getting medicated.

"Of the 18 surviving-assailant cases with schizophrenia, and the 10 having other psychiatric diagnoses, none were medicated or received other treatment before the crime," the study said.

The authors of the study cautioned against relying too heavily on the results of the research, noting that there were certain limitations.

"The limitations of our research include that the study was naturalistic, observational, and retrospective with a limited sample size of 35 and without a control group. We also do not know that an age- and sex-controlled group incarcerated for violent crime also might have had a high percentage of untreated psychiatric illness. Moreover, none of our interviewing psychiatrists were able to directly interview the mass shooters studied," the study noted. "Given these limitations, we caution against overreliance on the findings of our study. Nonetheless, our data suggest that persons who commit domestic mass murders may experience compromising and untreated psychiatric illness." 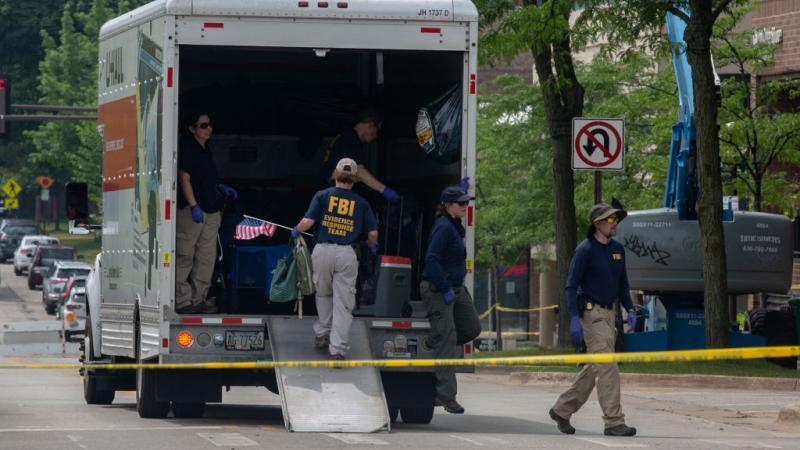