Washington, D.C. police have announced road restrictions, and warned against carrying weapons at the Jan. 6 protest. 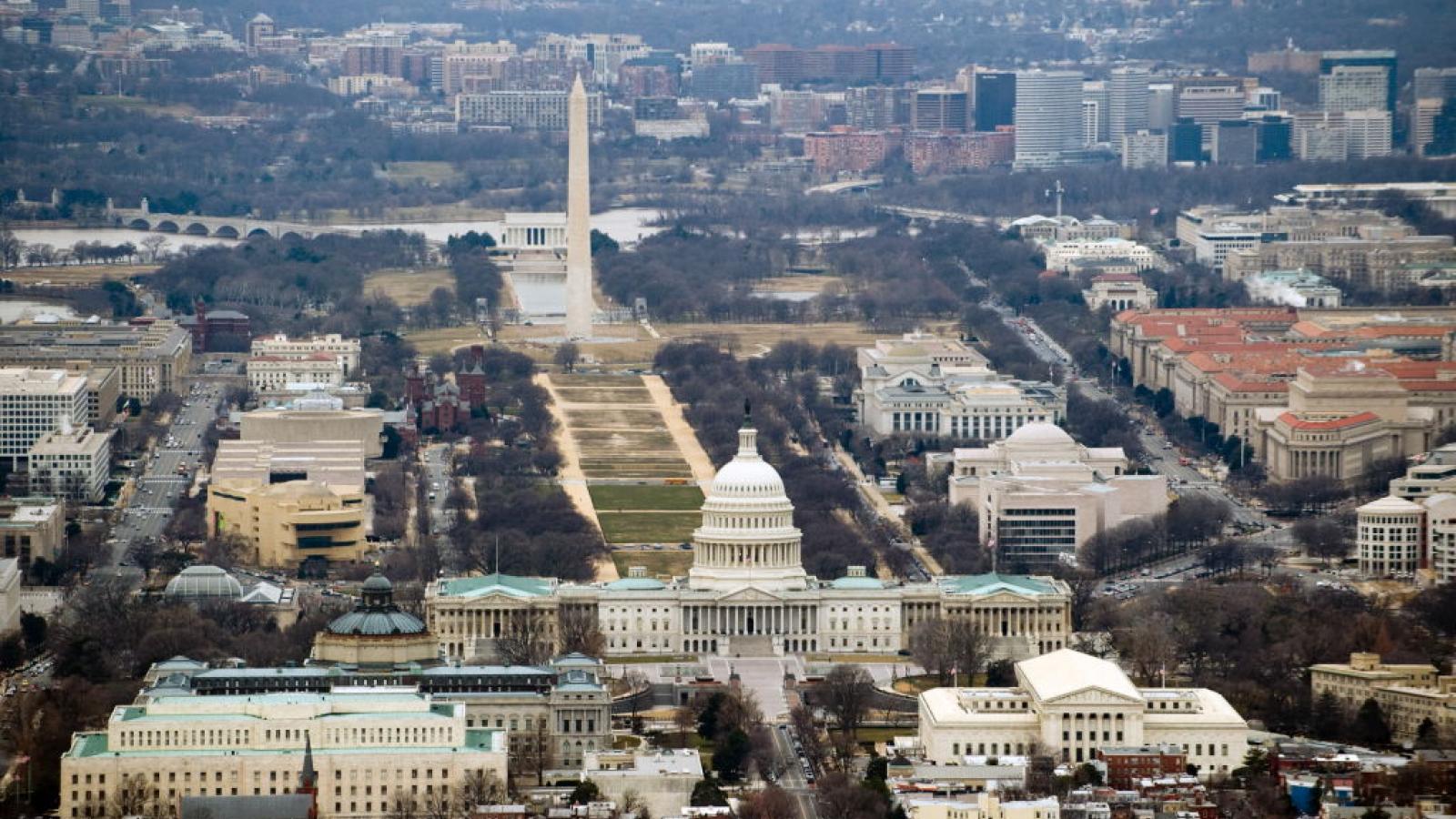 Citing privacy concerns mixed with fear, hotel managers in Washington, D.C. declined on Sunday to discuss room bookings that coincide with the upcoming electoral vote count and planned protests, both of which are set to occur Wednesday.

"I have nothing to say about any of this," said the afternoon manager at a downtown Hilton hotel that is sold out for Jan. 5, the night before the protest. "We don't screen our guests for why they stay with us, and we don't invite trouble by talking about it to the press."

This manager and others declined to identify themselves or their hotels, for fear of drawing attention from confrontational protesters or counter-protesters.

"We don't want anyone getting hurt, and we don't want to invite vandalism," one assistant manager said.

In recent weeks, people who believe that the 2020 elections fraudulently resulted in a win for Joe Biden have posted to online chat groups their plans to convene Jan. 6 for a rally in the nation's capital. The rally is timed to coincide with a meeting of Congress to count and certify votes from the Electoral College.

Some rally-goers have posted updates on their travels. Others have written that hotels in Washington, D.C. are completely sold out.

"The hotels have already filled up with MAGA folks," a user with the handle "Anon 10111017" posted two weeks ago on TheDonald chat board.

"Sleep in your car or a van," wrote "PhDs_to_MAGA2" in the same thread.

As of Sunday afternoon, Just the News found a mix of sold out and available properties.

The Courtyard Marriott at 901 L Street is full on Jan. 5, but has rooms available on Jan. 6, with listings at $322 for one night. The hotel also is full on Jan. 19 and 20, the dates surrounding the presidential inauguration. The Westin Georgetown at 2350 M Street listed rooms available at $234 per night for Jan. 5 and 6, and open rooms at $699 per night on Jan. 19 and 20. The Holiday Inn chain showed hotels both full and open in and around the capital, with some rates starting at $71 per night.

"Don't read too much into the sold out hotels," a Holiday Inn manager said. "Places sell out for a lot of reasons, including weddings or trade shows. It doesn't mean the hotel will be filled with protesters on one side or the other."

The managers, nevertheless, stood firm on not wanting to speak on the record nor name their individual hotels. "We've seen the broken glass," the Hilton manager said, referencing previous protests that turned violent.

"Members of the public are reminded that DC CODE: § 7-2509.07 expressly prohibits anyone from carrying a firearm within 1,000 feet of any First Amendment activity, to include members of the public who have been issued a Concealed Carry Permit in the District of Columbia," officials wrote in a Dec. 31 release.

"From Tuesday, January 5, 2021 through Thursday, January 7, 2021, multiple First Amendment demonstrations are expected to occur in the District of Columbia," officials wrote. "In conjunction with these demonstrations, there will be parking restrictions and potential street closures that motorists should take into consideration."

Officials listed the pertinent roads, and warned drivers that the streets could be filled with pedestrians.