The civil rights leader, one of the most prominent voices on the political left, has a controversial record when it comes to anti-Semitism.

Rev. Al Sharpton has been one of the most outspoken — and high-profile — critics of Donald Trump's recent dinner with two men who denounce Jews and promote anti-Semitic conspiracy theories, using his platform on MSNBC to lambaste Trump and other Republicans for allegedly tolerating anti-Semitism despite being widely accused of anti-Semitism himself.

Trump stirred controversy two weeks ago when he hosted Ye, the rapper formerly known as Kanye West who's made a torrent of anti-Semitic remarks in recent weeks, and Nick Fuentes, an outspoken anti-Semite and Holocaust denier, at his Mar-a-Lago home in Florida.

Weeks before the gathering, Sharpton had blasted Ye for his anti-Semitic comments, saying they're "intentional" and companies have the right to cut ties with the rapper.

The dinner triggered an avalanche of criticism from Democrats, journalists, activist groups, and Republican leaders. Trump has since said he didn't know anything about Fuentes, whom Ye brought along with him, when they dined together.

A week earlier, Sharpton made an identical argument on MSNBC, where he hosts a show and is a frequent commentator on other network programs. "[Trump] knew who he was meeting with," he claimed. "He knew the background, and now he's trying to, in many ways, do the Michael Jackson moonwalk when it does not apply."

"Isn't it interesting that you got two or three finally Republicans coming out to condemn Trump for a meeting, but DeSantis hasn't said anything?" Sharpton told the Root. "And he's the governor of the state. So, you got to really wonder if DeSantis is an alternative to Trump, or just a junior version ... [DeSantis] should have said in my state, we don't want anti-Semites."

Sharpton expressed similar sentiments earlier Monday on MSNBC's "Morning Joe" television show, calling out DeSantis for not "standing up to a man who in his state has dinner with an anti-Semite and a Holocaust denier."

Beyond DeSantis, Sharpton has also used Trump's dinner as a way to apparently paint Republicans more broadly as bigoted.

"As a preacher, I can tell you that if you just preach to the choir, if you turn around and there's no one in the audience or in the congregation, you and the choir become irrelevant," Sharpton said on "Morning Joe" last week. "And I think that that is what [Donald Trump and the Republican Party] are doing. They've emptied out the church, so to speak, because people that really do not want to go that far and be perceived [as] or in fact be bigots, biased, anti-Semites, racists are not going to continue to allow them to preach to the choir that they think extols this."

The reverend-turned-kingmaker for Democrat presidential candidates added that people who can live with being perceived as bigoted and anti-Semitic "must deep down inside have some of that bias and bigotry in yourself."

Sharpton's comments appear to belie a controversial history of making anti-Semitic comments himself as well as fanning the flames of anti-Semitism during violent anti-Jewish riots decades ago.

In the summer of 1991, Leonard Jeffries, a professor at New York's City College, told an audience that "everyone knows rich Jews helped finance the slave trade" and that Russian Jews controlled "the movies, and their financial partners, the Mafia" in order to put together "a financial system of destruction of black people."

As Jeffries drew controversy for his anti-Semitic remarks, Sharpton came to his defense, saying, "If the Jews want to get it on, tell them to pin their yarmulkes back and come over to my house."

Sharpton led marches in the streets calling for "justice" for Cato's death, with many protesters shouting antisemitic chants. When the dust settled from the Crown Heights riots, 152 cops and 38 civilians were hurt.

At Cato's funeral, Sharpton didn't mention Rosenbaum, instead accusing Jewish residents of the neighborhood of practicing "apartheid" and using the diamond trade to wield power.

"All we want to say is what Jesus said: If you offend one of these little ones, you got to pay for it," said Sharpton. "No compromise, no meetings, no kaffe klatsch, no skinnin' and grinnin'. Pay for your deeds."

A banner held by one attendee at the funeral reportedly read, "Hitler did not do the job."

"Based on everything we have seen and read, Sharpton never called upon the rioters to stop their anti-Semitism-inspired violence," wrote Yankel Rosenbaum's brother Norman in the New York Daily News 20 years later. "He never called on the rioters to go home. To the contrary, he stirred them up."

A month after the riots, Sharpton flew to Israel to serve the man who fatally struck Cato a $100 million wrongful-death suit brought by Cato's parents. At Ben Gurion Airport in Israel, people recognized Sharpton and told him to "go to hell."

Sharpton reportedly replied, "I am in hell already; I am in Israel."

Despite Sharpton's latest comments about Trump, the former president was famously friendly to the Jewish state while serving in the White House. He became the first president to recognize Jerusalem as the capital of Israel and moved the U.S. embassy there from Tel Aviv. He also recognized Israel's sovereignty over the Golan Heights, a strategic region on Israel's northern border previously controlled by Syria, and helped broker historic peace deals between Israel and four Arab states known collectively as the Abraham Accords.

As for Sharpton, 1991 wasn't his only experience leading crowds that targeted Jews.

In 1995, Fred Harari, a Jewish shop owner in Harlem who operated Freddie's Fashion Mart, was forced by the property owner to raise the rent on a subtenant, a black-owned record store. Sharpton responded by agitating and leading protests against Harari.

"We will not stand by and allow them to move this brother so that some white interloper can expand his business," Sharpton said at the time.

A few months later, a gunman who had participated in the protests barged into the store, opened fire, and set it ablaze, killing eight people including himself.

Five years later, Joe Scarborough, then a congressman and now the host of "Morning Joe," sponsored a resolution condemning Sharpton's "vicious verbal anti-Semitic attacks directed at members of the Jewish faith" and his "fierce demagoguery [that] incited violence, riots, and murder in the Crown Heights section of Brooklyn, New York."

The resolution also stated that Sharpton has referred to Jewish people as "bloodsucking Jews," "Jew bastards," "white interlopers," and "diamond merchants" and that he "insulted members of the Jewish faith by challenging Jews to violence and stating to Jews to 'pin down' their yarmulkes."

Sharpton has been reluctant to apologize for alleged anti-Semitism.

A decade later, Sharpton penned an op-ed for the New York Daily News in which he acknowledged making "mistakes" in his conduct during the Crown Heights riots.

"Our language and tone sometimes exacerbated tensions and played to the extremists rather than raising the issue of the value of this young man whom we were so concerned about," he wrote.

However, Sharpton also claimed "extremist Jews" manipulated his comments at the time, concluding: "It is not enough to be right. We had our marches, and they were all peaceful."

Given Sharpton's controversial history, his comments alleging Trump would have known who Fuentes was due to Secret Service screening may have unintentionally also been a shot at Biden, who in September met privately with Sharpton at the White House. At their meeting, Biden reportedly told Sharpton that he would seek a second term as president.

Just the News reached out to the National Action Network, where Sharpton is the founder and president, seeking comment from the reverend. 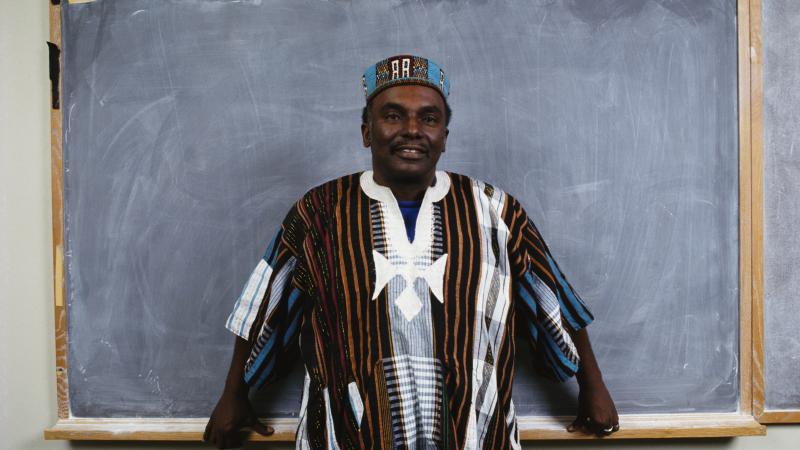