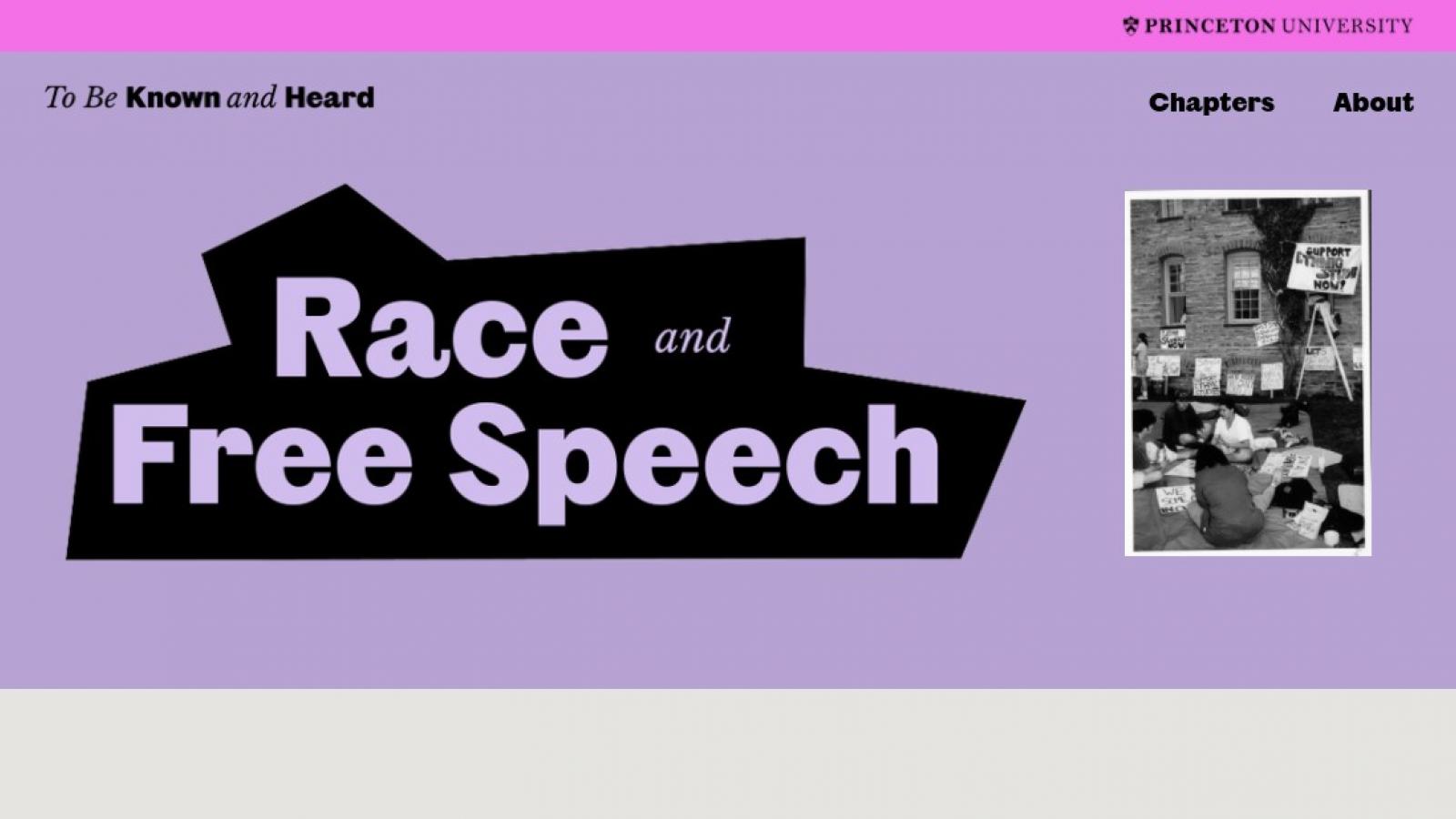 Princeton University is allegedly teaching freshmen that a current faculty member is racist for criticizing a defunct black student organization. What's not clear is how many freshmen are paying attention to the lesson.

The Ivy League school included classics professor Joshua Katz in a "virtual gallery" about its history of systemic racism that was featured in a 50-minute orientation video for the class of 2025.

The "Race and Free Speech" section that mentions him was not addressed in the video, however, according to a review by Just the News.

Katz wrote a Quillette essay last year criticizing an open letter signed by more than 200 faculty, which demanded Princeton set up a committee with authority to investigate and punish "racist behaviors, incidents, research, and publication[s]" by professors.

His colleagues also demanded the administration "formally" apologize to the Black Justice League (BJL) for not recognizing its anti-racist work, including its successful campaign to remove Woodrow Wilson's name from the public affairs school. Katz called the defunct student group a "local terrorist organization."

The essay drew outrage from Katz's department and President Christopher Eisgruber, who threatened to investigate him for not using his speech "responsibly." Katz refused to apologize for the essay or calling BJL "terrorist."

The result has been "targeted efforts to undermine or ruin his career," free speech lawyer Samantha Harris, formerly of the Foundation for Individual Rights in Education, told Just the News.

She said she's been counseling her former professor on the fallout from his essay but declined to specify what forward-looking legal action they're considering. Princeton freshmen were "instructed to read a page" from the systemic racism website, meaning at least some have seen his section, Harris said.

The Daily Princetonian confirmed Monday that freshmen had actually completed the "orientation training module" centered around the virtual gallery, but its creators said they weren't sure if the gallery would be used in future orientations.

One of the "residential college advisors" who led freshmen in discussion of the gallery told the newspaper the gallery was too focused on "historical wrongdoings" and should cover "ongoing stuff."

A different lawyer is representing Katz in a breach-of-contract lawsuit against the American Council of Learned Societies, a federation of scholarly organizations, for revoking his unpaid delegate role to a prestigious conference following the Quillette essay.

Katz claims the action harmed his professional and financial interests. The court docket shows no major action since June, when the judge approved his request to file a second reply to the federation's motion to dismiss.

The professor didn't respond to more than a week of interview requests but finally broke his silence Friday in religion journal First Things, connecting his recent religious conversion to the belated revelation of his affair with a student early in his Princeton career.

His Quillette essay spurred The Daily Princetonian to investigate Katz's unexplained absence in the 2018-2019 academic year. Reporters published a hit piece in February based on "hearsay, innuendo, and hostile anonymous sources," he wrote, prompting Katz to acknowledge his yearlong suspension after a third party reported his affair more than 10 years later.

Princeton's virtual gallery, "To Be Known and Heard," was commissioned by the Carl A. Fields Center for Equality and Cultural Understanding and campus engagement office and designed by an advisory committee of faculty, administrators and students.

The "Race and Free Speech" section explores Princeton's history of grappling with "what crosses the 'line' between free speech and freedom of expression, and racist statements and actions." But it surreptitiously edited the quote that got Katz in trouble.

He had written: "The Black Justice League, which was active on campus from 2014 until 2016, was a small local terrorist organization that made life miserable for the many (including the many black students) who did not agree with its members' demands." Only the parenthetical is missing from Princeton's rendering.

The section includes quotes from black professors denouncing Katz for "race-baiting, disguised as free speech" and seemingly not regarding them as "essential features" of Princeton.

But it left out the classics department's removal of its statement condemning Katz and Eisgruber walking back the threat to investigate him, leading Katz to crow about surviving "cancellation" in a Wall Street Journal op-ed.

It's not clear whether Katz's inclusion in the website was known outside Princeton until late August, when conservative writer Rod Dreher said "the university uses him as an example of racism" on a site directed to freshmen.

Dreher called Peralta and other faculty "the tormentors of Joshua Katz, and the radical ideologues valorized by Princeton University's leadership." Princeton professors John Londregan and Sergiu Klainerman followed up with a New York Post op-ed criticizing the orientation video and its selective presentation of Katz.

Notably, none of the speakers at the January launch event directly mentions Katz or points to the "Race and Free Speech" section. Klainerman told Just the News that Peralta alluded to Katz in answering an audience question about how professors can help student activists.

Peralta said he wanted faculty to use their privilege of free speech, but not in the "masculinized bravado sense" of the term used by "colleagues with whom I've had disagreements over the years." According to Klainerman, "everybody understood" this referred to Katz.

"I envision a free speech and an intellectual discourse that is flexed to one specific aim," Peralta continued, which is "the promotion of social justice, and an anti-racist social justice at that."

Faculty should give students "the tools by which they can tear down this place, and make it a better one," Peralta added, referring to Princeton.