The action raised immediate suspicion that Twitter was trying to protect Kendi from bad publicity because CEO Jack Dorsey had donated $10 million to Kendi's Center for Antiracist Research at Boston University shortly after it was founded last year.

The University of Wisconsin Milwaukee hosted the author of "How to Be an Antiracist" at a Tuesday event open to the public, sponsored by the diversity and student affairs divisions and student involvement office.

The two videos were posted by Mythicist Milwaukee, a secularist intellectual diversity nonprofit also known as Mythinformed, which is allied with the anti-woke provocateur James Lindsay. Director Brian Koester told Just the News that he and President Sean Fracek attended Tuesday's event, which drew about 400 people, and they each asked a question.

The nonprofit has posted many clips from Kendi's public speaking, and this was the first removal, according to Koester. "At least a third of those are him speaking in a university setting," he said. He believes human review, not an algorithm, was responsible for removal because the tweets were up for five to six hours.

Kendi denied vaccine hesitancy was responsible for low vaccination rates among blacks and Latinos, which lag behind those for whites and Asians. He claimed "white Americans are most likely to be resistant to getting the vaccine," which is "more or less the result of their political ideology."

Michael Ulrich, a research affiliate of Kendi's center, made a similar argument this spring when COVID vaccines were first made available to the public.

"There are plenty of people in plenty of areas that want the vaccine that are having a hard time getting it," the health law professor told BU Today. "Are they going to be shut out of these places? [They're] more likely to be low-income, lack transportation, and more likely to be racial and ethnic minorities."

Ulrich didn't answer a query about whether his view has changed since vaccines became widely available in recent months yet vaccination rates have lagged among non-Asian minorities.

He said antiracism doesn't teach that any particular racial group is "inherently evil and racist," so it doesn't violate any bans stated as such. But Kendi implied that antiracism curriculum would, and should, violate laws that ban students from "feel[ing] bad because of their race," because nonwhite students have felt that way under "old education."

Mythicist Milwaukee's tweets cited Kendi's claim about inaccessible vaccines and claimed he "misrepresented" CRT, and linked each video. Twitter locked the nonprofit out of its account and ordered it to delete the tweets to get back in, according to screenshots by The Post Millennial.

An "audience behavior guidelines" venue sign does not mention a recording ban, but Michelle Johnson, the university's senior director of integrated marketing and communications, told Just the News that Kendi's contract banned recording.

"An announcement about that was made from the stage at the beginning of the event, letting the audience know that no pictures, video, or recording were allowed," she said, while emphasizing the university didn't know about the recordings before Just the News asked.

Informed of this, Koester said they didn't hear an announcement. "There were other people recording," including in front of them.

Kendi's center didn't answer whether any of its staff reported the tweets.

While Twitter removed the tweets, the nonprofit's account remains visible to users, and both videos remain live on its YouTube page. Koester said they show Kendi occasionally moving out of frame because he and Fracek were trying to avoid capturing other audience members and being falsely accused of doxxing, which is cited in Twitter's "private media" ban.

The notice they received simply linked to "The Twitter Rules," none of which appears to apply to speakers at public events. Twitter has ignored multiple requests from Just the News since Wednesday night to explain the lockout and its basis.

The racial disparity in the impact of vaccine mandates is responsible for fresh protests in New York City, which started requiring proof of vaccination to enter public accommodations last week.

Black Lives Matter of Greater New York, which is independent of the Black Lives Matter global network, staged a "shutdown" Monday outside Carmine's restaurant in response to a disputed incident involving proof of vaccination and an alleged racial slur.

"You shouldn't exclude people from everyday activities because they choose not to engage in something they have every reason to doubt," cofounder Hank Newsome told a videographer. "The governments' story on the vaccines have changed every one to two months since Donald Trump."

Newsome told the Washington Examiner that Mayor Bill de Blasio "does not care for our community" and was "not invested in making black people feel safe about the vaccine."

Contrary to de Blasio's promise, restaurants are "calling the cops and issuing citations for trespassing" for refusal to show vaccine proof, Newsome said. "Here we have another reason to exclude black people from public places" and sic cops on them.

The group's Twitter account didn't respond to a direct message from Just the News asking why they believe the BLM movement has not previously challenged vaccine mandates as having a disparate impact on black people. 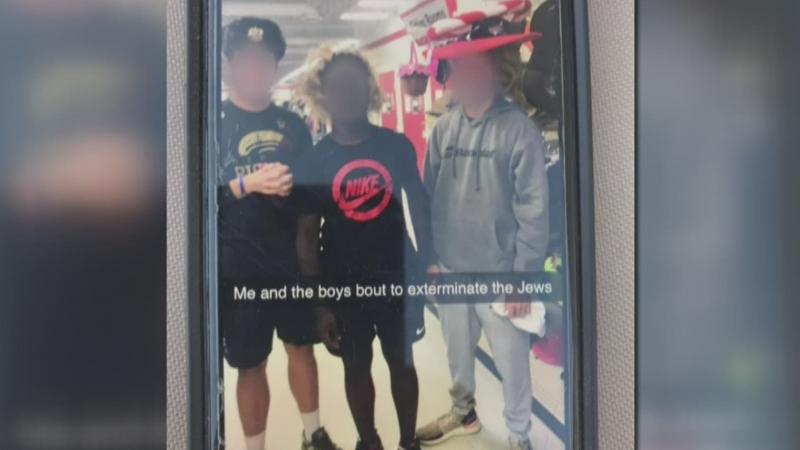