Lawyer for LGBTQ students blasts government for "aligning itself with anti-LGBTQ hate" in response to their lawsuit.

The Biden administration's Justice Department surprised some of its allies in LGBTQ advocacy by arguing that the government's interests "coincide" with Christian colleges who seek to protect their religious exemptions from Title IX in federal law.

More than 30 LGBTQ students and alumni of Christian colleges — and some denied admission or expelled — filed a class-action suit against the government in March to deny federal funding to these schools.

They want to end its "complicity in the abuses and unsafe conditions" endured by sexual minorities because of their colleges' faith-based policies on gender and sexuality. (Plaintiffs filed an amended complaint with more names Monday.)

Three Christian colleges and the Council for Christian Colleges and Universities (CCCU) sought to intervene in the suit, arguing the Biden administration would not "vigorously" represent their interests because of its statements and policies against LGBTQ discrimination.

The Justice Department opposed the intervention in a filing Tuesday, noting it has still not set forth its "legal position in this case." It also pointed to the amended complaint filed the day before.

The proposed intervenors have "failed to show how their interests diverge" from the government's or how the Justice Department would "inadequately defend the religious exemption," the filing says.

Its "ultimate objective" is defending Title IX's exemption for religious schools and the Department of Education's application of the exemption. The Biden administration's statements on protecting LGBTQ people from discrimination do not "expressly" mention the Title IX exemption, the filing says.

It is obligated to defend federal statutes in court regardless of the Department of Education's ongoing Title IX review, which includes public comment hearings this week. The colleges and trade association "can only speculate" the feds will "back away from a full defense" of the law and its implementation.

It's not enough for them to claim the government would "choose to emphasize different legal arguments" than they would if granted intervention in the litigation, the filing says. Nothing is stopping them from filing friend-of-the-court briefs.

The court should use its discretion to deny intervention because it could have "adverse effects" by increasing the number of filings and potentially "making settlement more complicated."

The filing shows the government is "aligning itself with anti-LGBTQ hate in order to vigorously defend an exemption that everyone knows causes severe harm to LGBTQ students using taxpayer money," plaintiffs' lawyer Paul Carlos Southwick told The Washington Post.

CCCU President Shirley Hoogstra told the Post she appreciated the government's pledge to defend the law but still wants a representative to defend the interests of Christian colleges. 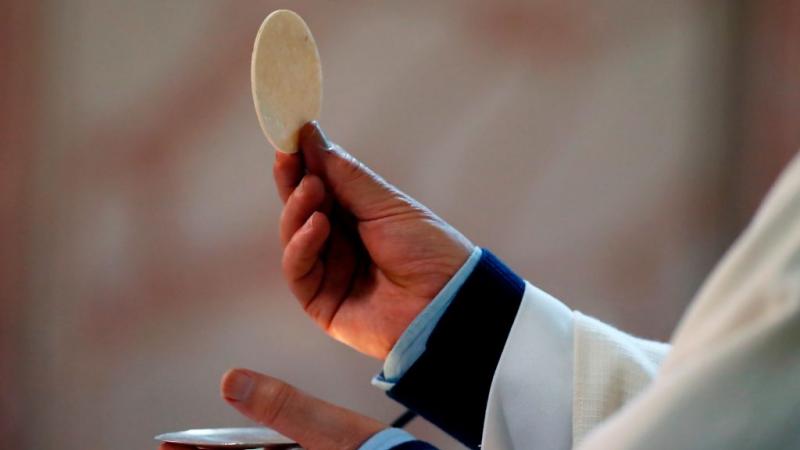