Judge had asked university if it would also force Jewish professor to address student as "My Fuhrer."

A public university violated a professor's constitutional rights by punishing him for refusing to use a transgender student's preferred pronouns, the 6th U.S. Circuit Court of Appeals ruled Friday.

In a unanimous opinion written by Judge Amul Thapar, a Supreme Court short-lister for former President Trump, the court compared the Ohio university's behavior to a "McCarthy era" law against "subversive" government employees.

Philosophy professor Nicholas Meriwether, a "devout Christian," sought an accommodation under which he would not have to address the student as a woman in classroom discussions, which often touched on gender identity as a cultural controversy.

Shawnee State University officials belatedly ordered Meriwether to stop addressing the student only by name and instead use female pronouns. They also shot down his offer to tell students in the syllabus that he was being forced to use preferred pronouns.

Provost Jeffrey Bauer "openly laughed" when Meriwether's union representative explained why his religious beliefs forbade him from using the student's preferred pronouns, the professor claimed. Bauer twice rejected the faculty grievance on Meriwether's behalf — first as provost and then as interim president of the university.

Oral argument didn't go well for Shawnee State last fall. Judge Thapar asked then if the university would force a Jewish professor to honor a student's request to be addressed as "My Fuhrer."

The court was particularly critical of the school's shifting explanation for threatening to fire Meriwether if he again failed to address the student as a woman.

Shawnee State first claimed the professor was creating a "hostile educational environment," despite the fact that the student continued to excel academically. The university switched the charge to "disparate impact" after the faculty grievance, and then switched back to "hostile environment" during oral argument before the court.

"These repeated changes in position, along with the alleged religious hostility, permit a plausible inference that the university was not applying a preexisting policy in a neutral way, but was instead using an evolving policy as pretext for targeting Meriwether's beliefs," the opinion said, reinstating Meriwether's lawsuit.

"This case forced us to defend what used to be a common belief — that nobody should be forced to contradict their core beliefs just to keep their job," said John Bursch, senior counsel at the Alliance Defending Freedom, which is representing the professor.

Shawnee State told Just the News it was "not issuing a statement at this time" and "not commenting on pending litigation."

The three-judge panel emphasized that professors at public universities are not typical government employees.

While the Supreme Court ruled that public employers can punish workers for speech on the job, it expressly declined to extend that holding to "scholarship or teaching." Three other appeals courts have also exempted academic speech from punishment, the 6th Circuit said.

The high court's other rulings show no doubt that professors at public universities have a "right to lecture" and to be free from "laws that cast a pall of orthodoxy over the classroom."

This case is about far more than a Christian professor's right to state his objection to forced pronoun usage, the opinion said.

"If professors lacked free-speech protections when teaching, a university would wield alarming power to compel ideological conformity," even to the point of forcing "a civil rights icon to condemn the Freedom Riders." Public universities cannot act as "classroom thought police."

The court was persuaded that Meriwether's longstanding practice of addressing male and female students by "Mr." and "Ms." — with no transgender exceptions — was a "matter of academic speech" rather than unprotected "classroom management."

Both the professor and the university agree that "titles and pronouns carry a message," the opinion said: Meriwether's "mode of address was the message," and it's protected as a "matter of public concern."

This is reflected in broader society. "Never before have titles and pronouns been scrutinized as closely as they are today for their power to validate — or invalidate — someone's perceived sex or gender identity," the 6th Circuit said, noting that the 5th Circuit recently sparked controversy by refusing to identify a party by their preferred pronouns.

"Equated his good-faith convictions with racism"

Shawnee State showed unconstitutional rigidity in its directives to Meriwether, according to the court.

The professor's offer to address the student by last name alone "seemed like a win-win," and his dean Roberta Milliken at first approved this compromise, the opinion said. The student "was an active participant in class and ultimately received a high grade" while being addressed this way.

But prompted by another complaint from the student, Milliken banned Meriwether from even complying with the pronoun mandate while expressing his "personal convictions" in the syllabus. The dean gave him two options: no pronouns for any student, or female pronouns for the transgender student.

"That ban is anathema to the principles underlying the First Amendment," and it also deprived students the opportunity to hear "contrarian views," which harmed their education, the court said.

Milliken's "Hobson's choice" was also impractical in "a class heavy on discussion and debate," the court held, arguing Meriwether would "inevitably" use pronouns with students by accident, putting him at risk for discipline again.

The university cannot satisfy its "compelling interest in stopping discrimination against transgender students" by giving itself license to "discipline professors, students, and staff any time their speech might cause offense," the opinion said.

The judges also scolded university officials for their alleged "religious hostility" toward the professor when he raised concerns about the gender-identity policy.

His department chair Jennifer Pauley told him that religion "oppresses students" and that Christians were "primarily motivated by fear," Meriwether claimed. Provost Bauer allegedly wouldn't even let the professor's union rep present the grievance after laughing at Meriwether's beliefs. And the labor director compared the professor's views to "religiously motivated racism or sexism," the court said.

The judges compared Shawnee State's alleged actions to how the Colorado Civil Rights Commission mocked the Christian baker Jack Phillips for refusing to bake a same-sex wedding cake. In response to Meriwether's request for accommodation, "the university derided him and equated his good-faith convictions with racism."

The 6th Circuit cited alleged "irregularities" in the investigation and adjudication as more evidence that Shawnee State violated its obligation to neutrality.

The "moving target" of which university policy Meriwether violated suggests that the university devised an "after-the-fact invention" to justify punishing the professor. The court was also troubled by the university's "about-face," claiming that it doesn't offer religious accommodations after Dean Milliken initially approved the professor's last-name compromise.

The Title IX report didn't explain why failure to use preferred pronouns constitutes harassment, or how Meriwether's conduct harmed the student's education in any way.

The university also misstated the 6th Circuit's own precedent that banned a funeral home from firing a transgender employee for dressing as a woman, the judges said. That is "a far cry from what we have here — a requirement that a professor affirmatively change his speech to recognize a person's transgender identity." 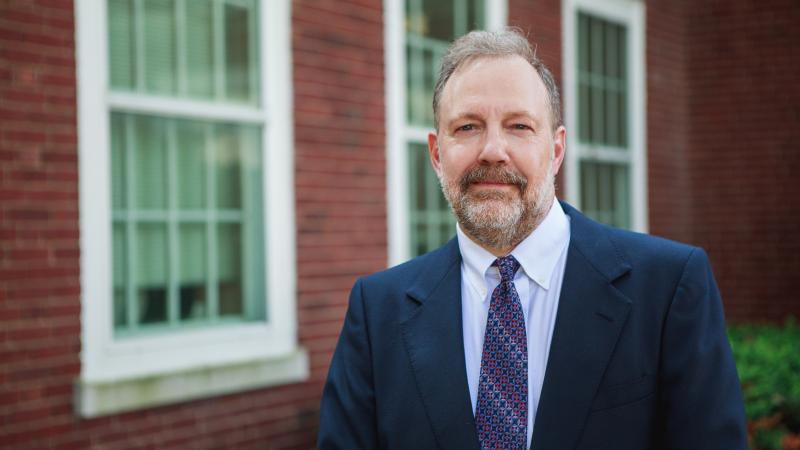 University pays professor $400,000 for forcing him to use preferred gender pronouns: lawyers